One of the things that I am discovering during the process of searching for P&L residences, is that the addresses have changed over the years. 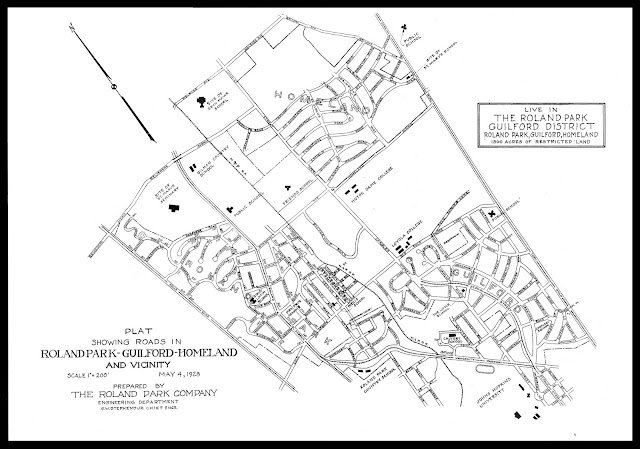 I first noticed this when I saw some addresses on Roland Avenue listed as 200 and 300 numbers, when I know that they are now 4600 and 5200. I think that the change came about when the city annexed the land that now makes up the northern part of the city.

You can track the annexation by looking at two of the main roads in Baltimore: North Avenue, and Northern Parkway. 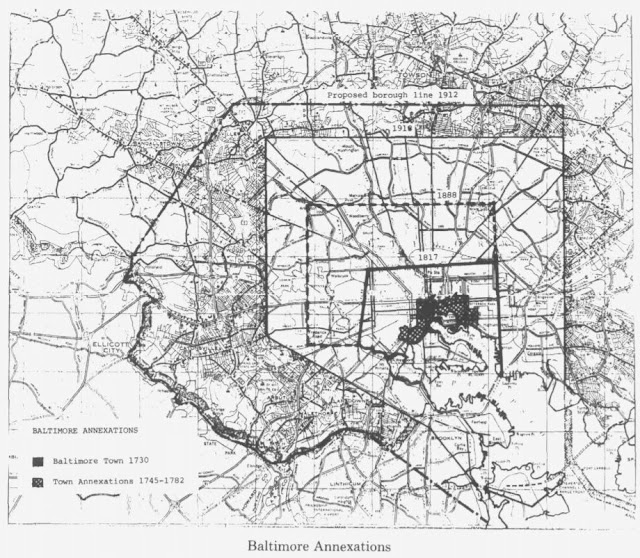 FYI, numbering for most blocks in Baltimore starts at the intersection of Charles and Baltimore Streets, which bisect the city into east and west, north and south.

So, 5200 Roland Avenue would be 52 blocks north of Baltimore Street. However, there are some oddities, like my old street, St. John's Road. East of Roland Avenue, the houses followed the "west of Charles" block numbering, but west of Roland, the numbering restarted at 1. This advert was from 1930. 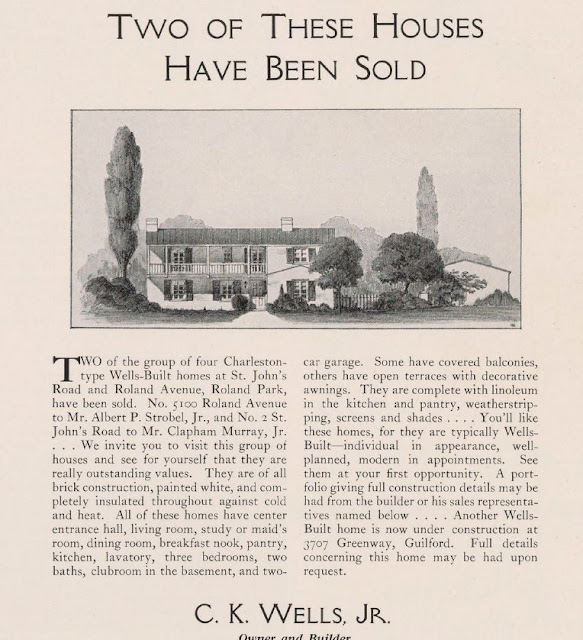 If you look carefully at the map above, you can see block numbers listed on some streets. Roland Avenue shows the blocks starting at 100, where it is now 4600.

Another street which has changed is Somerset Road. P&L designed a house which was listed as No. 11 Somerset, but that number no longer exists.

Using my ace detective skills, I figure that the house is six houses in from a corner, and on a side with other odd-numbered houses. But, now I need to find which corner!

And then there is this house on Somerset from 1913, that I will need to find as well.