Wawaset is a neighborhood in Wilmington, Delaware commissioned by the DuPont Corporation in 1919, just after Dundalk. While Dundalk was built for ship-yard workers and their families, Wawaset was built for the scientists and executives at DuPont. 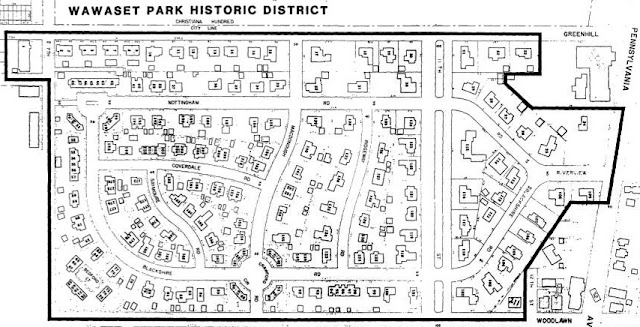 Wawaset's houses and landscaping were designed by Edward Palmer in the manner of Frederick Law Olmsted. There are 211 buildings, including single-family and semi-detached houses, and 110 garages. 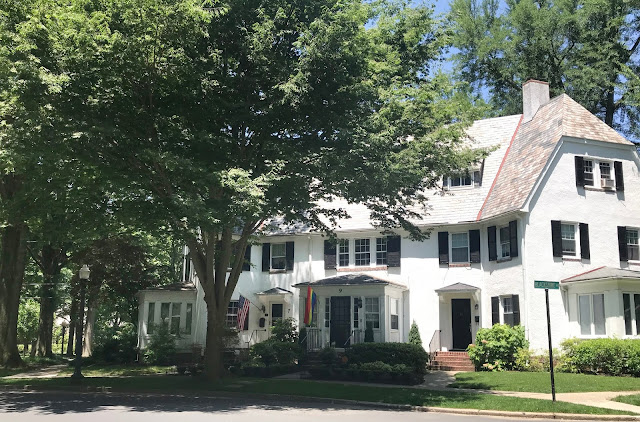 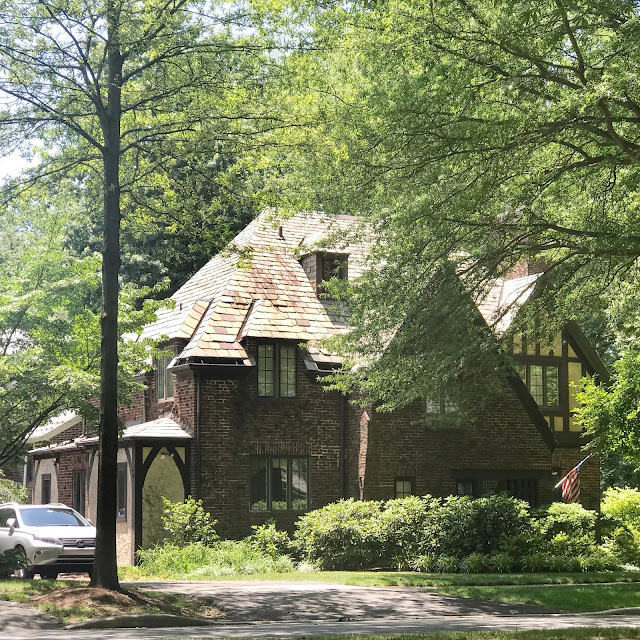 The materials were stucco, brick and stone, sometimes a combination of all three. And the details that Palmer was known for are prevalent here. 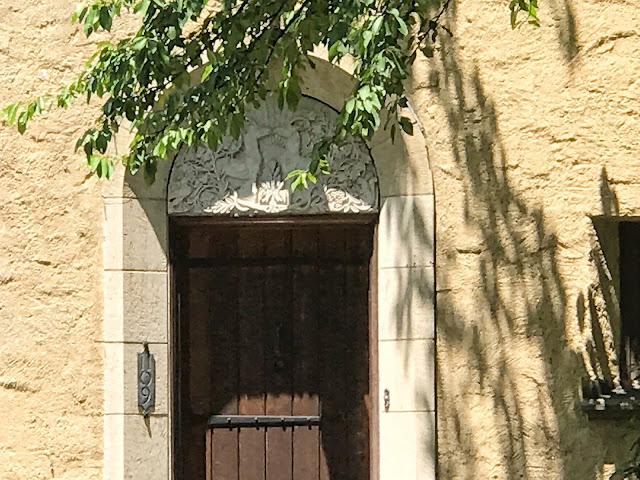 DuPont selected Palmer based on the work he had done in Roland Park and what he was beginning to do in Guilford. And there are many houses reminiscent of both neighborhoods. 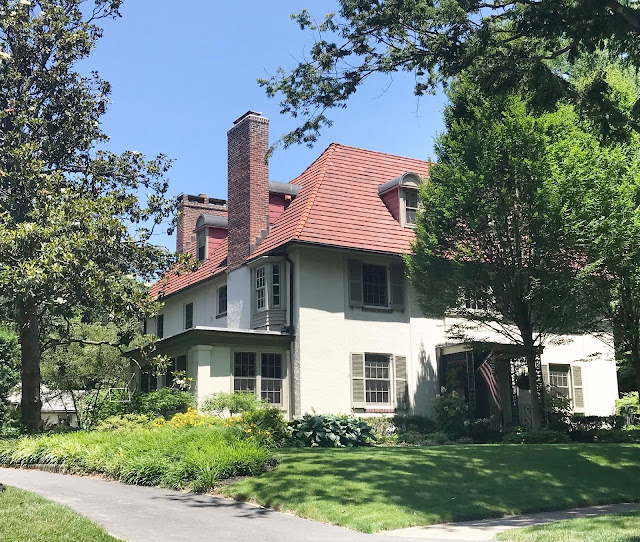 As in Roland Park, the planned landscape is a major element in Wawaset, with narrow, curving roads, lots of trees and wide green lawns. 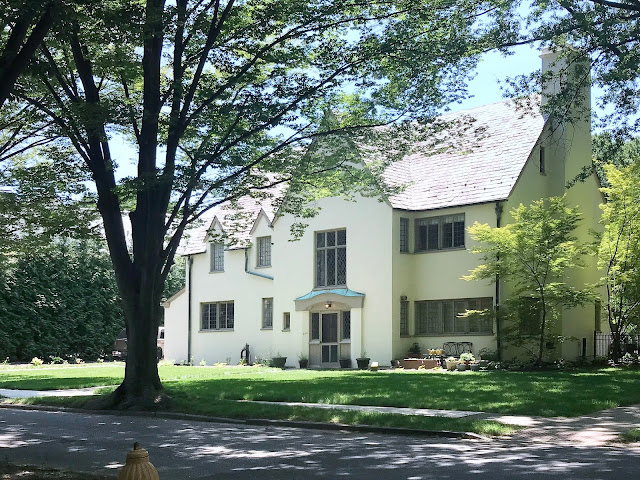 DuPont established restrictions on what could be done to houses, such as paint colors and additions, that were in effect until the 1940's, although they no longer owned the property. 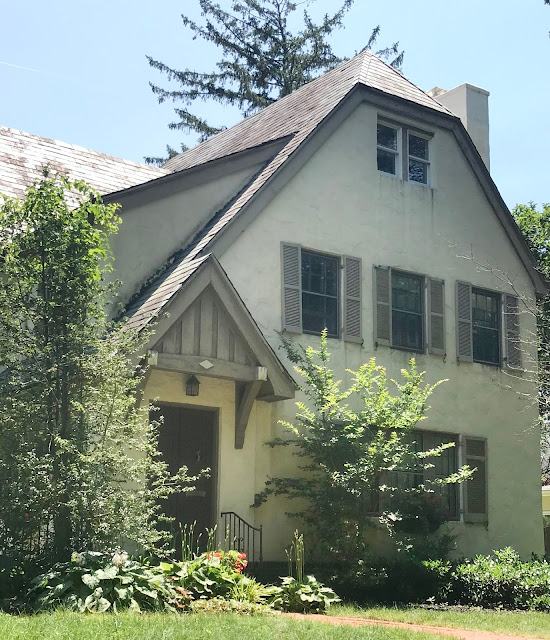 I recently took advantage of a clear sunny Sunday to drive up to Wawaset and check it out and take a ton of pictures.

I love this house and its spectacular garage with a cupola! 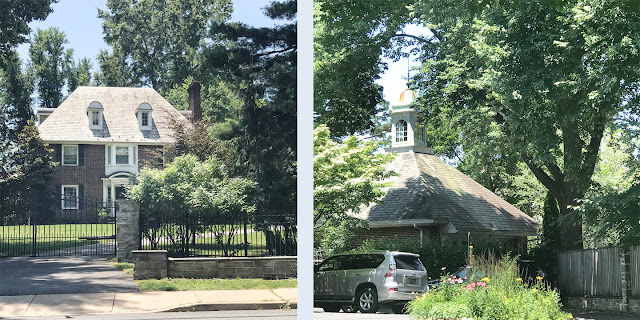 What an amazing roof-line! 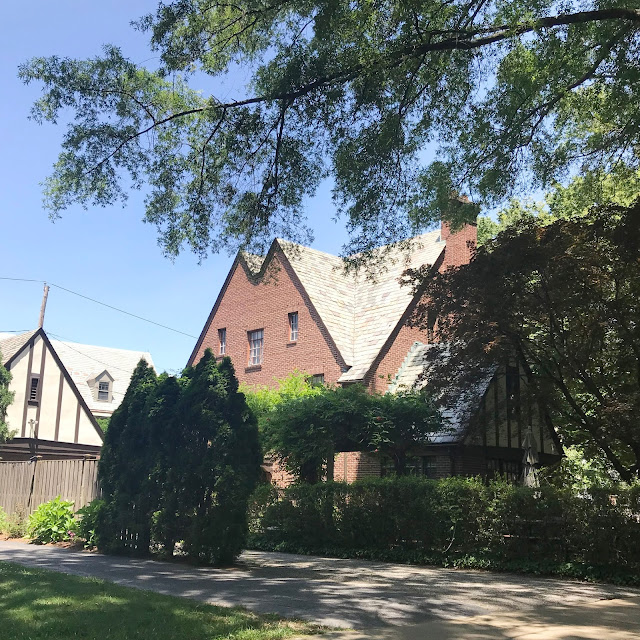 Check out the eyebrow window! 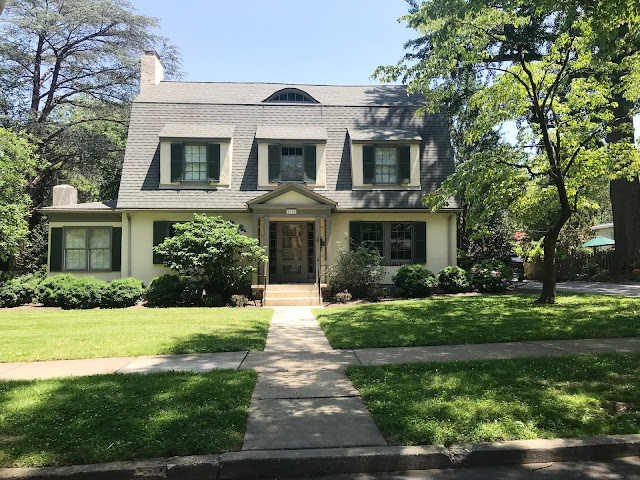 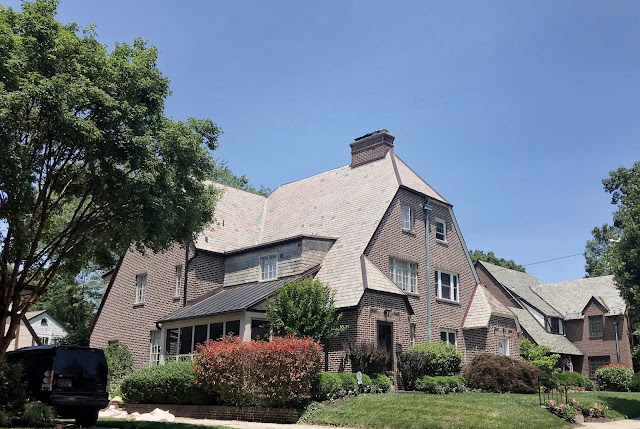 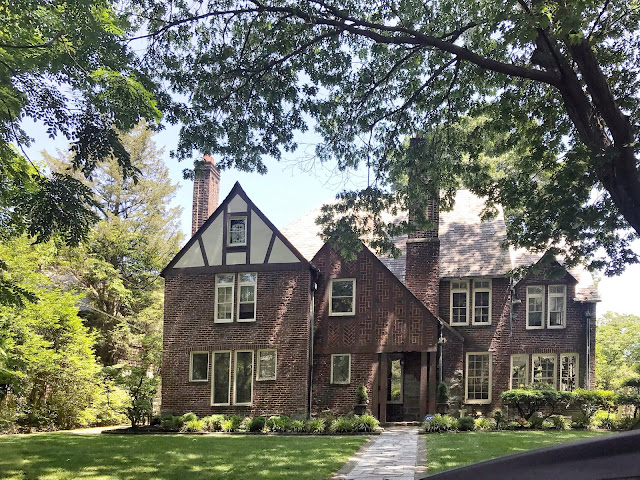 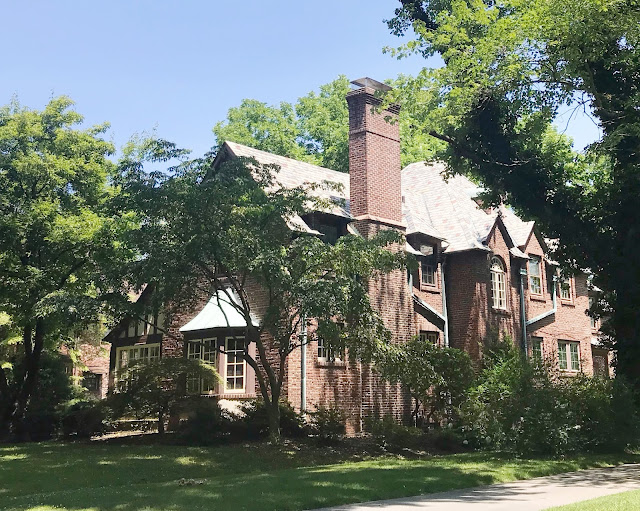 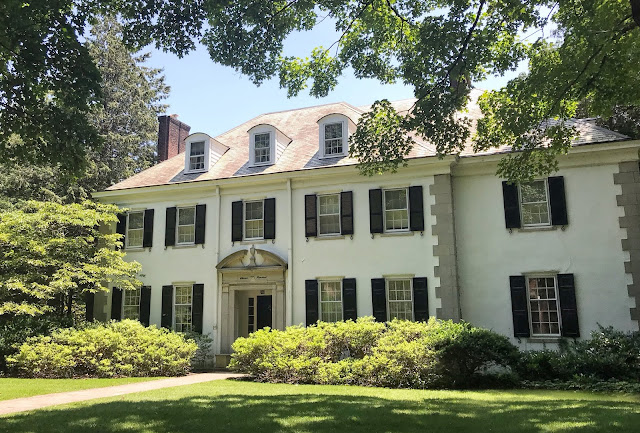 Leaded windows. I spoke with the owner of this house, and she told me that it had been empty for about 20 years and that they were restoring it. The house was built for E.F. DuPont's private secretary. 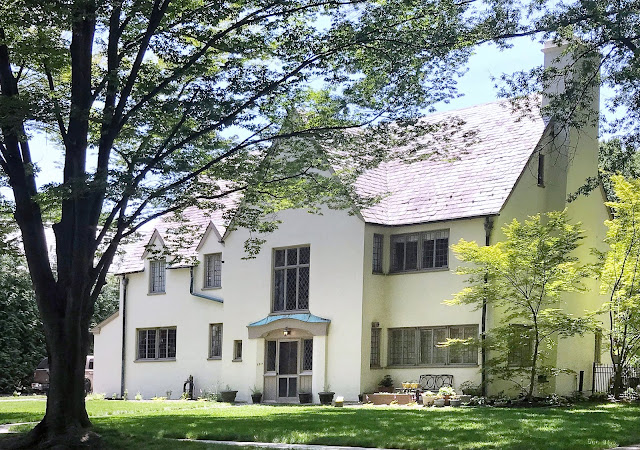 To read a very detailed description of Wawaset, and each and every house, please click here.
at June 26, 2019

Email ThisBlogThis!Share to TwitterShare to FacebookShare to Pinterest
Labels: Wawaset