The house at 4001 Greenway is one of the biggest and most impressive properties in Guilford. In real estate ads, it's most often referred to as the Abell property, which is somewhat correct. 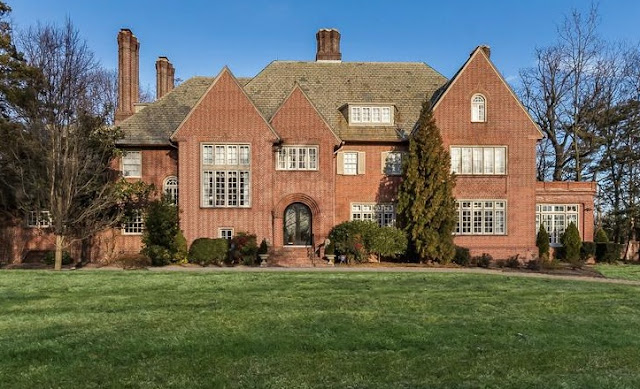 Much of the property which is now Guilford was once the Abell estate, and a mansion once sat on that section of the property. You can read a general overview of the history here. 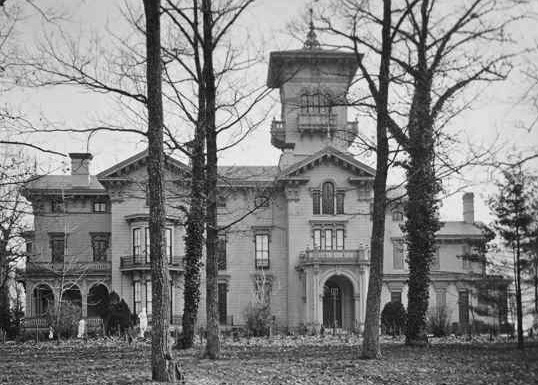 After the original Guilford Company went bust and was taken over by the Roland Park Corporation, the house, which had been vacant for many years, was knocked down.

In 1915, Edward L. Palmer was commissioned by C. Braxton Dallam to build a house. Interestingly, the sketch for this house was done by William Lamdin. (This was the only copy of this image I could find and to buy it would be $499!) 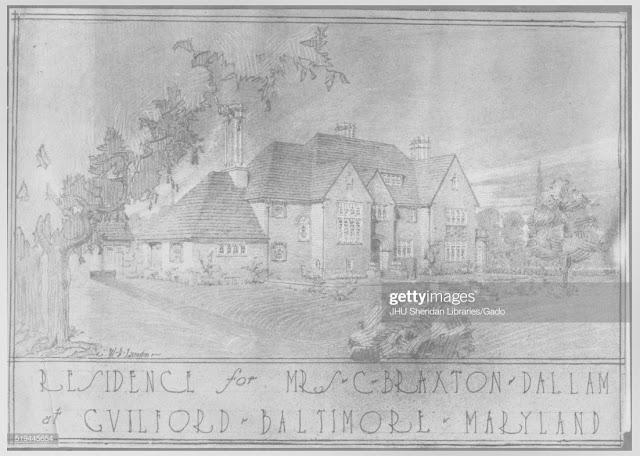 The caption on this image reads: Sketch of Mrs C Braxton Dallam's large two-story home on St Paul Street in Baltimore, the sketch is titled "RESIDENCE FOR MRS C BRAXTON DALLAM OF GUILFORD BALTIMORE MARYLAND", Mrs C Braxton Dallam was interested in various social and philanthropic activities, she was president of the Fell's Point Free Dispensary and a charter member of Women's Civic League, United States, 1910. This image is from a series documenting the construction and sale of homes in the Roland Park/Guilford neighborhood of Baltimore, a streetcar suburb and one of the first planned communities in the United States. (Photo by JHU Sheridan Libraries).

While the sketch says that the house is for Mrs. Dallam, the contemporary news articles talk solely about Mr. Dallam.

Mr. Dallam was the president of W.C. Robinson & Son, an oil company. He may have also been involved in the B&O Railroad and the Commercial Credit Company, and in a diary entry in the 1940's, H.L. Mencken refers to Dallam as head of the Home for the Incurables.

The house is designed in the Jacobean-revival manner, with monk-bond brick work, and the distinctive chimneys that are one of the Palmer trademarks. Other Jacobean characteristics in this house the mullioned windows on a flat front. The house is almost 10,000 square feet and sits on 1.29 acres with a private driveway and garage. This house reputedly has 52 rooms, including seven bedrooms and six-and-a-half baths. It was used for filming in the final season of House of Cards.

Fortunately, the house seems to have retained most of its impressive interiors, save for the kitchen and bathrooms. 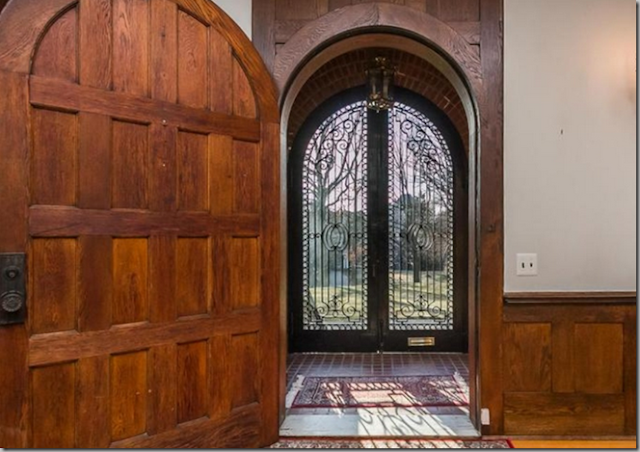 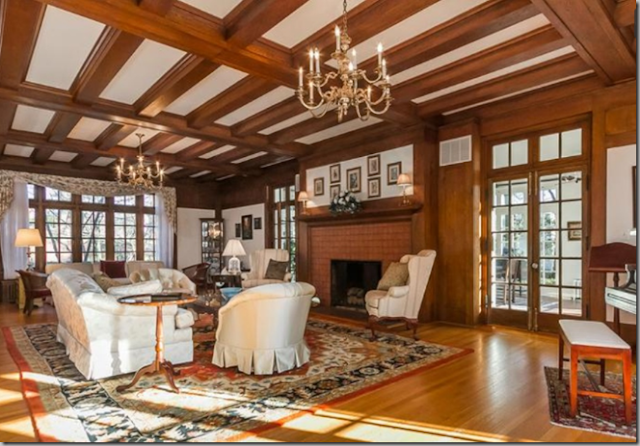 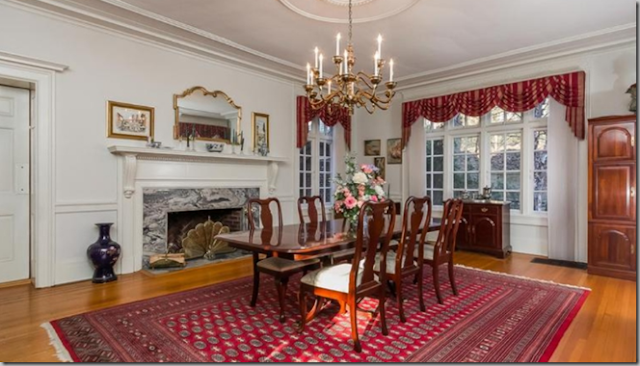 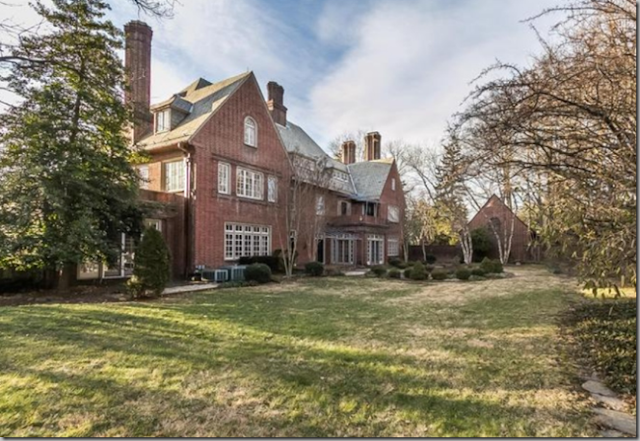 For several years, the house was on the market for a bit over $2 million, but it looks like it's under contract for significantly less. I wrote about this house a few years ago, where you can see more interior images, here.
at June 11, 2019