At my office, we have a number of portraits in our collection, and one of the most distinguished ones is of Dr. Lewellys Barker (1867-1943) by Tadeusz Styka. 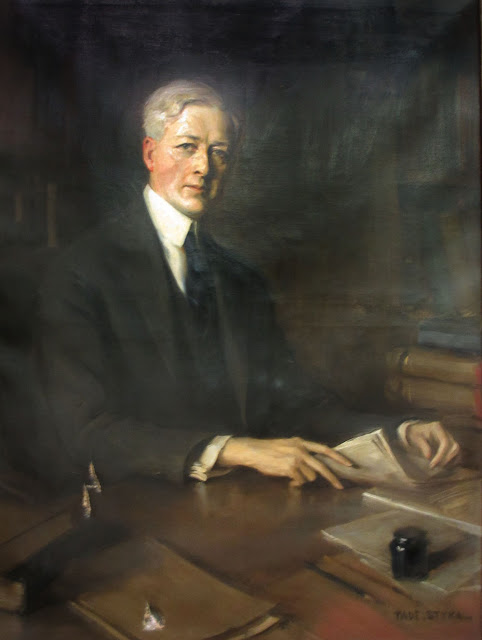 As many of his Hopkins colleagues did, Dr. Barker lived in Guilford. He was born in Ontario and followed his fellow Canadian, Dr. William Osler, to Baltimore where he arrived in 1891, just a few years after Johns Hopkins' School of Medicine opened. Dr. Barker assumed Dr. Osler's role at Hopkins when Osler left for Oxford, England in 1905. 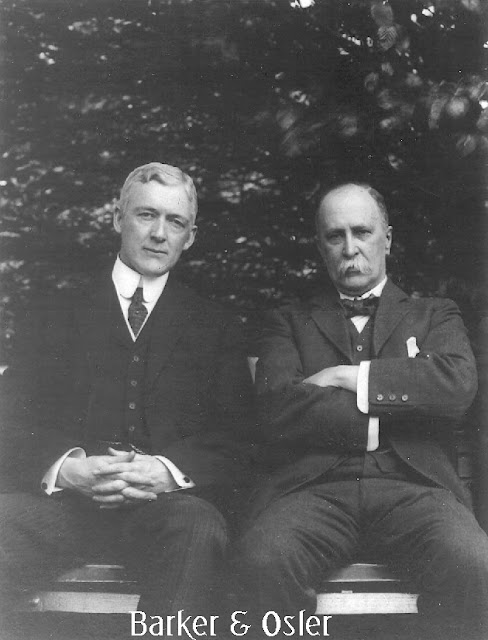 Dr. Barker and his family lived at 208 Stratford Road, just across from the famed Sherwood Gardens. As with most P&L houses, this has its own unusual features, including a small half-moon driveway and an entrance from that level. 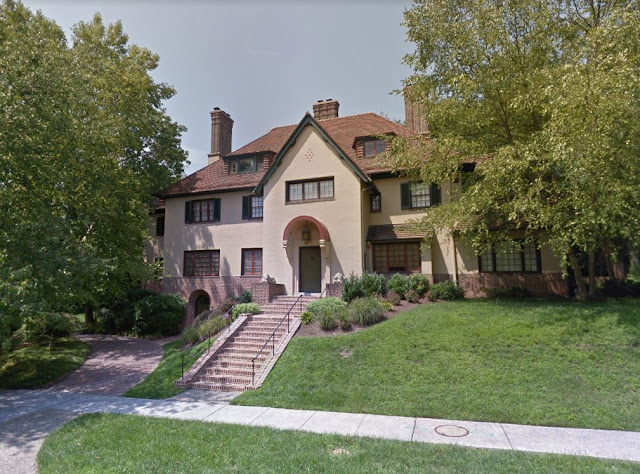 Dr. Barker was somewhat controversial in a stand he took against what was called "the full-time plan."

In 1914, Lewellys F. Barker, William Osler's successor as Professor of Medicine and physician-in-chief at Johns Hopkins University School of Medicine, resigned to enter private practice rather than accept the terms of a full-time plan, whereby professors in clinical departments would be salaried like other professors in the university. Barker had been an early proponent of the full-time plan. His decision reflected not only a personal desire for a larger income but also contradictions inherent in the Flexnerian ideal of clinical medicine as a research-oriented university discipline devoid of financial incentives to see patients. In private practice, Barker maintained a high profile as a teacher, writer, supporter of the Johns Hopkins medical institutions, and public figure.

This caused a huge schism at Hopkins and among Barker's friends and colleagues. However, most eventually came around and it became common.

Dr. Barker's daughter, Margaret Barker, was an actress in the 1920's and 30's. She was educated at local private schools in Baltimore, and had some success as a stage actress in New York. Until her death in 1992, she was involved in the theatre as a director or an actress. 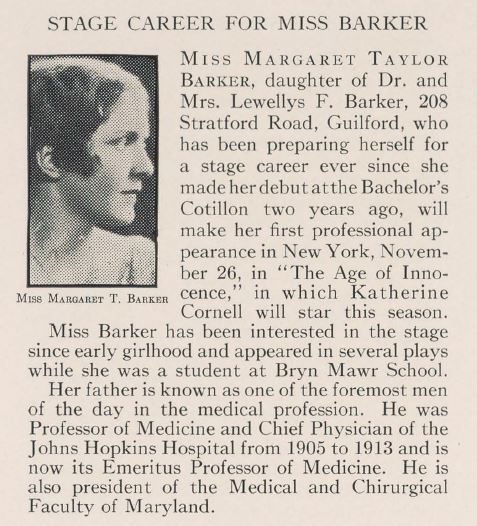