I have actually been working on this project for several years, but it wasn't until the revival of the Dead Architects Society that I decided to create a catalogue of the works of Palmer & Lamdin.

Among the more unusual projects P&L designed was the Shrine of St. Anthony of Padua out on Folly Quarter Road in western Howard County. 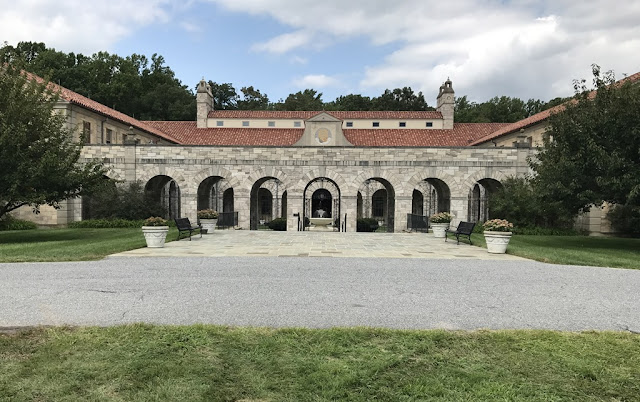 Now, I don't mind telling you that St. Anthony is one of my favorite saints, being the finder of lost things! I call on him more frequently as I grow older with a quick incantation and a wish for him to find what's been lost. So imagine my shock delight to see that the shrine to my favorite saint had been designed by my favorite architects! 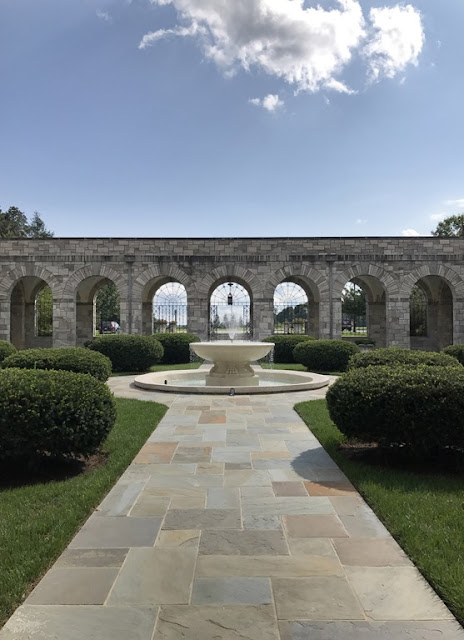 When I toured the Shrine, the docent, who got several facts wrong right out of the gate, said that the Shrine had been designed by one of the friars who was in residence. But the Shrine appears on lists of P&L's early works, and in an article by the esteemed Jacques Kelly. So, I tend to believe my facts, rather than the docent's. 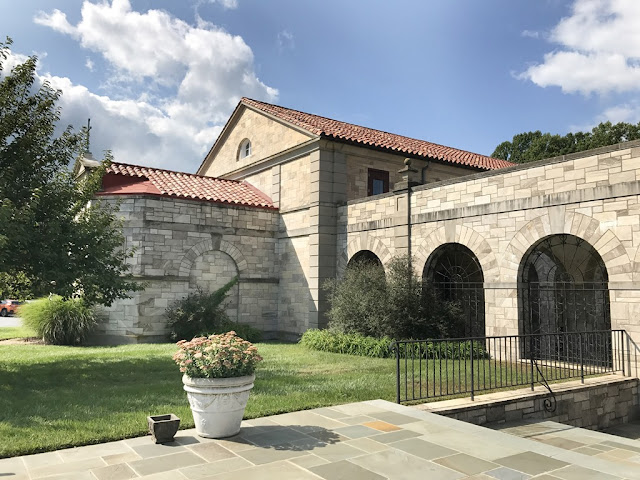 I was lucky enough to visit on a beautiful summer afternoon, with huge clouds scudding across the sky, and if you just shifted your mind slightly, you could believe you were in Italy.

Like most monasteries, the Shrine has a cloistered courtyard, surrounded by arched walkways. Of course, there is a chapel, which was apparently designed much later than the original building. 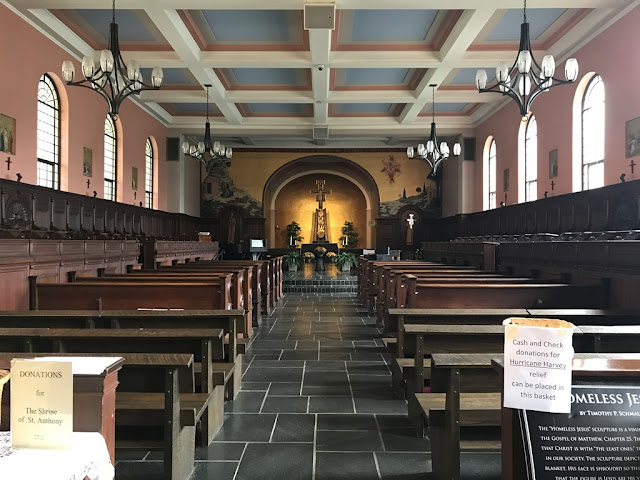 The atmosphere of the whole place is so serene and you can imagine the contemplative order walking and praying. 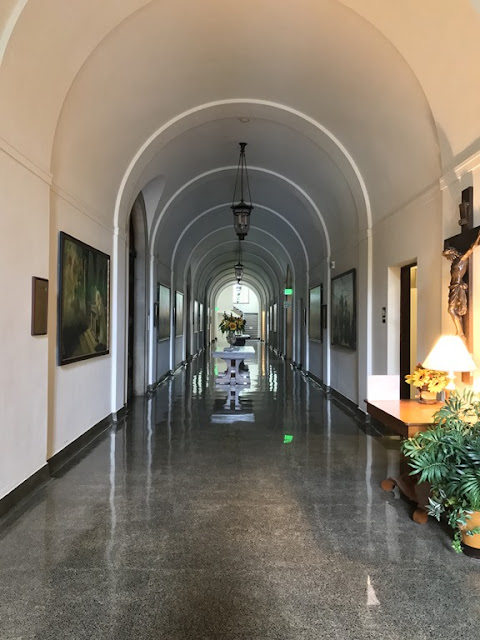 On Saturday, June 8, 2019, there will be a festival celebrating the feast of St. Anthony, with talks, adorations, masses, and confessions. It's a perfect time to take advantage of visiting one of the places that we're lucky to have in our region, and maybe confess some of those sins that have been sitting around taunting you. 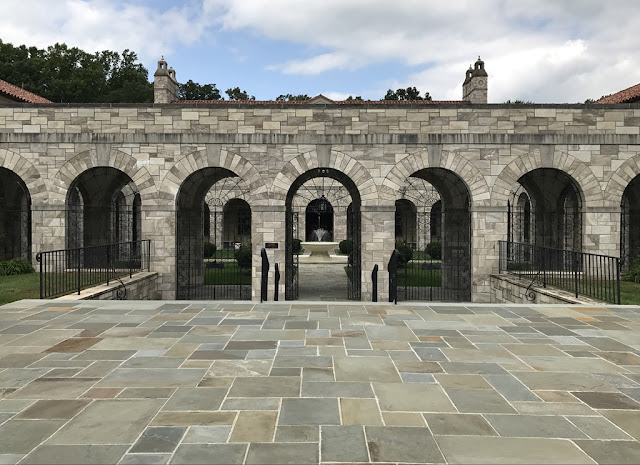 And what's even better is knowing that P&L were involved in the creation of this special place.
at May 31, 2019

Email ThisBlogThis!Share to TwitterShare to FacebookShare to Pinterest
Labels: In the Wild, Odds & Ends, Overlapping Worlds