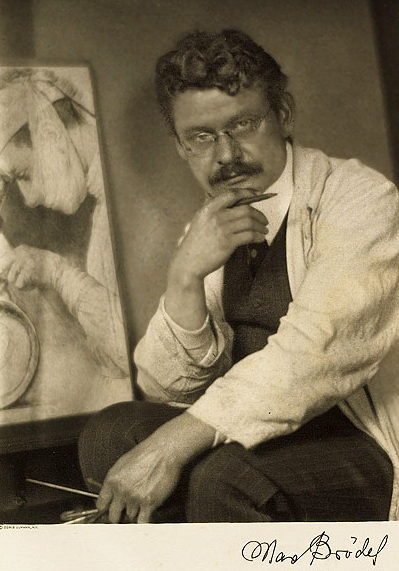 He was brought here from Germany by Dr. Howard Kelly, the noted gynecologist. He would work with Dr. Kelly to illustrate medical phenomena which were discovered during case-work and surgeries. Photography was still in its infancy, and it was often easier for Brödel to illustrate something immediately with Dr. Kelly giving direction. The medical illustration program was funded for its first decades by Baltimore philanthropist, Henry Walters, of the Walters Art Museum family.

Brödel soon became close friends with many of the physicians at Hopkins, including Drs. Harvey Cushing, William Welsh, William Osler and Thomas Cullen.

Cullen was in charge of the GYN Lab at Hopkins, so he and Brödel quickly became close friends. He created this bookplate for Dr. Cullen, which combined the professional - the illustration of Hopkins Hospital, and Cullen in his lab - with the personal - Cullen's house on a Canadian lake. 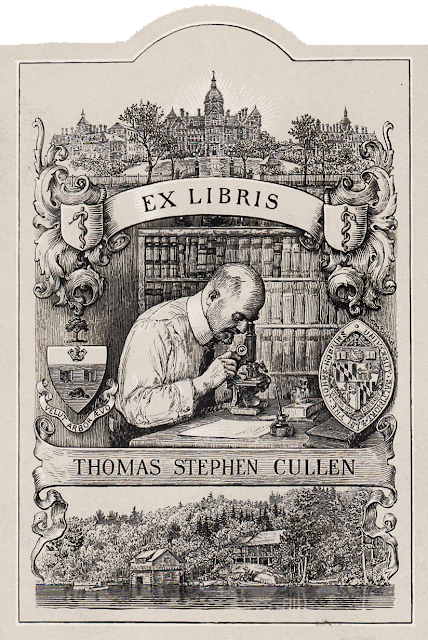 Additionally, Brödel's daughter, Elizabeth also worked for Cullen as his illustrator. In a brief biography that Cullen wrote of his friend, Max Brödel, he speaks of playing bridge at the Brödel's house once a week for many years.

Like many physicians, Brödel soon moved to Guilford, specifically into a house Palmer designed in 1916 at 320 Suffolk Road. I would venture to say that this house was built specifically for Brödel and that he knew Palmer personally. 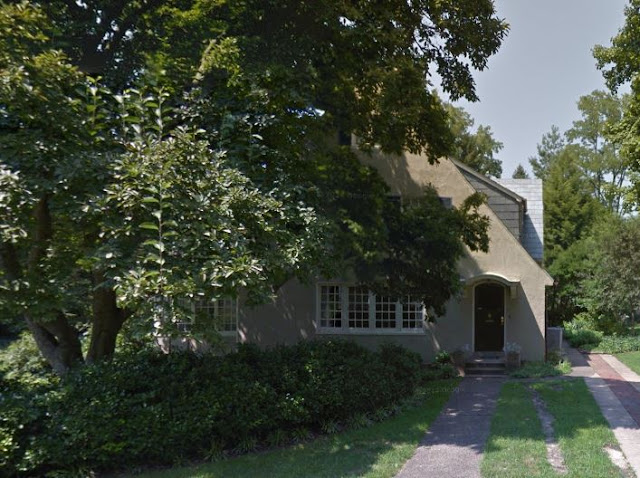 Sadly, the greenery in front of this house prevents snoops like me from getting a good picture of it. But it continues to be home to above-average residents, including US Senator Paul Sarbanes who raised his family there.  My sources tell me that there have only been three owners of this house in more than a century. 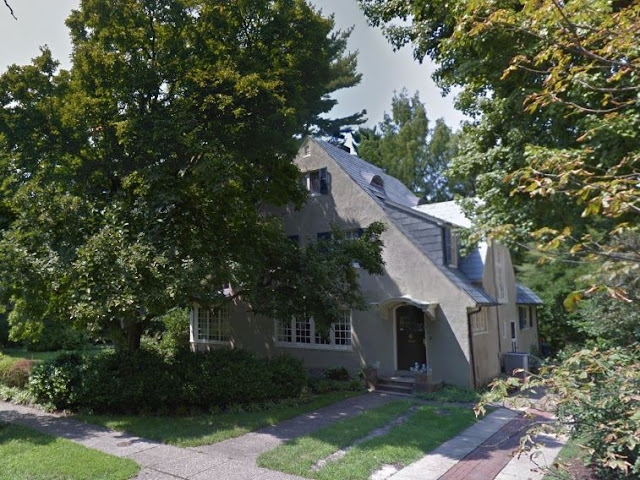 As I said in the first sentence, Brödel was a renaissance man. Despite several accidents involving his hands and arms, Brödel was a very accomplished piano player. He and H.L. Menken were stalwarts in the Saturday Night Club, a group of Baltimore's more artistic and literary men. In 1909, Brodel was made an honorary member of the Medical & Chirurgical Faculty of Maryland (where I actually work!), the first lay-person to be accorded this honor.

Because of the generosity of Henry Walters and many others, the Department of Art as Applied to Medicine was finally endowed, and it continues to this day.

To read more about Max Brodel, please take a look at this article which appeared in the March, 1931 issue of Roland Park Homes, Gardens & People. 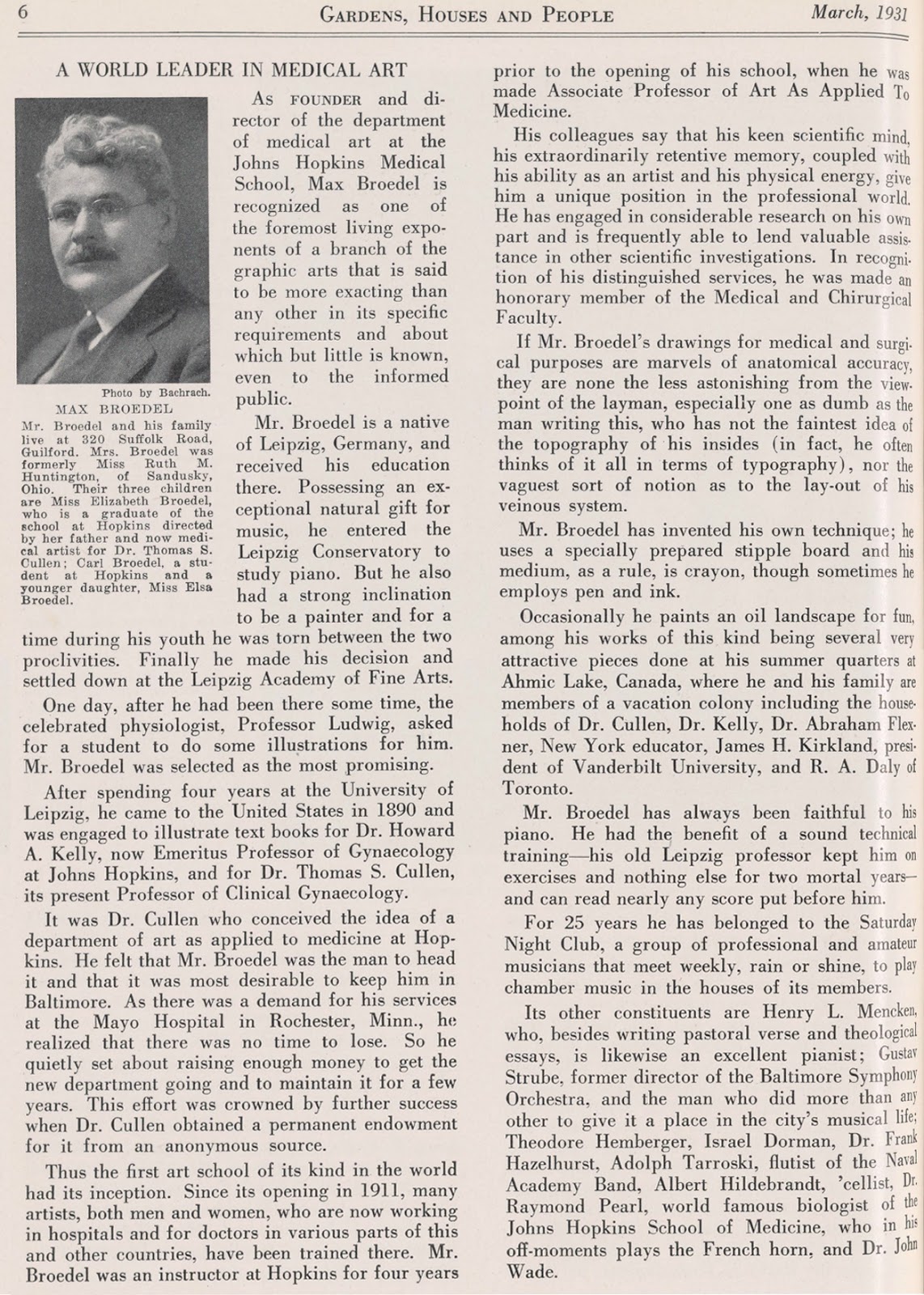