As I was searching back issues of Baltimore newspapers, certain addresses kept popping up. One of those was Two Paddington Court. 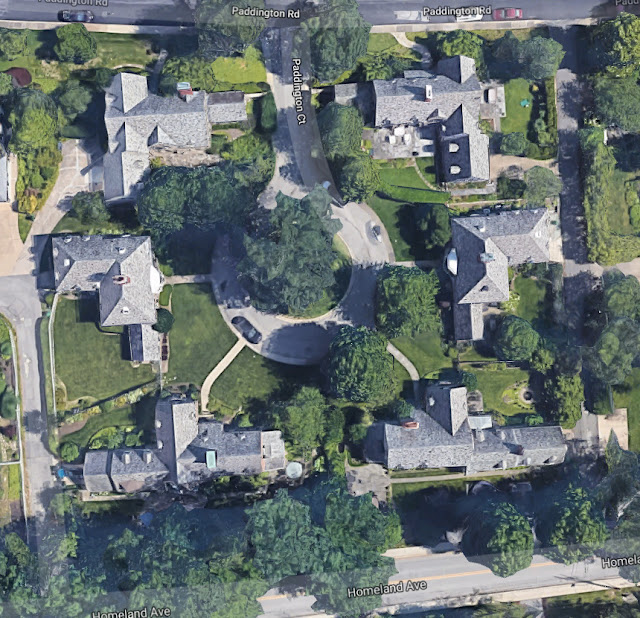 Paddington Court is one of several small courts off of Paddington Road at the south end of Homeland, backing onto Homeland Avenue. There are two houses that front on Paddington Road and four houses within the court. All have rear driveway access, which is especially handy since Paddington is verrrry narrow and only has parking on one side. 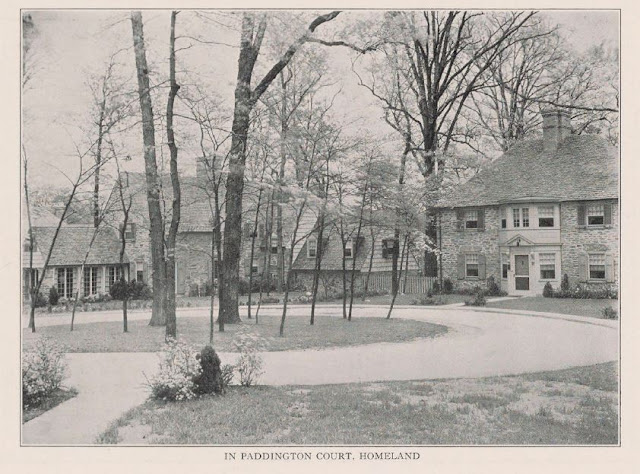 Beginning in the 1920's, Two Paddington was mentioned as a new home which was being sold.

Then soon after it's sold, it's re-sold to the Vice-Counsel of Norway, Cyril Klingenberg. He was Norwegian and his wife was American. They had two children, a daughter, Dagny and a son, Ivar. 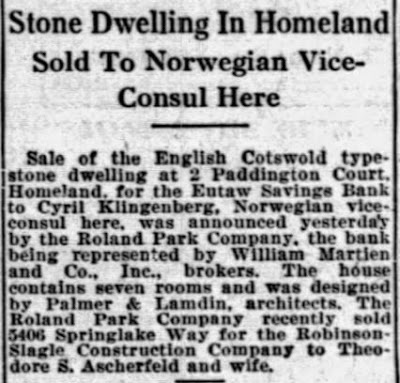 The house is alternately described as English Cotswold or Early American, and sometimes as having seven rooms and sometimes eight.

It seems that there was a huge fascination with Paddington Court, as it's often mentioned in the Roland Park Gardens, Homes and People, sometimes in articles and others in advertisements. 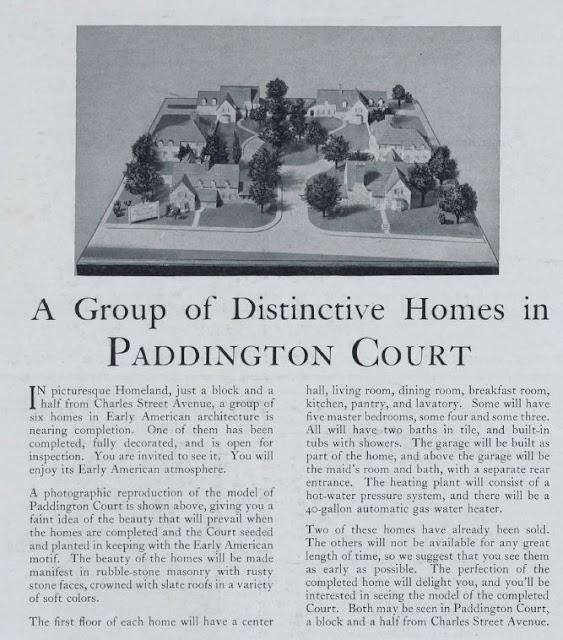 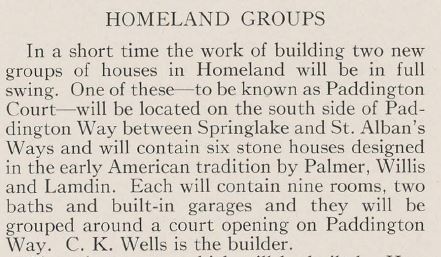 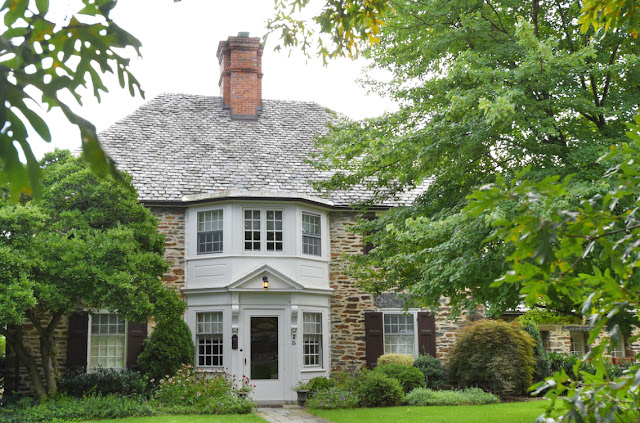 As you can see, it's a charming house, more Cotswold than early American to my eyes. My understanding is that one of these houses is coming on the market for the first time since the 1950's, so keep an eye out for it.
at May 02, 2019

Email ThisBlogThis!Share to TwitterShare to FacebookShare to Pinterest
Labels: Homeland, On the Market, Overlapping Worlds