As I was looking up another P&L house, I spotted several addresses on Bancroft Road. I knew a rather elegant couple who lived with their children on Bancroft Road, but I hadn't really thought about where it was or what was there. 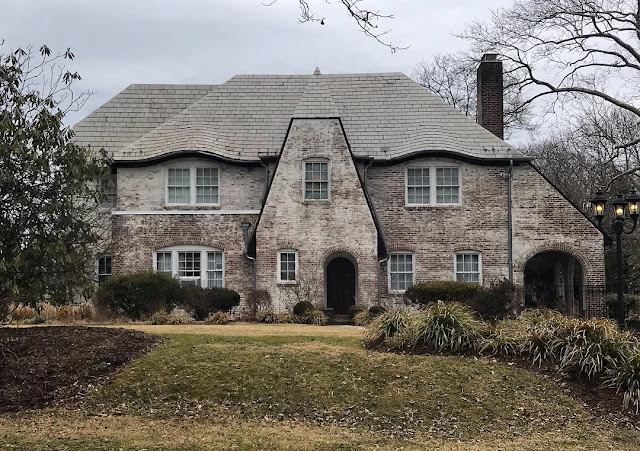 So, on an overcast Sunday afternoon, I put Bancroft Road into my GPS and headed over there. For those in Baltimore, it's located diagonally between Park Heights Avenue and Cross Country Boulevard. The actual name of the area is Bancroft Park due to a huge tract of woodland behind the road. 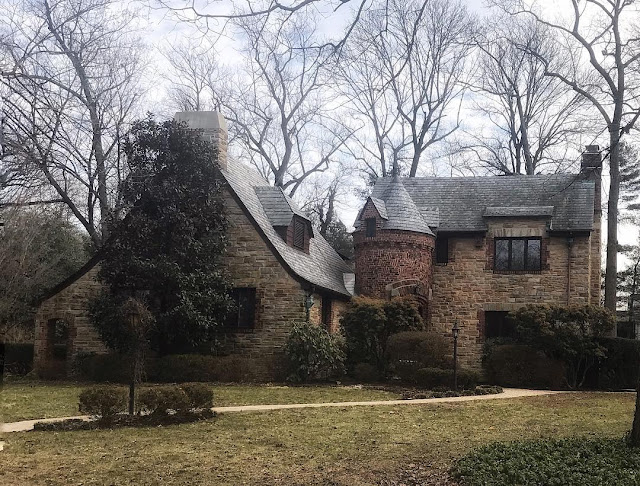 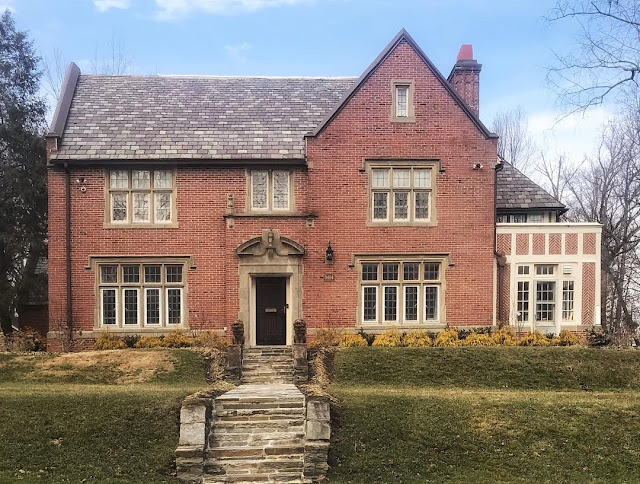 Apparently, the entire original plan, designed by the Olmsted Landscape was never fully implemented, mainly because the Bancroft Park Company thought there was too much wasted space with the wide roads and large lots. So all that was built was Bancroft Road itself. 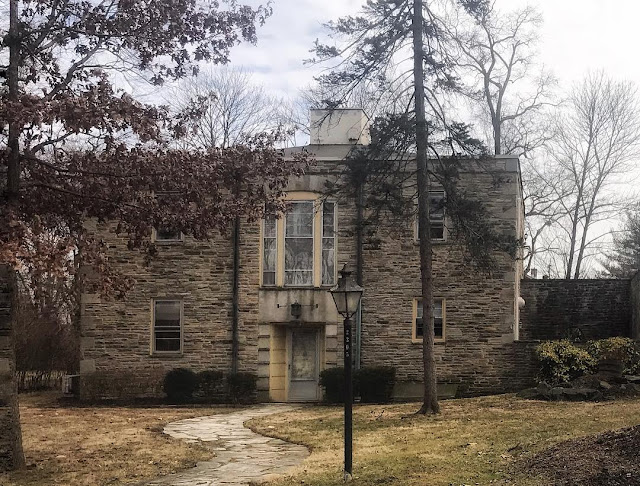 The houses have a set-back of at least 50 feet and there were building restrictions similar to those of Roland Park. Unfortunately, the streets aren't marked on this early 1900's plan. 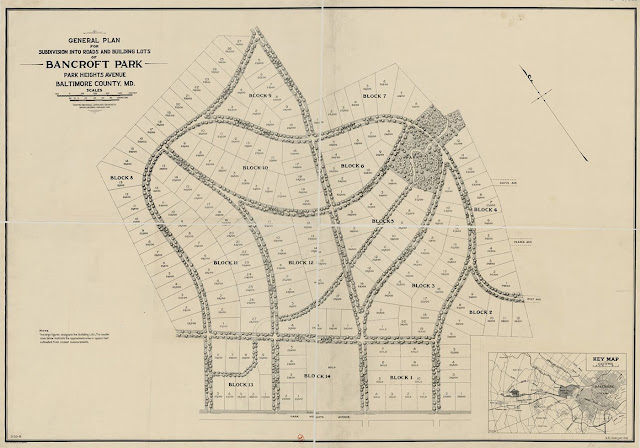 The houses are now mostly occupied by Orthodox families and some are well-kept and sadly, others are not. The area is in the Baltimore Eruv, which is an urban area enclosed by a wire boundary, which symbolically extends the private domain of Jewish households into public areas permitting activities within it that are normally forbidden in public on the Sabbath. 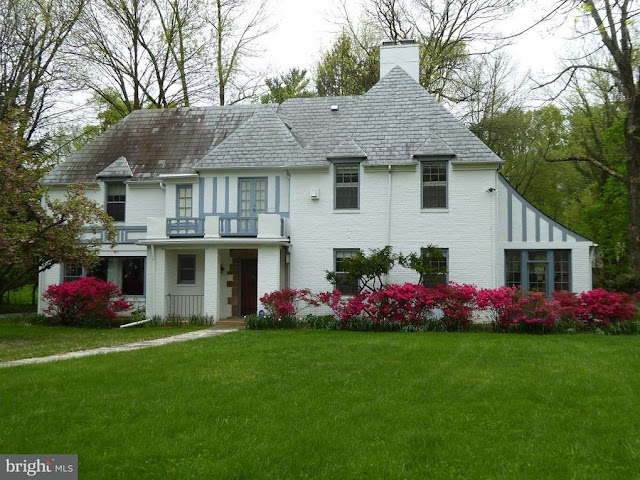 This is a fascinating article on the area which includes some interesting history, as well as some personal memories.
at April 29, 2019

Email ThisBlogThis!Share to TwitterShare to FacebookShare to Pinterest
Labels: Bancroft