A few years ago, some friends mentioned that they lived in Dumbarton, and I wasn't really sure what they were talking about. They explained that it was an old neighborhood, just north of the city, and that many of the houses had been designed by Palmer & Lamdin! I was shocked. I had never heard of this neighborhood that's not even 10 miles from my house. 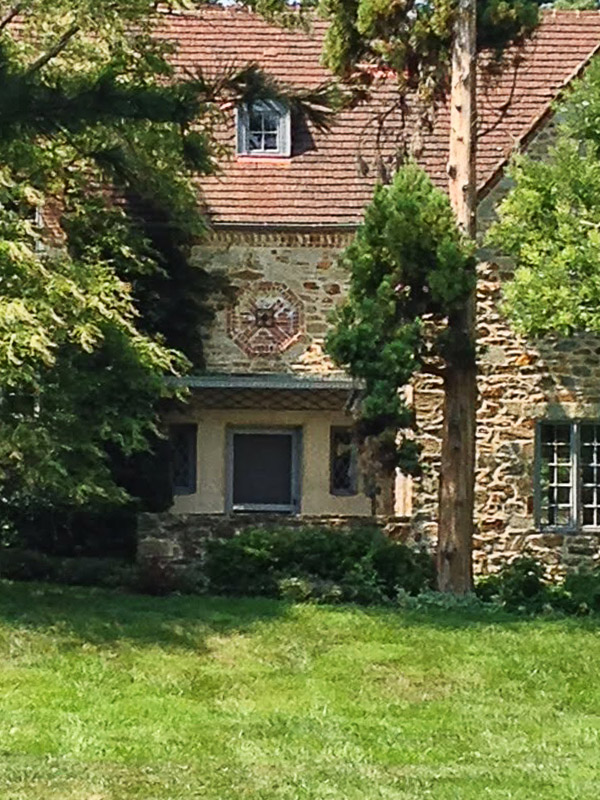 I decided to drive out there to check it out and fell in love with it. 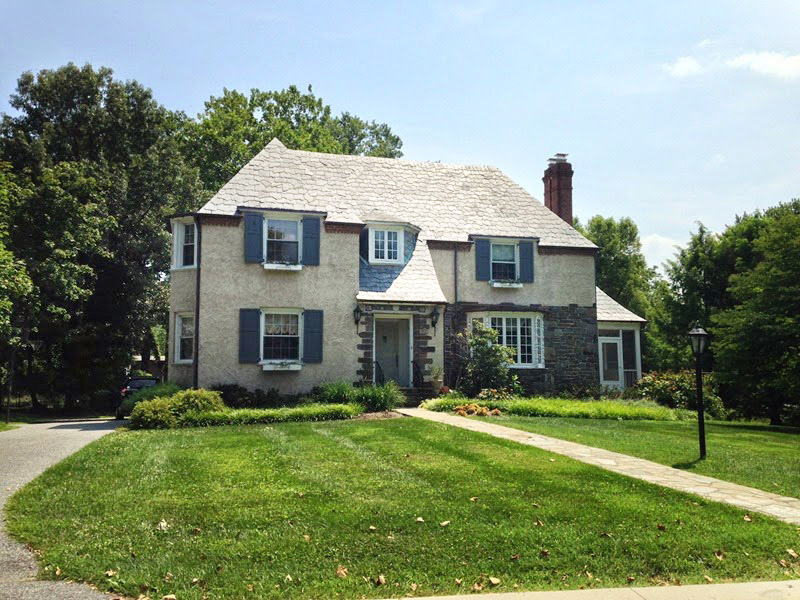 Dumbarton was originally a Jewish neighborhood with many of the city's merchants living there. Because neighborhoods like Guilford and Roland Park were restricted in the first half of the 20th century, the homes there were not available to them. But the architects of these homes were hired to build similar houses in the more Jewish neighborhood. 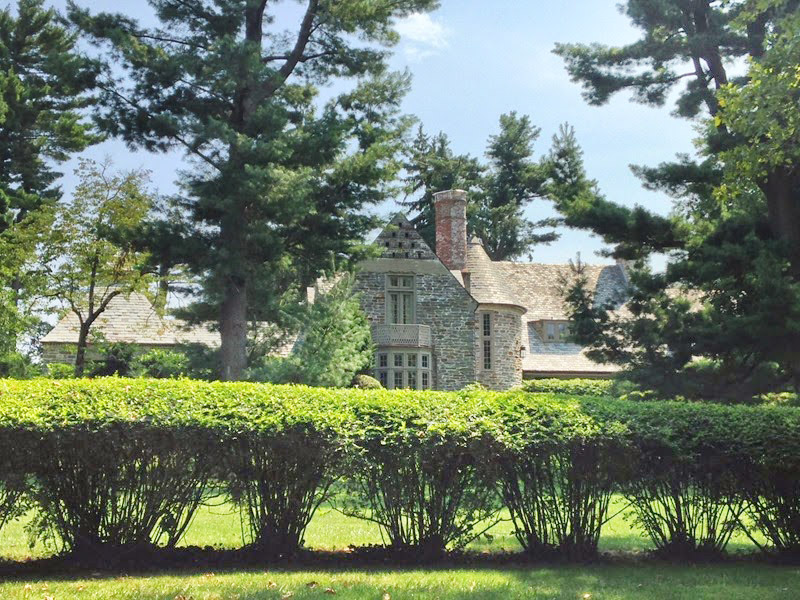 When I first showed some of these houses to a friend, he swore that this was Guilford. All of the P&L elements are there to see: swooped roof-line, turrets, mixed materials, projecting and receding facades, dovecotes and round windows, as well as corner entries. 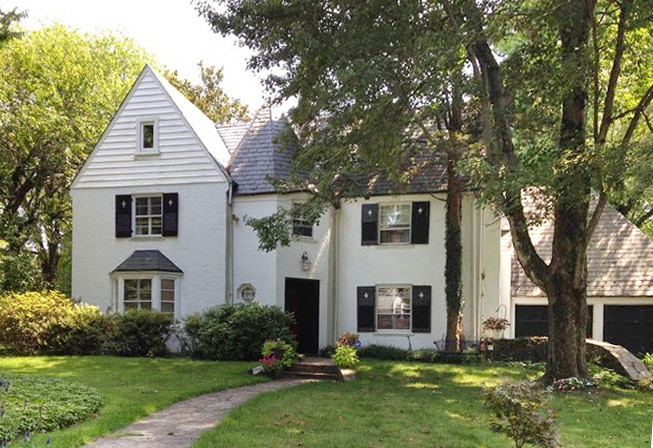 Dumbarton is just north of the city, between Park Heights and Seven Mile Lane. 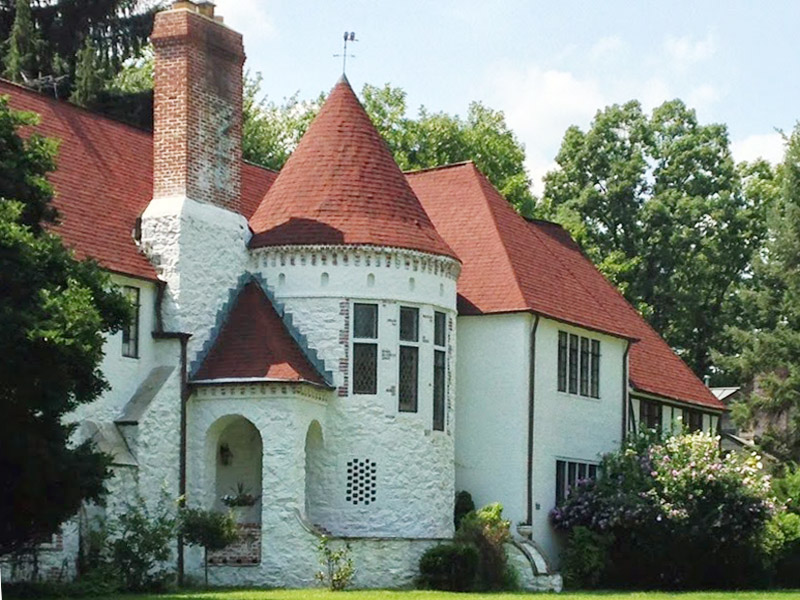 Sadly, someone painted over the stone and brick, and then added red asphalt roof tiles to this house, so now it looks like a faux Disney castle. You can see the original flare of the roof-line on the turret. 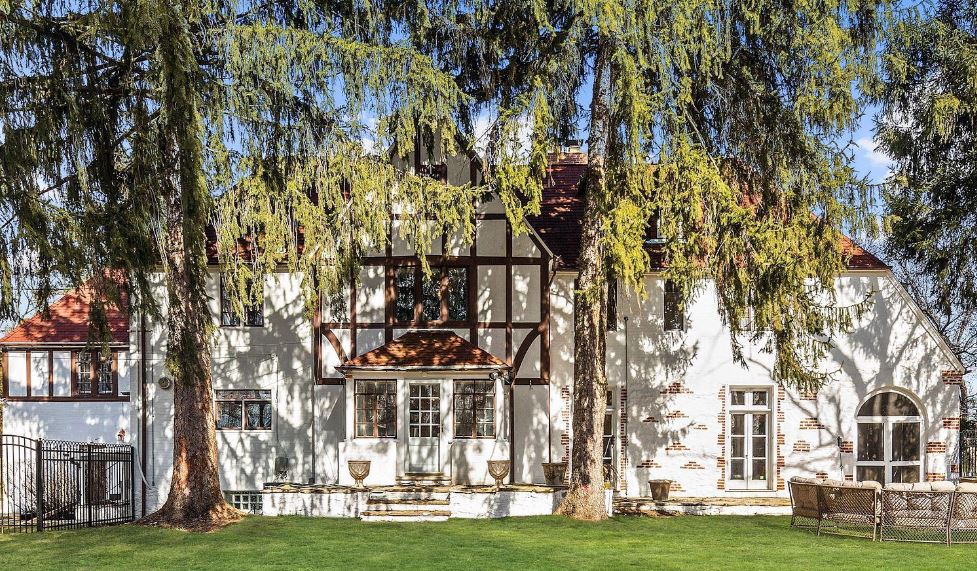 This house is on the market now, and you can see some of the original details in the listing pictures. Just avert your eyes from some of the newer features.
at April 04, 2019

Email ThisBlogThis!Share to TwitterShare to FacebookShare to Pinterest
Labels: Dumbarton