Certainly, when you think about Palmer and Lamdin, your mind immediately goes to Roland Park, Homeland and Guilford. But not to Dundalk. 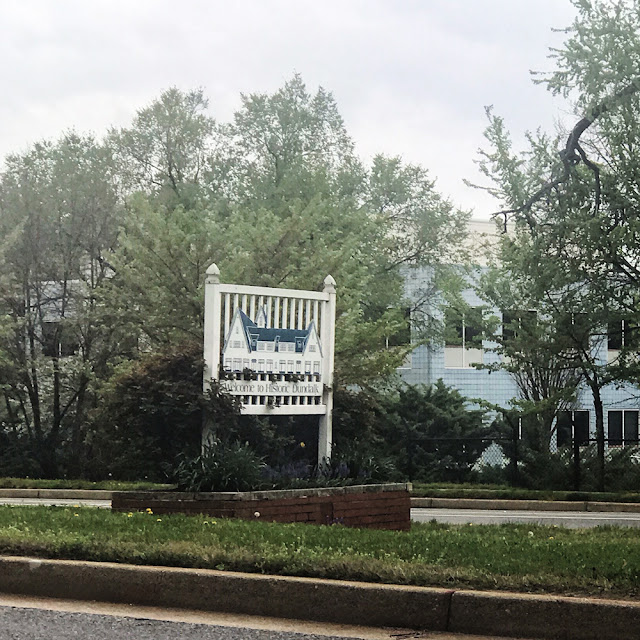 In 1917, Edward Palmer was asked to create a village out of 1,000 acres of farmland just beyond the eastern edge of the city. The land had been bought by the Bethlehem Steel Company to house their workers who had families. Another community, St. Helena, across Dundalk Avenue, was built to house bachelors. The new development enabled the Steel Company's expanding workforce to live closer to the mill, reduce commute time and absenteeism, and avoid the plant's noise and pollution.

Palmer envisioned a range of housing types that would be occupied by all classes of workmen. And unlike most grid developments which didn't provide stores or parks, Dundalk provided space for shops, offices, 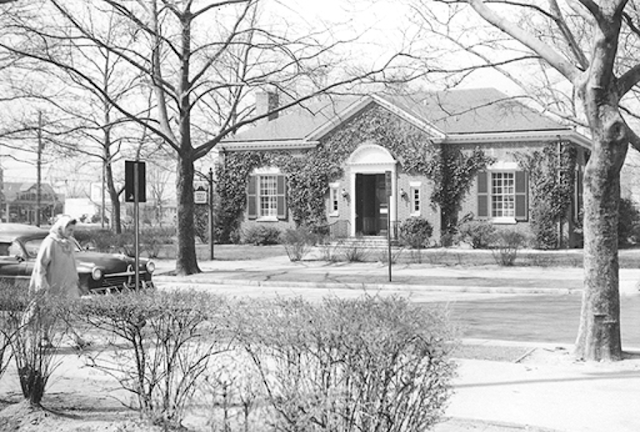 a community hall, transportation hub, recreational opportunities and a school.

Influences from Palmer's work on Roland Park can be seen in the housing stock in Dundalk.

There was a limit to building forms: only three or four basic plans were used. All of the houses have a combination of elements: steep roof slopes with a combination of gable, jerkin-head, shed and flared shapes. 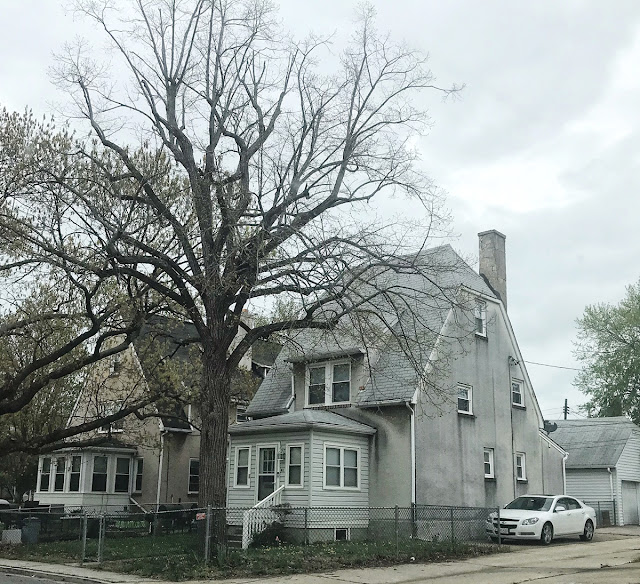 These motifs were combined to produce a variety of distinct housing types, fulfilling the government's mandate of expedience and low cost. 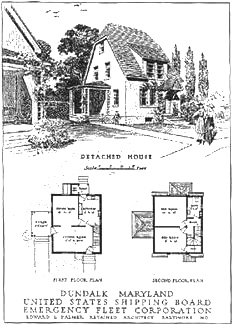 Shortly after construction on Dundalk began, the First World War ended and building was slowed. 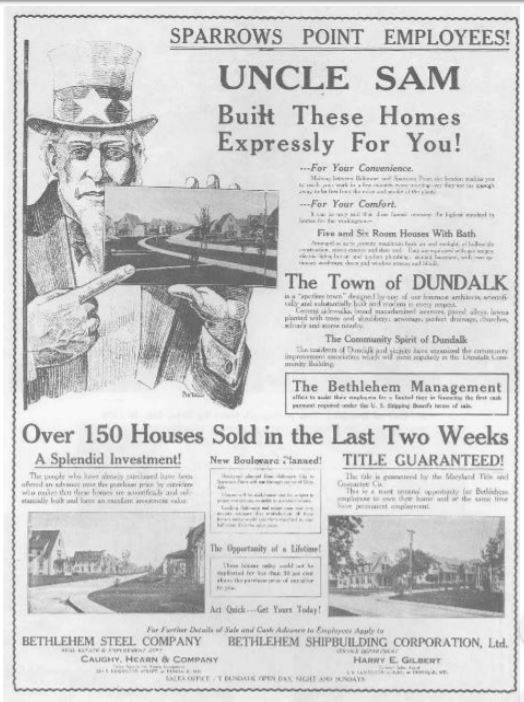 However, the government recognized the need for ever greater amounts of steel, and took over the project. The Emergency Fleet Corporation managed the project to its completion. 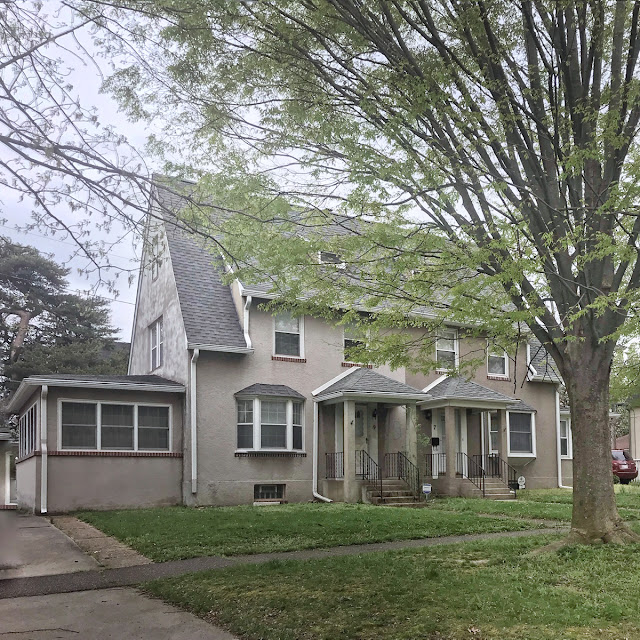 Frederick Law Olmsted, Jr., son of the famous landscape architect, was put in charge of the newly-formed Town Planning Division. 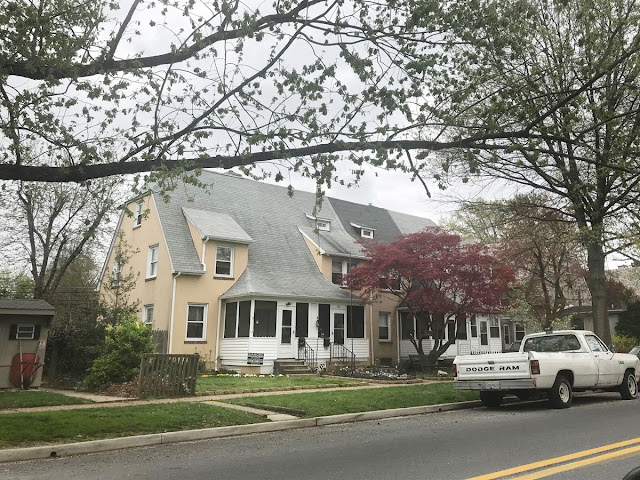 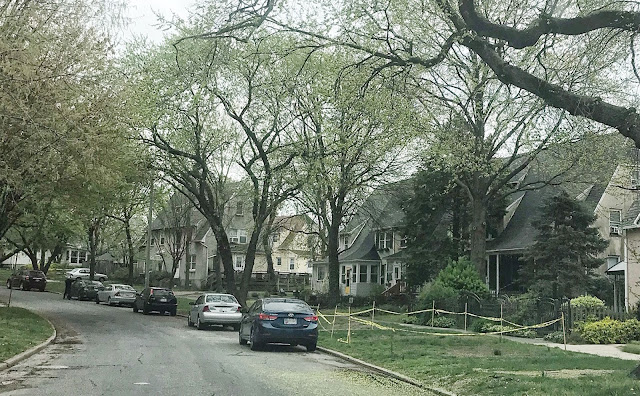 Between 1918-1920, more than 800 stucco houses with slate roofs were built. In addition to a few single-family and semi-detached houses, 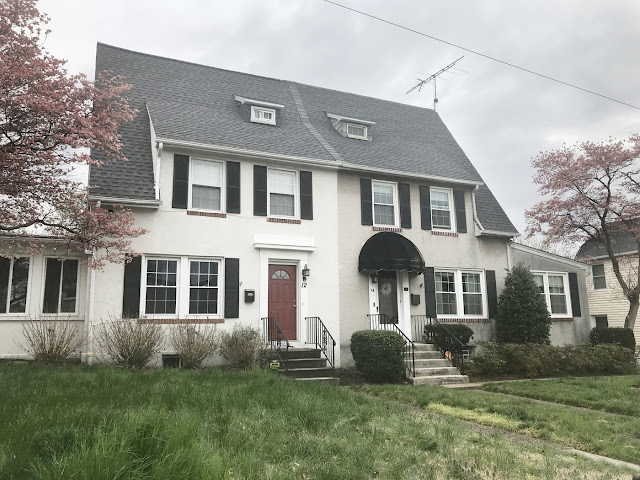 there were a number of blocks of row houses with Palmer's signature advancing and receding facades, and varied roof-lines.

The houses in the "Old Dundalk" section of the area, all have names referring to ships, including Shipway, Friendship, Portship, Kinship, Newship and others. 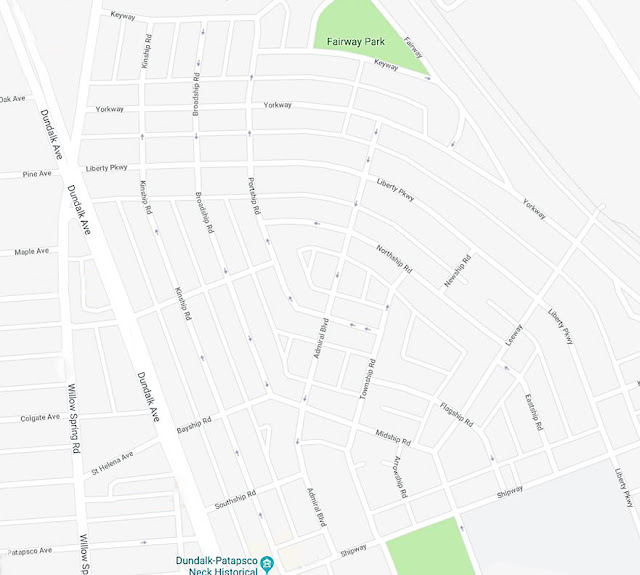 Today, many of the houses have been altered with additions including enclosed entries, awnings, new window styles, porches, 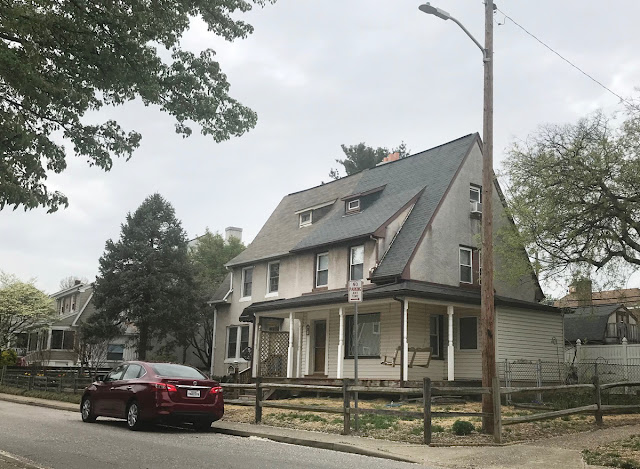 asphalt roofs and aluminum siding, most of this work can be quickly reversed. However, I did see one house with a third floor addition (wonder how that happened?!?!?). 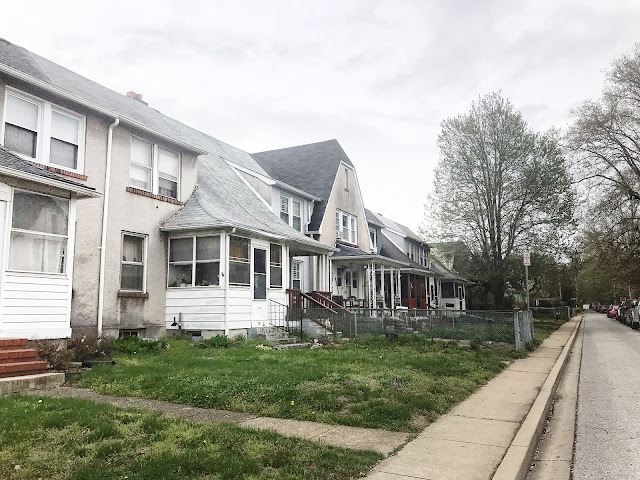 These houses do not come on the market frequently, but when they do, the new owners are restoring them, realizing what a treasure they now own.

In addition to Dundalk, P&L also designed a community in Wilmington, Delaware for the workers at DuPont. I just have to find a chunk of time to take a field trip there. Here.
at April 15, 2019