This has always been one of the P&L houses that I've admired for decades. I grew up in an old stone house, so stone houses have always caught my eye. 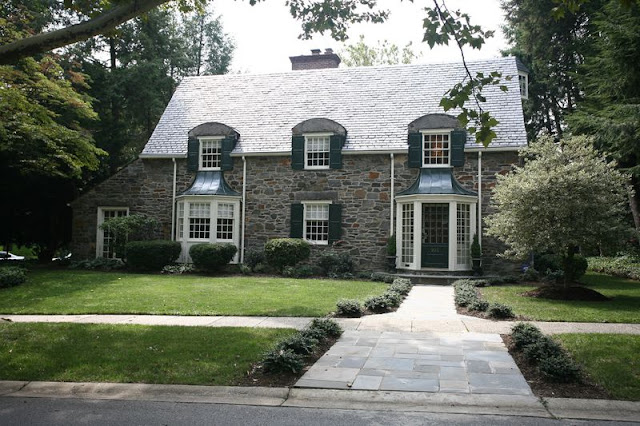 It's so charming and so beautifully sited, just across from the Guilford Gateway Park. It's on an odd intersection of roads, almost like a "you can't get there from here" interchange. I am never quite sure I am going the right way. 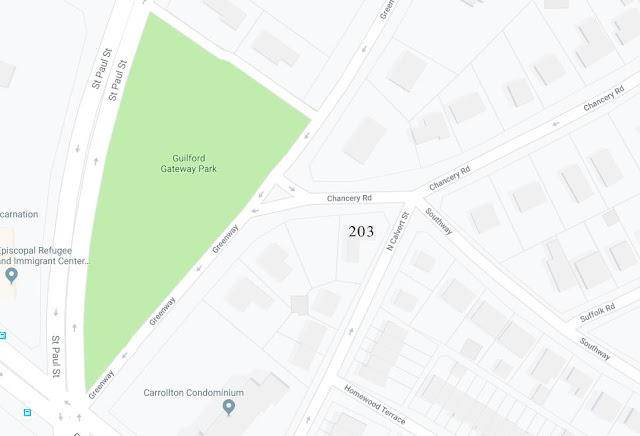 This house looks unassuming at first glance, but then when you really study it, 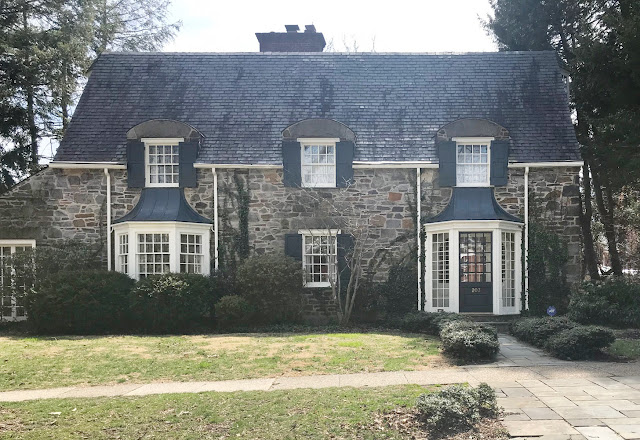 you see the graceful swoop of the formerly copper roofs on the ground floor and the way the rain spouts emphasize the front door and vestibule and the windows. They also used that effect in other houses in Guilford.

There are some similar door/vestibule combinations in Guilford, no doubt designed by P&L. The vestibule opens to an arched doorway, with two side windows. Luckily, all of the original hard-wood floors and mill-work remain, as do the ceiling medallions. 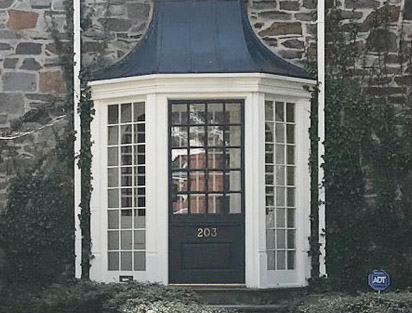 The house has five bedrooms, including the master bedroom with an 18-foot ceiling, plus three baths and two half-baths.

In the Roland Park Gardens, Homes & People magazine in 1928, there were two mentions of this house. This was from March and was a cardboard mock-up of the house. The splotches are from the original picture in the magazine. 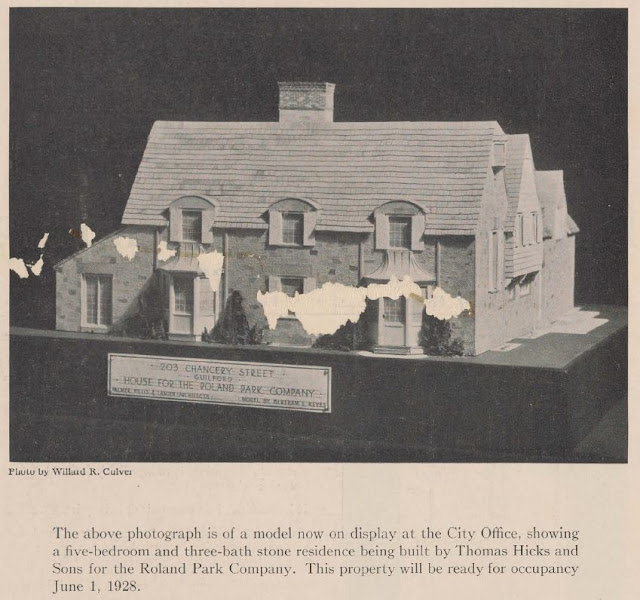 In May, this little piece appeared.

As noted, Mr. Keyes was a model maker who did work for clients up and down the East Coast, including one of the House of Representatives in Washington, DC. He was President of the Architectural Club of Baltimore City in 1911.

Interestingly, the Architectural Club was located at 847 Hamilton Terrace, which was just off Eutaw Street, where MedChi had its HQ for about 20 years. In 1909, MedChi opened its building on Cathedral Street and vacated Hamilton Terrace.

Regardless of the century or decade, this proves that everything in Baltimore is fewer than six degrees of separation.
at July 31, 2019