Not everyone could afford to live in one of Palmer & Lamdin's extravagant homes in Roland Park, Homeland or Guilford, but many still wanted to live in the suburbs of Baltimore. 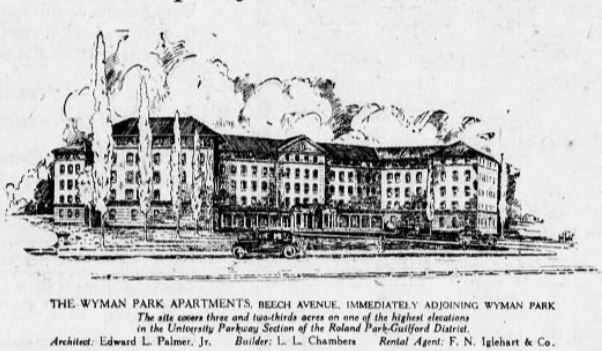 So, in 1921, ELP was commissioned to design an apartment house, originally to be called Stony Run Apartments. It was to be five stories high, and would occupy one-third of a four-acre site overlooking Johns Hopkins University. Although the building would have a lobby and a restaurant, it would be operated as an apartment house, not a hotel.

This was about the same time as ELP was planning the Roland Park Apartments, just a mile or so north. At some point between the original planning and the construction, the name was changed to the Wyman Park Apartments, which is the name it retains today. 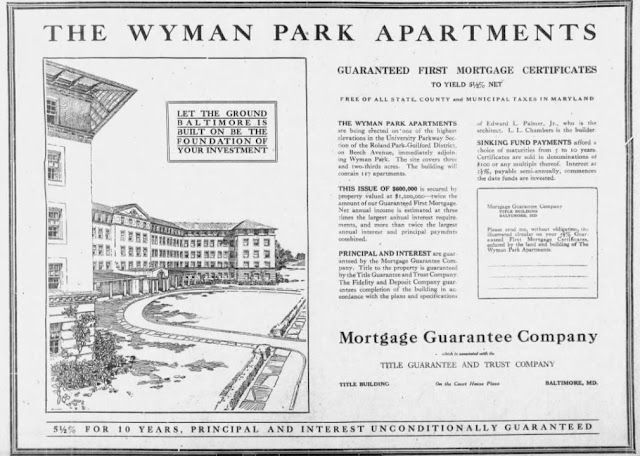 The frontage of the apartment house measured almost 300 feet long, and there was originally a loggia running across the ground level, as you can see in old pictures. Sadly, the front of the building looks like it has undergone a bad face-lift. 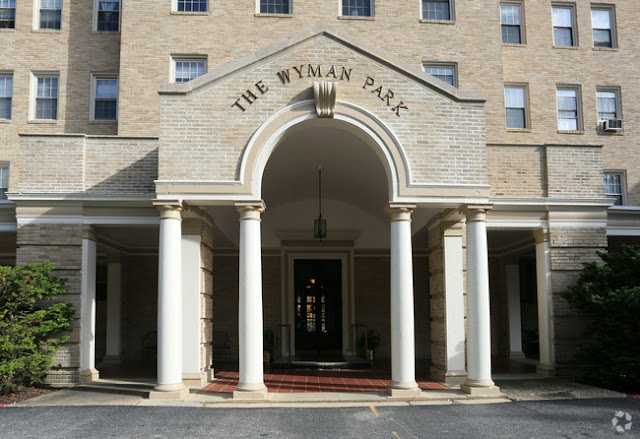 The apartments ranged from one room to five rooms, and there was an early elevator service, complete with an elevator operator. 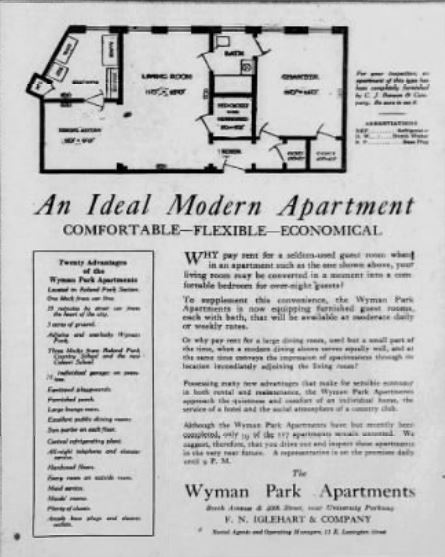 When visiting a friend there in the 1990's, I remember that she had a louvered front door, because there was no central air conditioning, and this helped with ventilation. 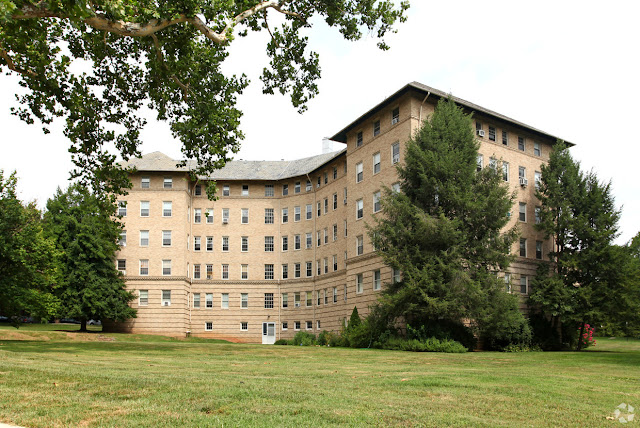 Luckily, the park-like setting of the Wyman Park Apartments has been retained, and its been home to thousands of Hopkins students since it's opening almost 100 years ago. 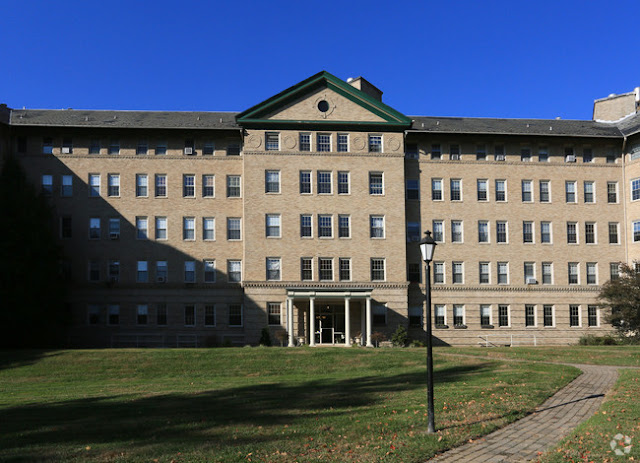 It is interesting to see an aerial view of the building, because it is hard to grasp the arrangement from the ground. Email ThisBlogThis!Share to TwitterShare to FacebookShare to Pinterest
Labels: Apartments, On the Market, Then & Now