P&L Tour with a New Friend & a House Tour

Sometime last year, I got an email from an architect in North Carolina who said that he lived adjacent to the Biltmore Forest Country Club in Asheville. Greg was very interested in Palmer & Lamdin's designs, and expressed an interest in coming to Baltimore to see their houses. But then everything shut down.

Fast forward to a few weeks ago when I got another email letting me know Greg would be in Baltimore and wanting to know if I could draw him a map of P&L houses in Roland Park, Guilford and Homeland. I did him one better and offered to take him on a tour of the three neighborhoods. In all honesty, a tour was going to be the easier of the two options, because if you know me, I am bone lazy! 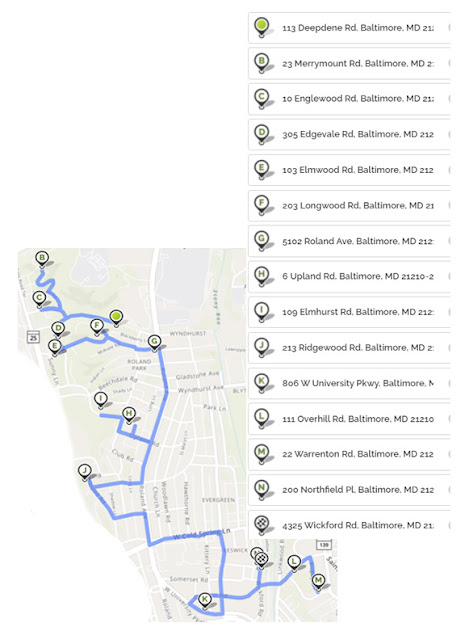 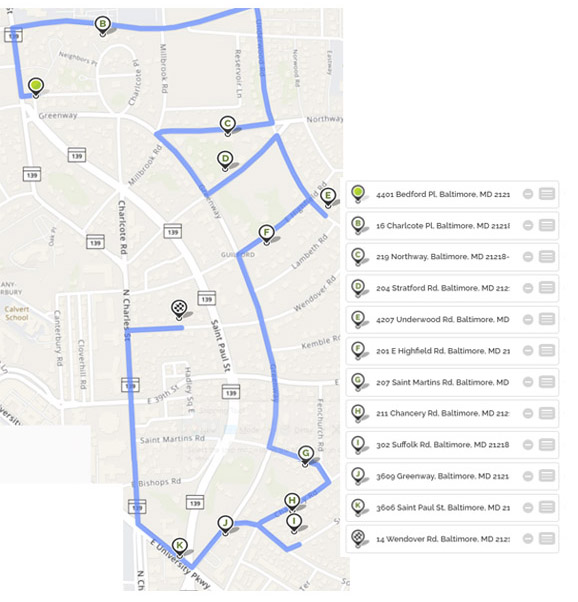 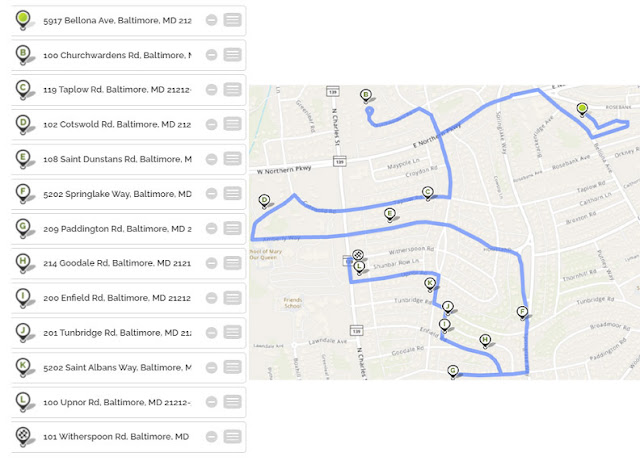 I plotted out a route and after meeting for a coffee at the local Starbucks, we hopped in the car and were on our way. It was a beautiful fall Saturday and everything looked its best. As we wound through the hilly streets of Roland Park, I pointed out the Swiss Chalet that Palmer designed for himself, 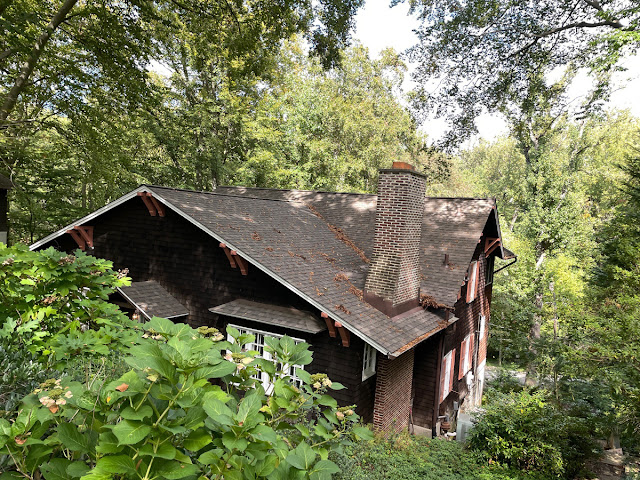 the wonderful Edgevale Park, the stately Roland Park Apartments, along with a number of private homes. 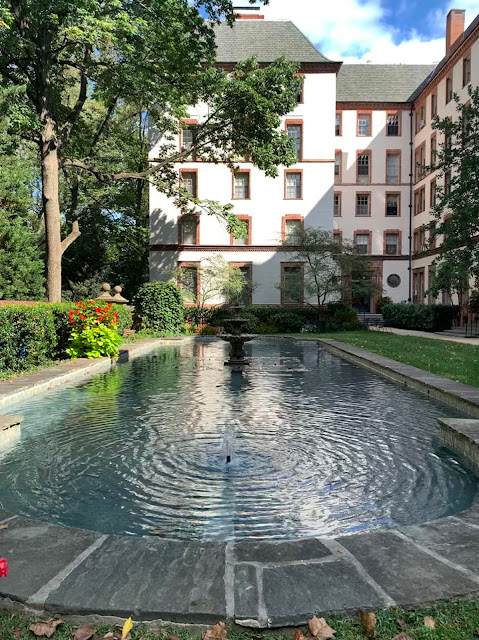 From there, we headed into Guilford to see some of the grand houses in P&L's portfolio, stopping every few blocks so that Greg could hop out and take pictures of particular favorites. 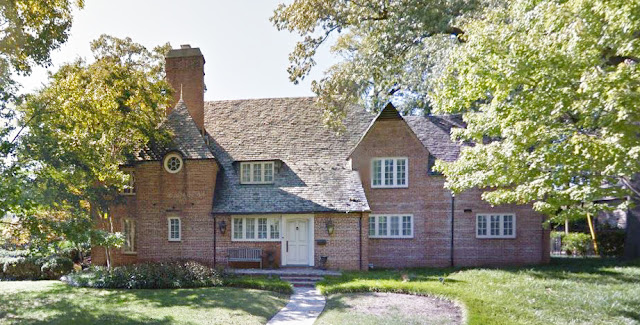 Of course the beautiful houses along Greenway and Charlcote Place were highlights, as well as some of the lesser known ones, including ones on Wendover and St. Martin's Roads. 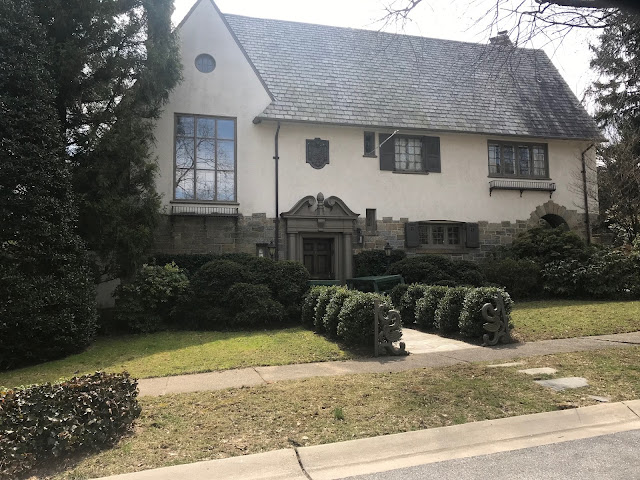 Time was running short, as Greg still had a few hours drive ahead of him, and so we hopped up to Homeland. We were interested in seeing whether we could pick out which was the house that Lamdin designed for himself in the Norman manner. (In order to get some good pictures of the house, I will have to wait until the leaves are off the foliage!) 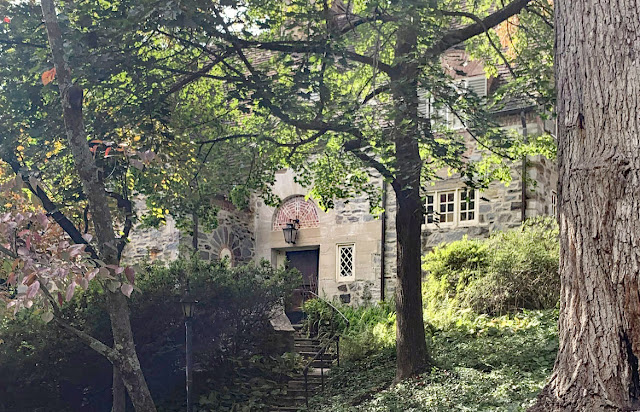 Luckily, as Greg went up to take some pictures, the homeowner of the adjacent house, the middle of three Lamdin-designed houses in a row, came out. After chatting for a few minutes, (and them realizing while were were stalkers, we weren't creepy stalkers!) we were invited in to see their house! You can see the middle house (below) here, and the right-side house, which I wrote about here. Lamdin's house hasn't been on the market since the 1990's, so there are no interior images. 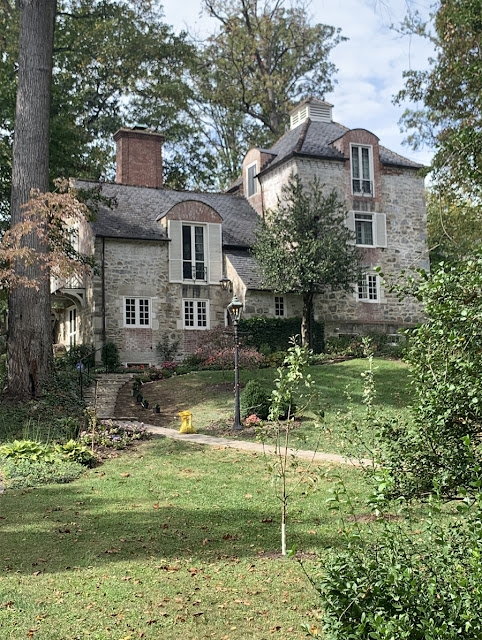 The owners took great pride in pointing out some of the original details of the house, including hand-hewn and wood-pegged beamed ceilings, 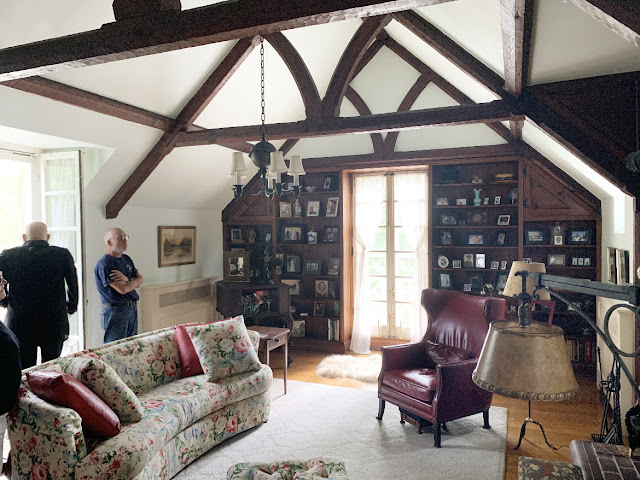 the signature mix of stone and brick, 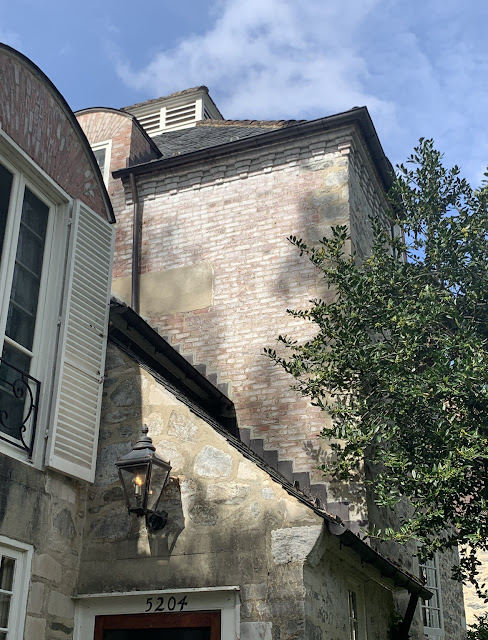 quirky staircases, and much more.

These three houses are distinguished by the way they are set into the landscape. In a 1930 article in the Baltimore Sun, Lamdin talks about the way he designed these three houses, concentrating on the middle one. "The long, narrow lot limited the width of the house to 43 feet. The ground sloped from the lane in the back to the street, dropping 30 feet."

Because of the slope, the garages had to be incorporated into the second floor of these houses, quite unusual. In order not to leave the garage hanging out in space, Lamdin placed the kitchen and a maid's room below. 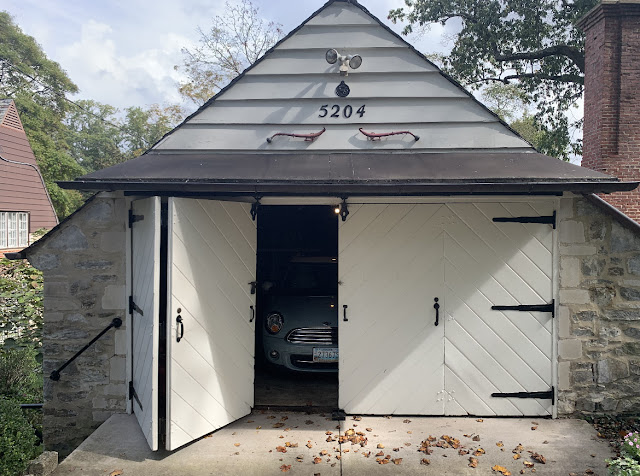 And that also made space for a cozy terrace. 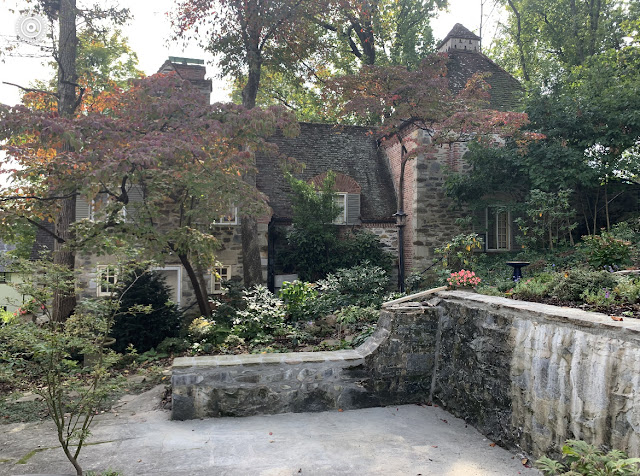 The house, like many of their designs, is on several levels, with a large living room on the second floor. In the article, Lamdin says that the original homeowner complained about the levels, and Lamdin snaps back that the owner should not have bought a property on a cliff. 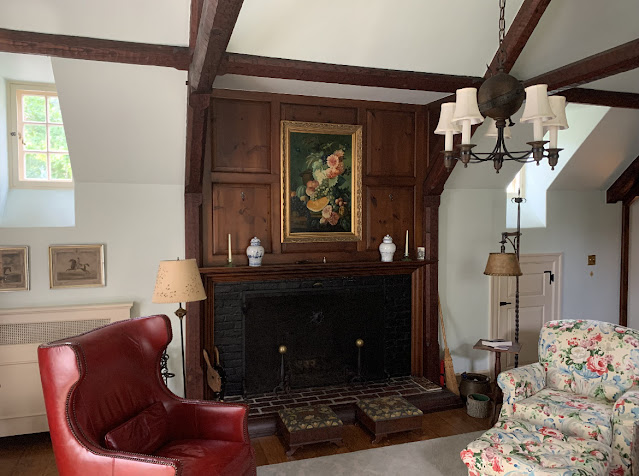 It was such an interesting house and we were so lucky to have the opportunity to see the interior of it, and for the owners' generous hospitality.

And my thanks to Greg to spurring me to do a tour. It was such fun and I am delighted to have made a new friend who loves Palmer & Lamdin as much as I do. (One more photo of Lamdin's former house. Check out the dovecote on top of the Norman-style roof!) 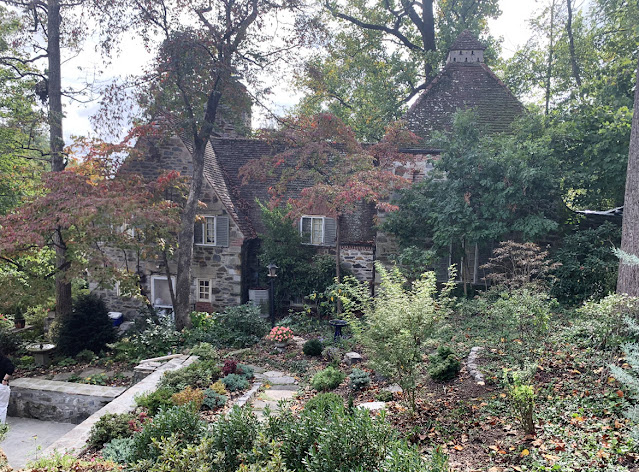 P.S. A funny story... in the last five minutes of us having spent four hours together, talking non-stop, we discovered that Greg's husband had worked for one of my closest friends in NYC!