I am always astonished when I Google something I've searched for a million times (Palmer & Lamdin) and all of a sudden, a bunch of new matches show up. This was recently the case when I searched for Palmer, Willis & Lamdin, and found not only a new house in Greensboro, North Carolina, but new pictures of the Biltmore Forest Club in Asheville. I wrote about it here.

The images I found were in a 1927 issue of the American Architect and Architecture journal. There wasn't really a story about the club, as far as I could tell, but there were a number of images. 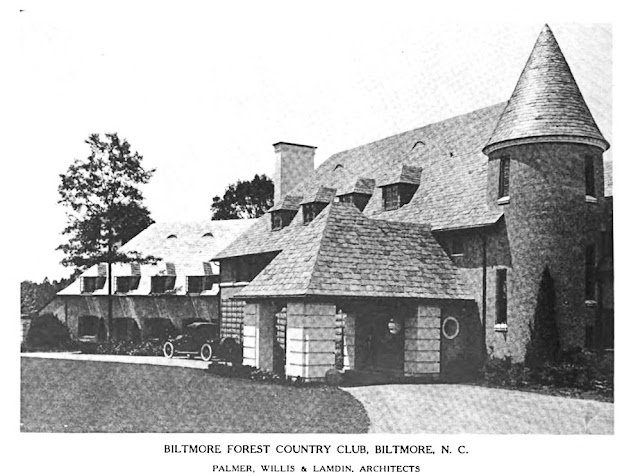 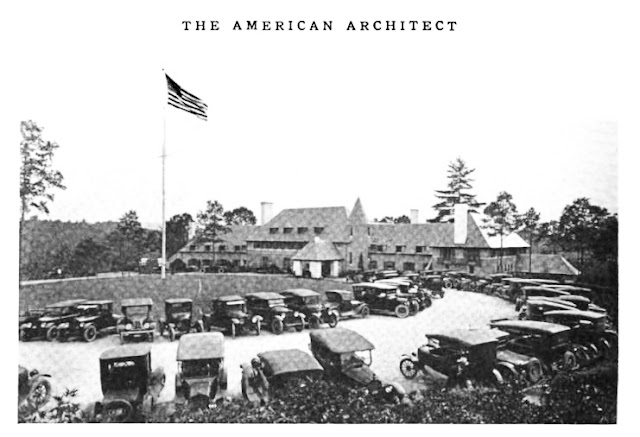 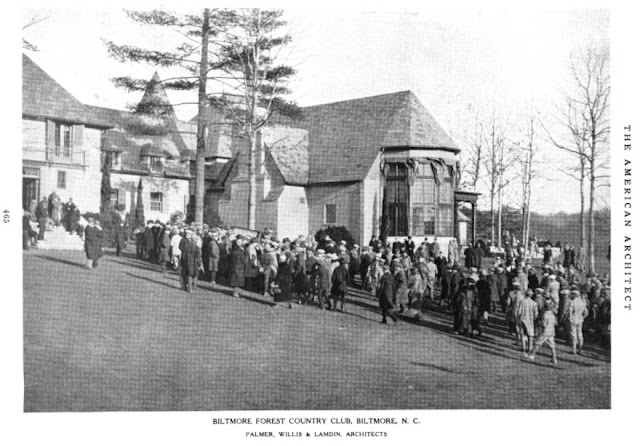 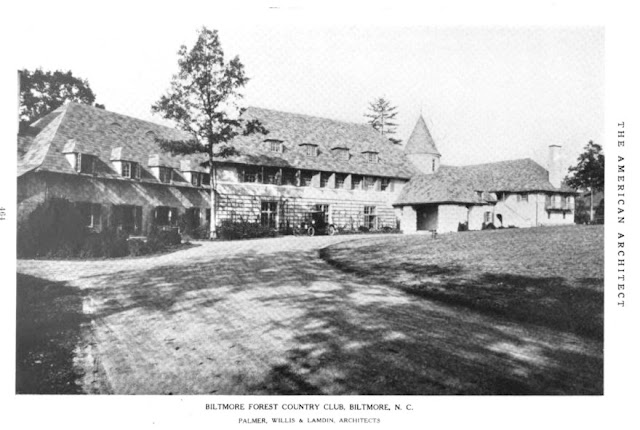 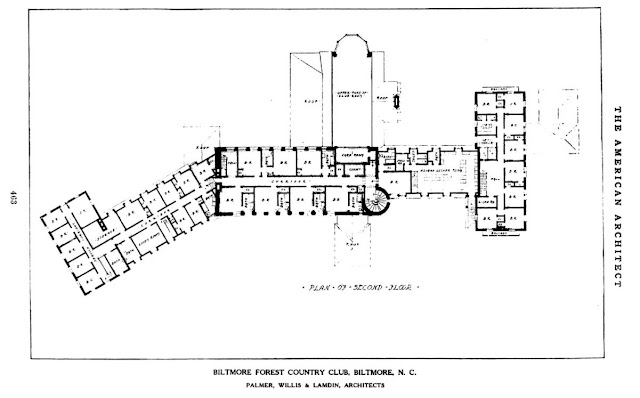 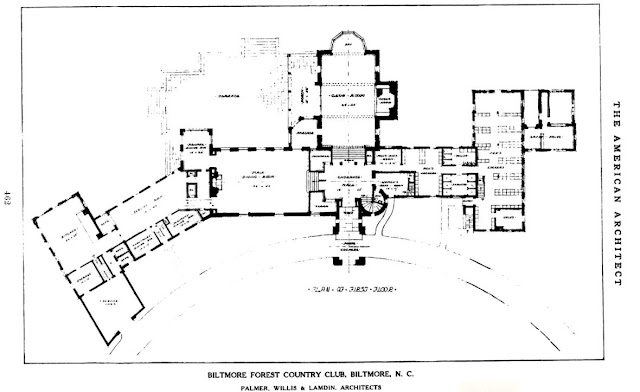 The best thing is that there are plans of the building included, so that you can see how the space works.
at October 21, 2021

Email ThisBlogThis!Share to TwitterShare to FacebookShare to Pinterest
Labels: In the Wild, North Carolina, Odds & Ends