As you zoom south on St. Paul Street, you might not notice the St. Paul Court Apartments, just south of 33rd Street on the right. It's a five-story building surrounding a center court with green lawn and fountains. And, it's a P&L building! 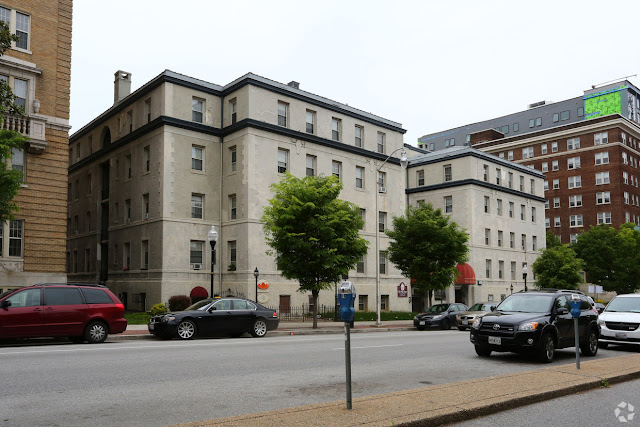 The planning began in 1924, with an announcement of the impending building in the Sun. 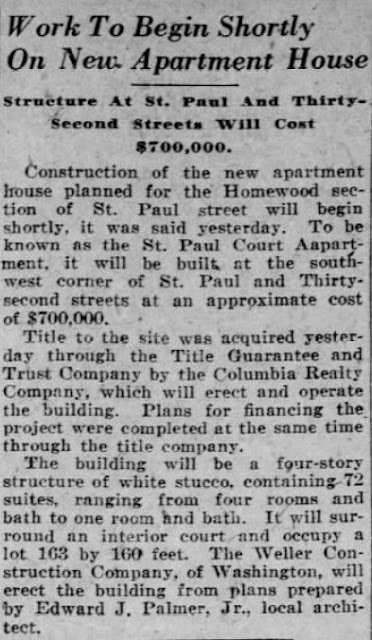 It was well-located between downtown and the inner suburbs, and on a main bus line, convenient for getting to your downtown office. As time went on, they became the place to have a pied-a-terre if you had a country house, or lived someplace else during the winters or summers. 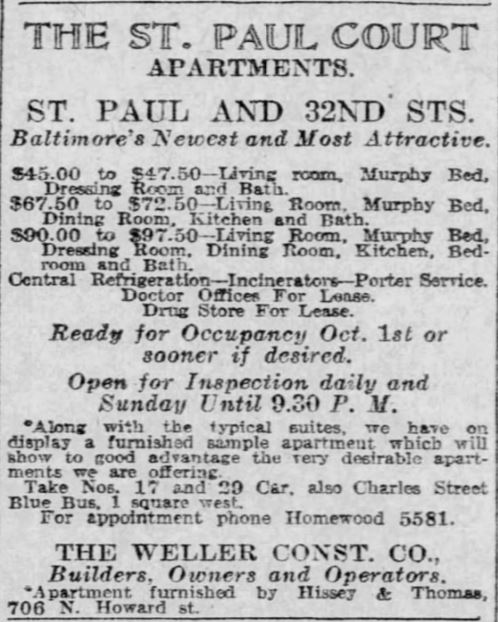 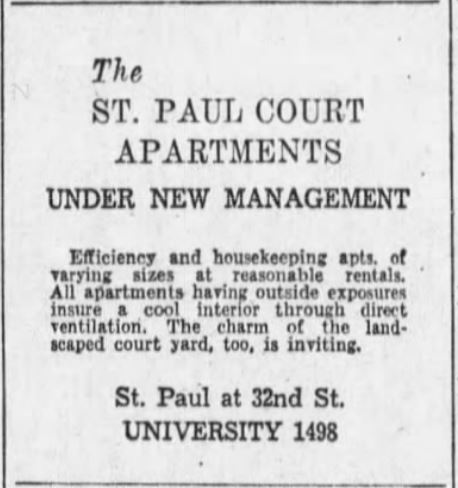 The courtyard, which is mentioned above, and in the name of the building, provides a nice space for outside living. 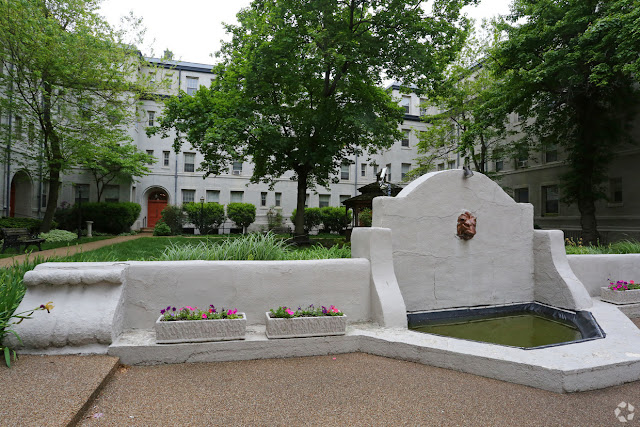 It's now occupied mainly by students at Johns Hopkins, which is a block or two away. It has laundry and other services on the premise, so that's a convenience, as are the shops across the street.