In The Wild: Sherwood House

During one of my searches, I found a mention of Sherwood House in Cromwell Valley and its design by Palmer & Lamdin (except it was spelled Landen). So, of course, that got me off and running. 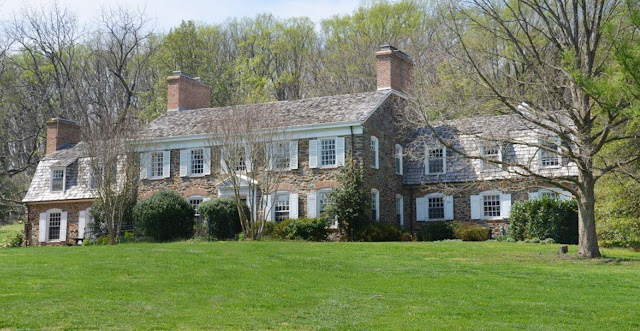 I vaguely knew about Cromwell Valley as a park in Baltimore County, and had some notion that an early boss, Arthur Sherwood had grown up there, but as far as I knew, I'd really never even driven on Cromwell Bridge Road, which winds through the valley. 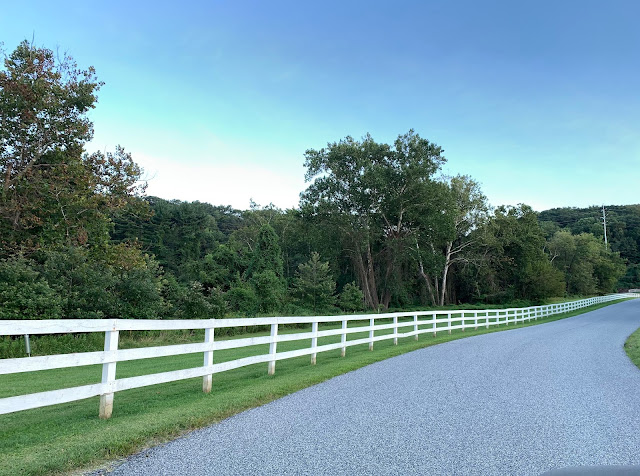 Sherwood House was built in 1935 for Mr. & Mrs. Donald Henry Sherwood at a cost of approximately $37,000. The English manor style house was designed by Palmer & Lamdin and has 27 rooms, including five bedroom suites, eight bathrooms, five fireplaces and living quarters for up to four servants. 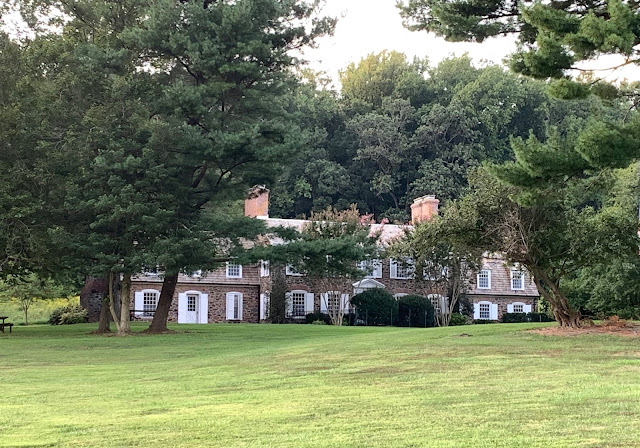 The house measures 108x95 feet and has random rubble-stone walls that are 18.5" thick. There are 28 windows on the first floor and 34 on the second! 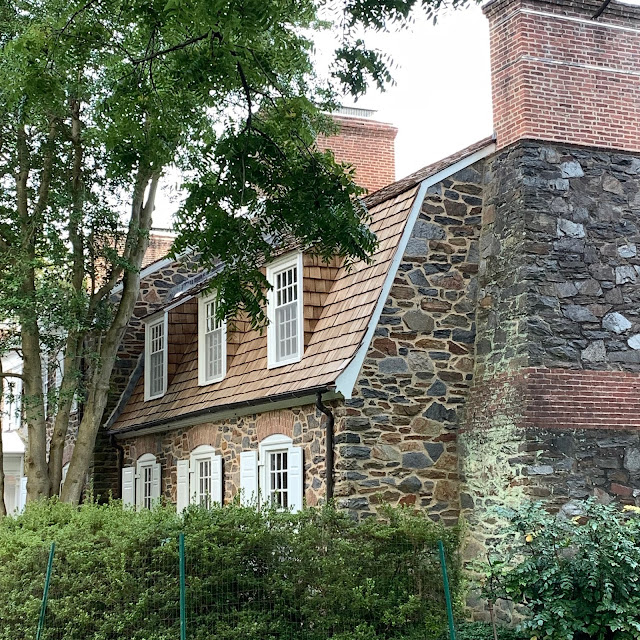 The house is a little odd, as there is a "front" door, but it opens directly into the dining room.

The "back" door opens into a large central hallway. 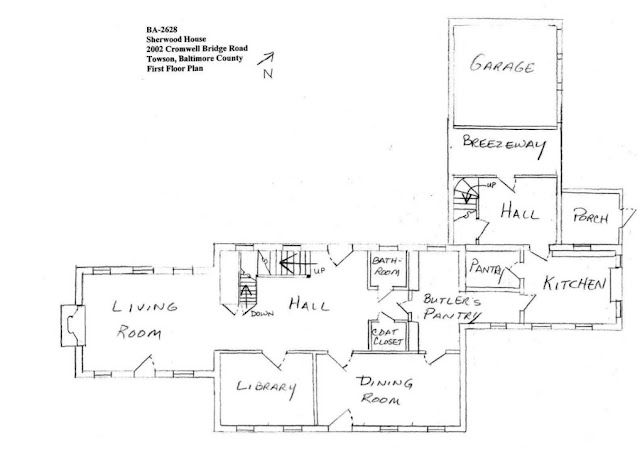 The driveway in the front of the house doesn't come close to the house at all, and you circle around the rear, 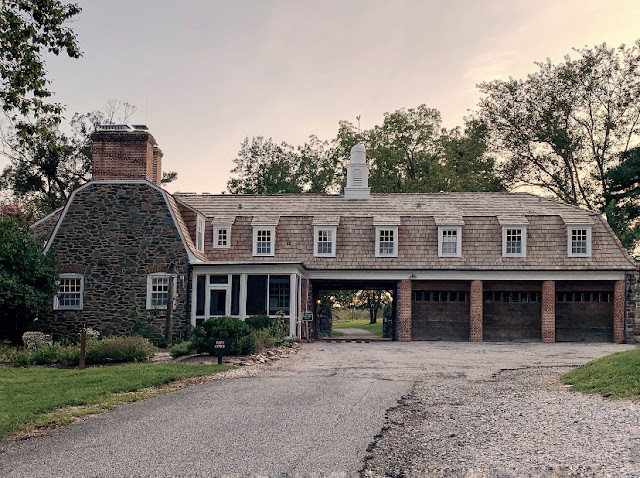 through a breezeway between the house and the garages/servants' quarters, 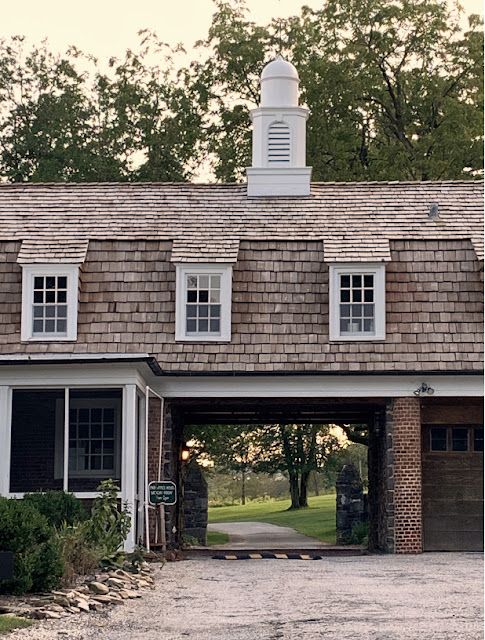 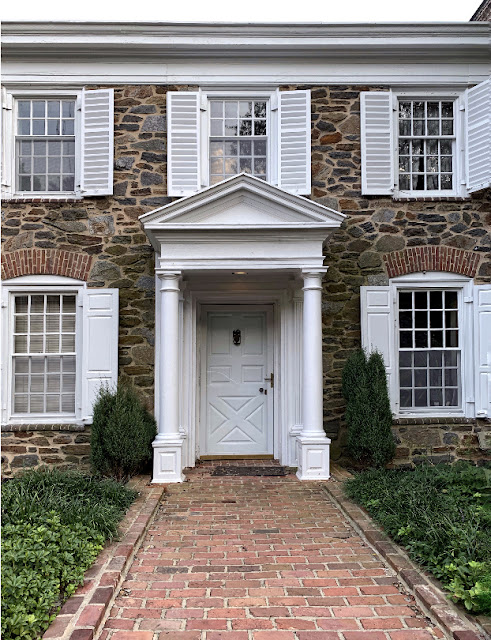 You can read a very detailed description of the house and property from Medusa here.
at September 03, 2019

Email ThisBlogThis!Share to TwitterShare to FacebookShare to Pinterest
Labels: In the Wild, Odds & Ends, Stone House