First, apologies for being missing in action for the past few months. I had some surgery and was pre-occupied with all of that.

Now, a kind reader let me know that 5206 Springlake Way is on the market again for the second time in less than three years. I wrote about it here in May of 2020. The current listing is here. And it's already SOLD! 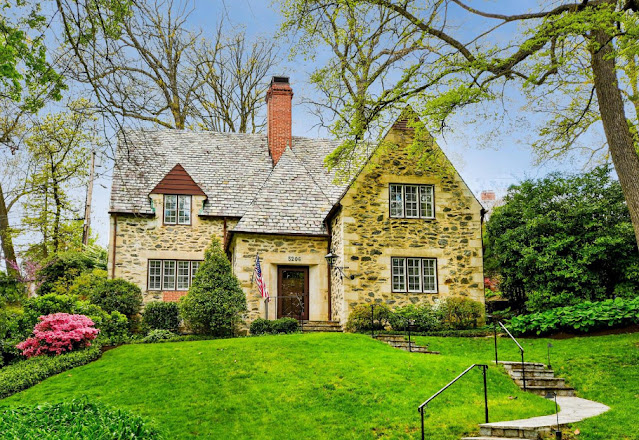 It's a relatively small house with only three bedrooms and two-and-a-half bathrooms. But it is almost 3,000 square feet. This house is one of a row of three houses Lamdin designed, and this is the northern-most of the three. The southern of the three is the Norman-style house that Lamdin designed for himself. It hasn't been on the market for 30+ years. You can see some Norman influences in this house as well.

If you check out this post from October of 2021, a friend and I were lucky enough to be invited into look at the center of the three houses. I still need to drive over to Homeland and get some pictures of Lamdin's own house. Stay tuned.

Email ThisBlogThis!Share to TwitterShare to FacebookShare to Pinterest
Labels: Homeland, On the Market, Stone House