I came across a reference to some P&L houses on Wickford Road in Roland Park. You might know that Wickford is in two parts, between Cold Spring Lane and University Parkway. However, the two parts are not connected.

The northern section, off of Cold Spring, has mostly brick Tudor-style semi-detached houses, mainly in groups of three or five. 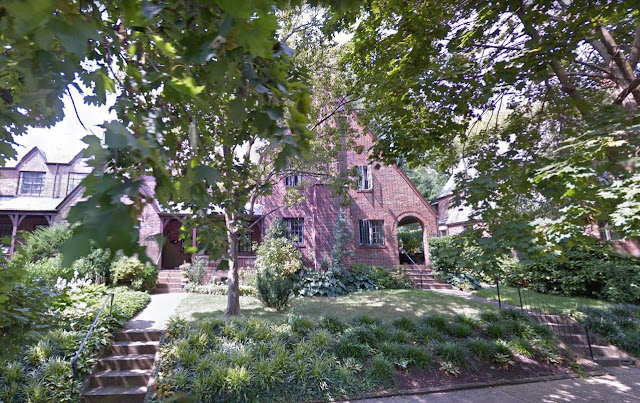 The southern section, off University Parkway has more of a mix of houses, including "newer" brick semi-detached one, plus others. 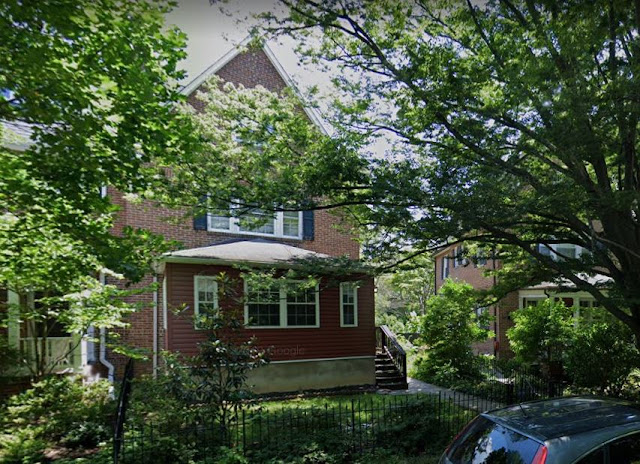 On a curve, coming down from Northfield place, are three houses, designed by Edward Palmer, and featured in the 1913 issue of Brickbuilder magazine, which had written an article about Roland Park. 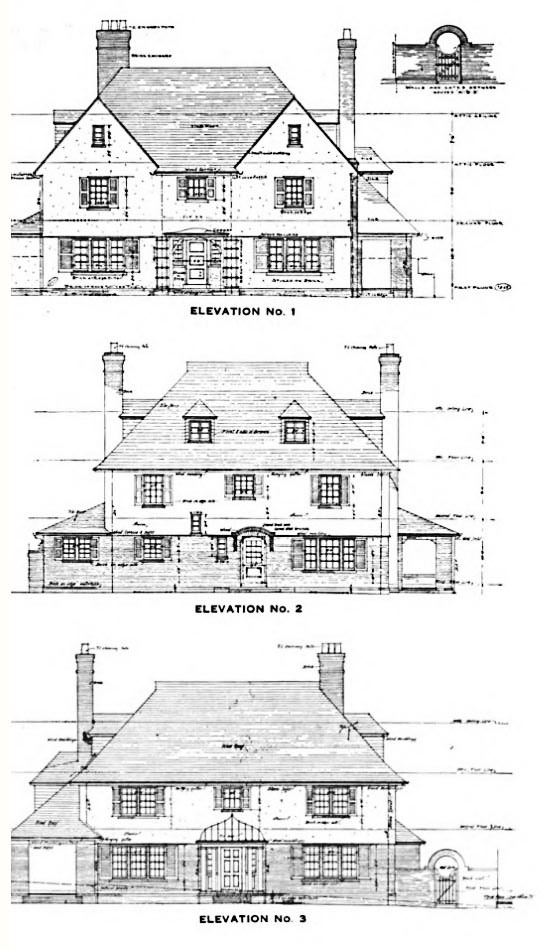 Unfortunately, the Google Streetview doesn't have great images of these houses because there are so many old trees. But what you can clearly see is the center house above, first in 1913, 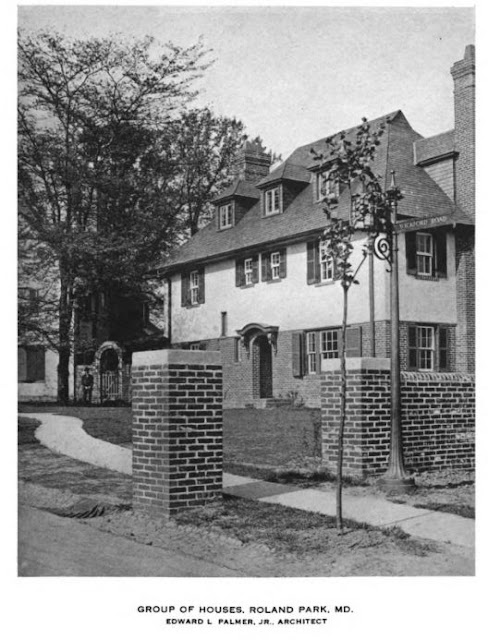 and then on Streetview. 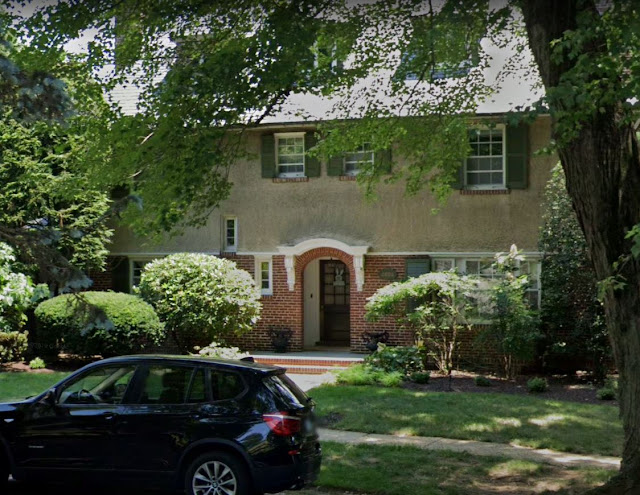 One of the brick posts is still standing and a driveway has been added. It is pretty amazing how similar the current house is to the house more than 100 years old. I would love to see the plans for this house!
at April 22, 2020