As you enter Guilford from the south, the road divides and forms a triangular park, with Greenway to the east and St. Paul Street to the west. At the base of the triangle, there are two houses, mirrors of each other, which are known locally as the Gateway Houses. I wrote about one of them here in 2013.

These two houses are separate from every other house, with parkland both in front and in back of them, even though only the south park shows on this map. 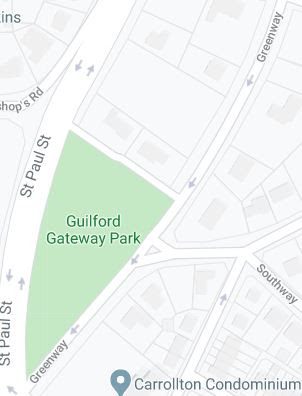 The houses were built in 1926, and one is listed as French Renaissance Revival, and oddly, the other is listed as Colonial Revival. 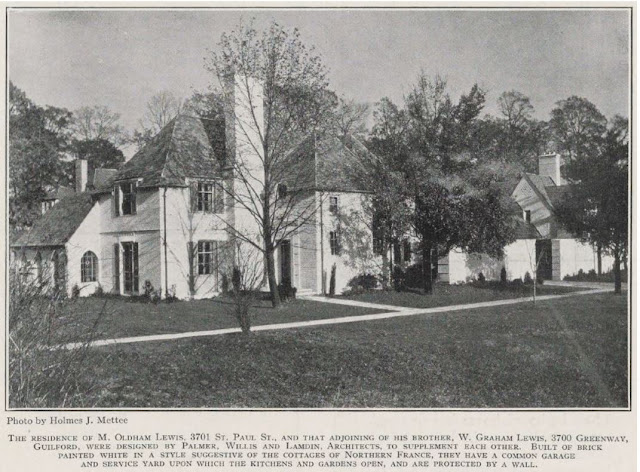 The houses were built for brothers, and share a common garage area. One house's garage is now a study and the other remains a garage. This house has four bedrooms and three-and-a-half baths, one of which takes advantage of the variable roof-line. 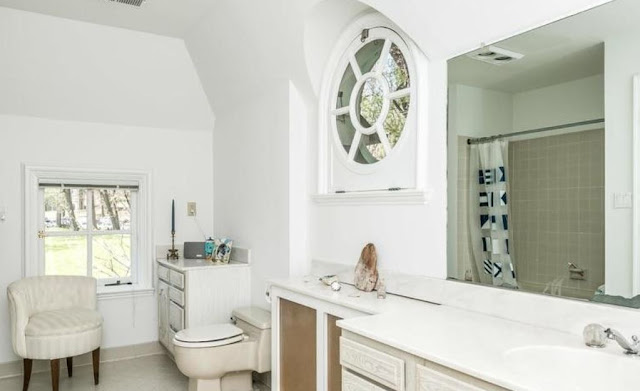 It looks like, in most cases, this house has retained its original windows, which have panoramic park and garden views. 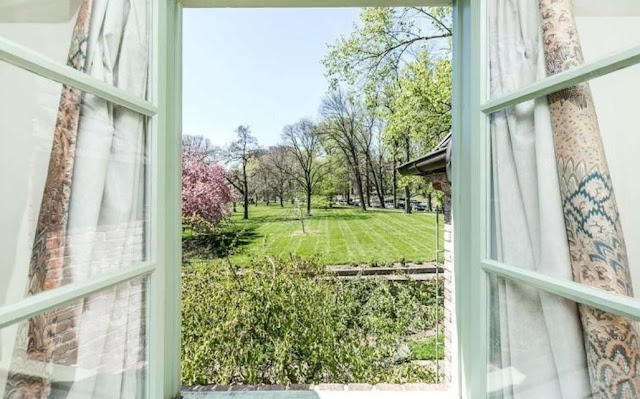 One of the most wonderful features of this house is the covered vaulted loggia, a perfect venue for dining al fresco. 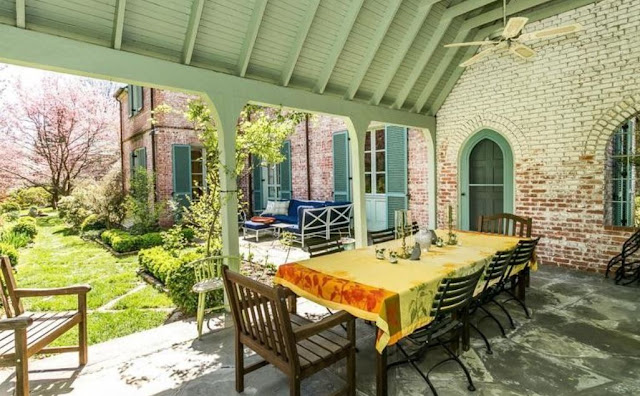 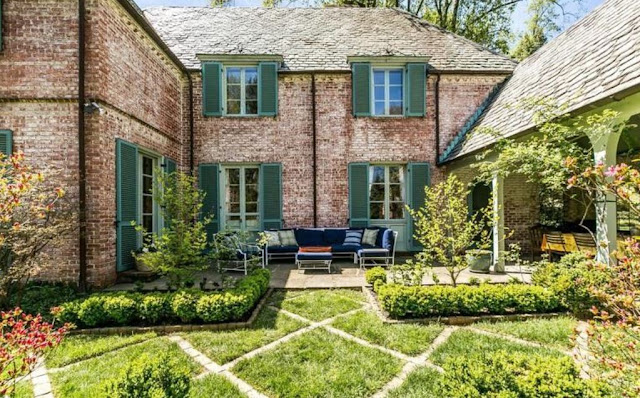 Just outside of the shared drive/garage ares is a small pond, and a vast expanse of grass, which the owners pretend is theirs, but it's really not. 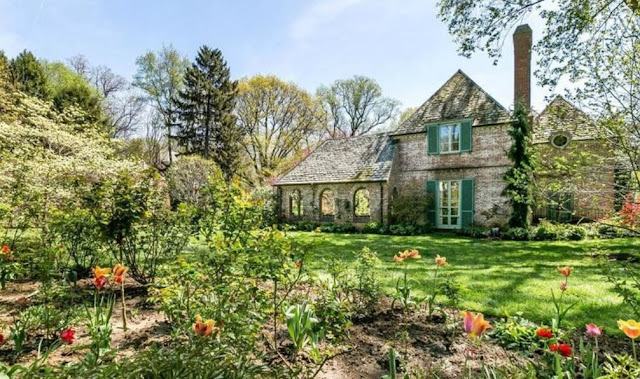 The house has a wonderful curved staircase, overlooked by a double-height window with a view of the south end of the park and towards the city. 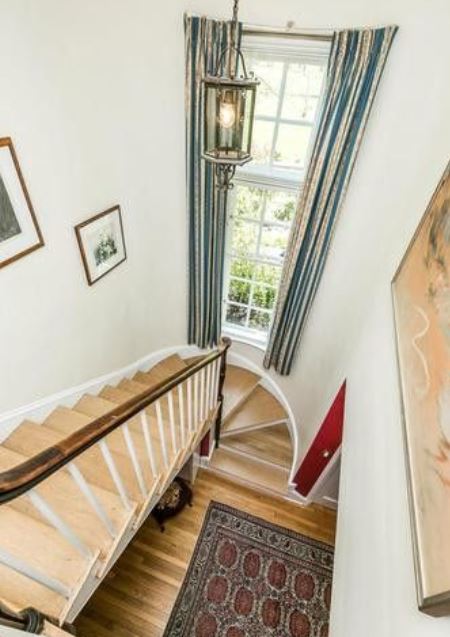 There are some historic images of the two houses from the collection of the Library of Congress, which shows the houses just after they were built. 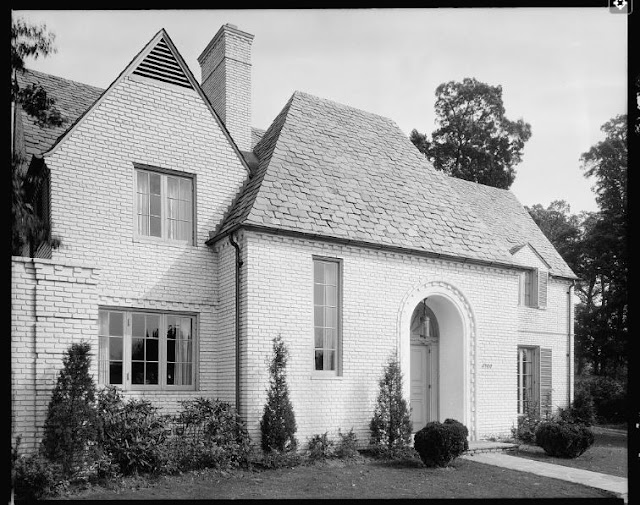 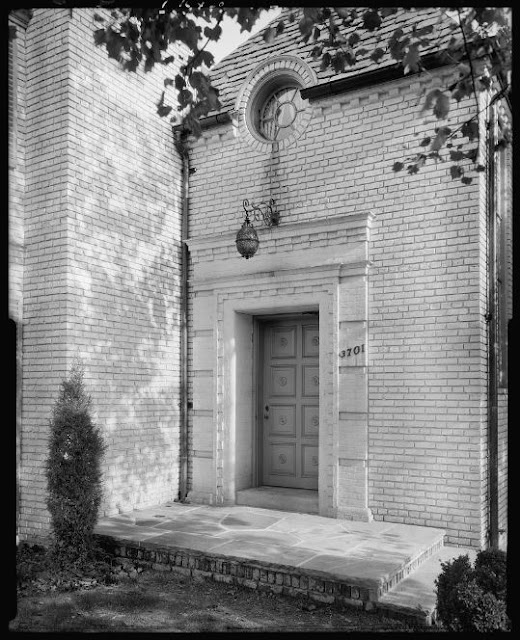 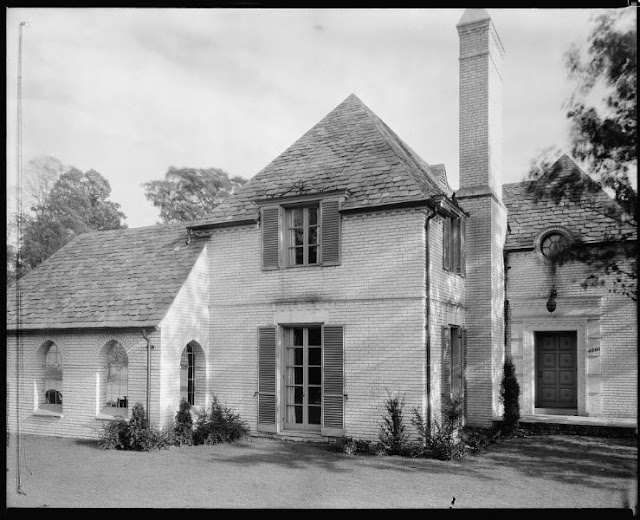 You can see the door to the loggia in this image. 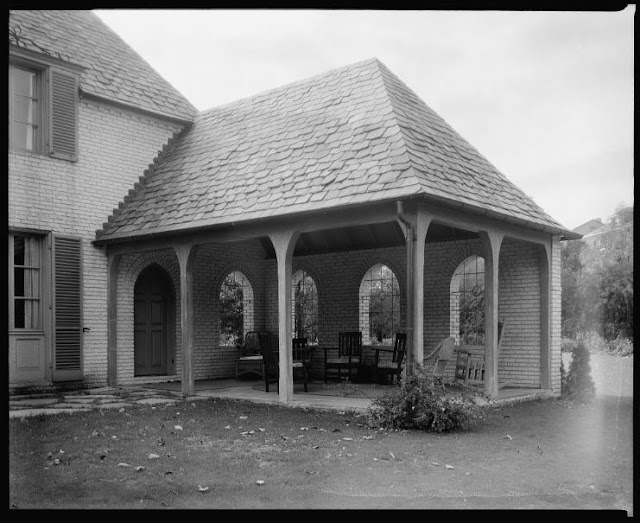 These are such wonderful houses, and they don't come on the market very often. 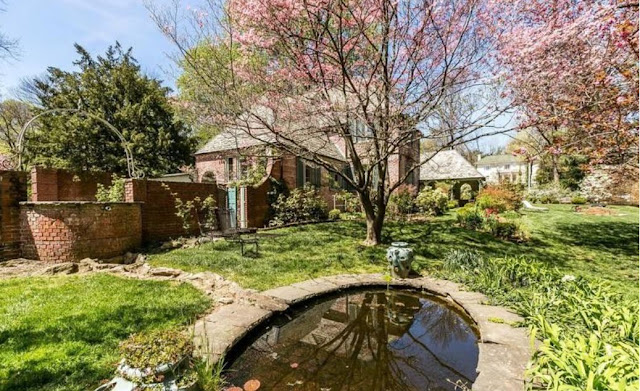 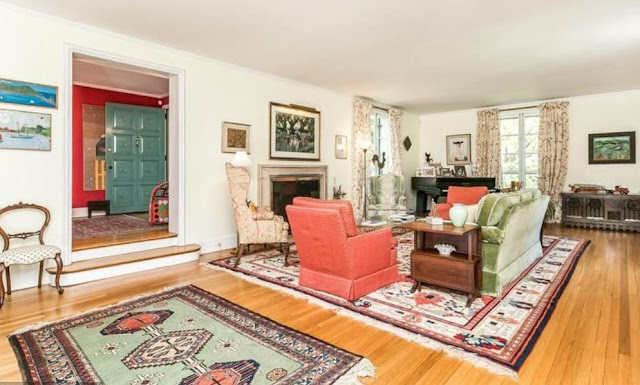 The houses were originally whitewashed brick, but they have mellowed to a rosy hue.
at March 31, 2020