On the Market: 200 Ashland Road

This is one of the more unusual Palmer & Lamdin properties I've seen, although technically, they only did the conversion from a school to a residence in 1929.

Here's what the listing says:
The former Ashland School, aka Baltimore County School No. 7, located at the entrance of the Ashland Development was an iron mill village, that operated from the mid- to latter 1800s. 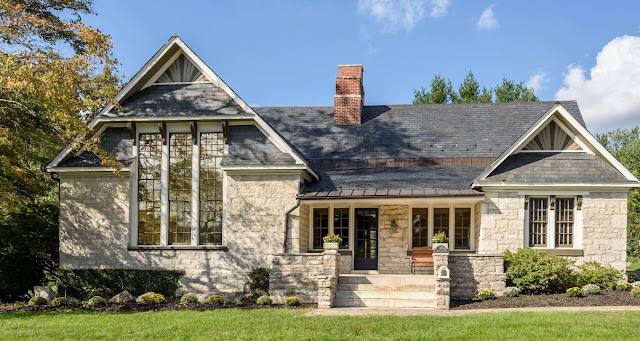 The structure was individually listed in 2000 on the National Register of Historic Places. It is a Maryland Heritage Property, and a Baltimore County Landmark. 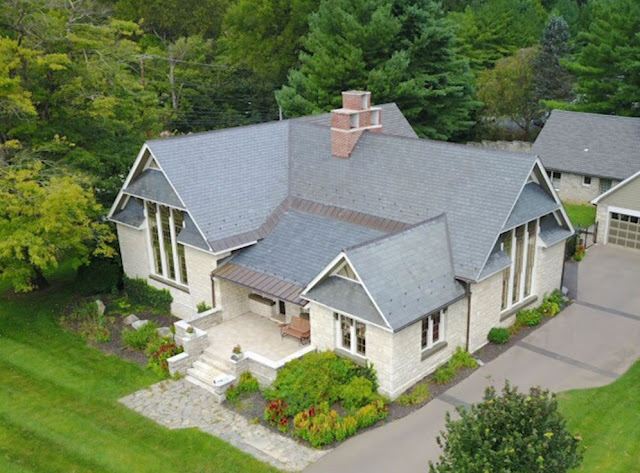 It is one of the finest examples of Gothic Revival/Queen Anne architectural style in Maryland. The structure is built of rough-cut marble ashlar from the nearby Butler/Beaver Dam Quarry, approximately one mile to the west. Stone from this quarry was highly prized and was used to construct the Washington Monuments in Baltimore & DC, the US Mint, and countless other major buildings in Washington & Baltimore.

Frank E. Davis, prominent Baltimore Architect, the architect of record, was one of the founding members of the American Institute of Architects. Robert G. Merryman was the general contractor. The school remained in service from 1882 until 1929 when it was sold by the Baltimore County Board of School Commissioners and converted to a private residence by the notable Baltimore design firm of Palmer and Lamdin.

The exterior reflects the influence of the Queen Anne Style, with gabled windows, elaborate cornice work, fan-shaped attic vents at the roof peak, and numerous large banks of multi-paned windows. 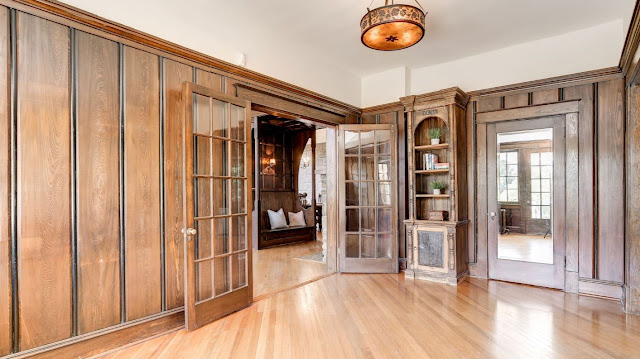 While the exterior has remained largely unaltered, the interior of the building was altered in 1930 from the two-room schoolhouse configuration, to that of an upscale private residence, still incorporating the 25-foot barrel-vaulted ceilings, with exposed beams and trusses. 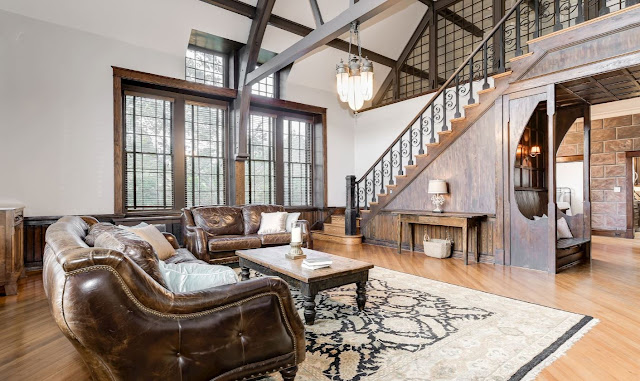 Very attractive architectural details were added, such as a large foyer or reception hall paneled in Southern "gumwood" with ebony beads, with two sets of double French Doors that lead into the two main rooms. The "Great Room" (Living Room) is wainscoted with the same "gumwood" paneling. 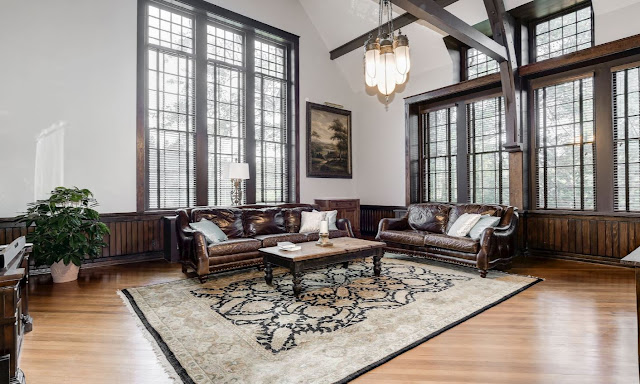 All of the floors in the house are finished with 2" by 1" thick heart pine flooring, all run on the diagonal. Also included in the 1930 conversion was an elegant stairway with unique wood and iron railings that lead to a loft that is enclosed by a glazed curtain wall with an unusual wedge-shaped door. 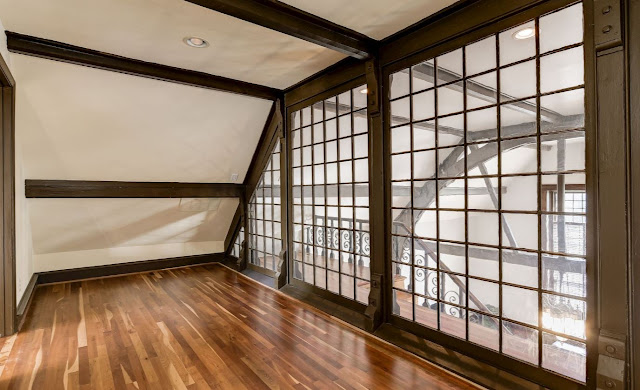 Other notable features from the 1930 period are a beautiful stone fireplace with an "Inglenook"-style sitting area across from it that together separate the Dining Room and Great Room. 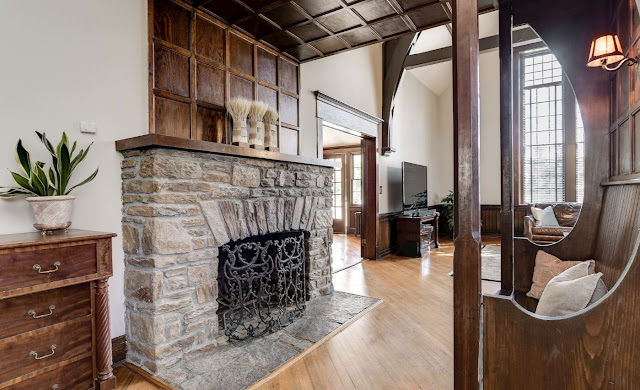 The Dining Room has a built-in cabinet that is Federal in style, and the walls are covered with a faux stone simulating varied stone blocks that was popularized in England in the 19th century. 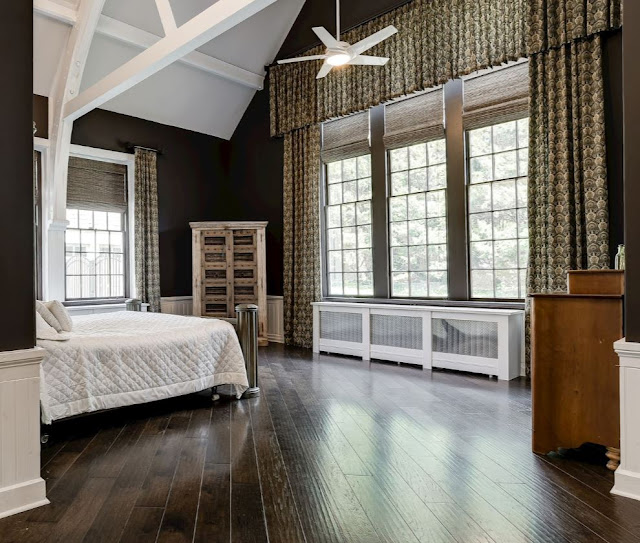 The Ashland School is a noteworthy example of the Queen Anne style applied to a rural school building. In its architectural elaboration and its substantial masonry construction, the building marks a departure from the standard frame school buildings that had been erected by the Baltimore County School Commissioners since the 1860s. 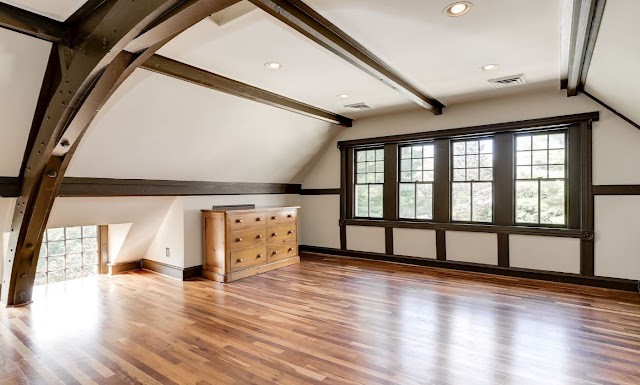 The school is significant for its association with the Ashland Iron Works, an early 19th century industrial enterprise in Baltimore County, a company town. The school was constructed on property donated to the County by the iron company and primarily served the iron workers who resided in the company town 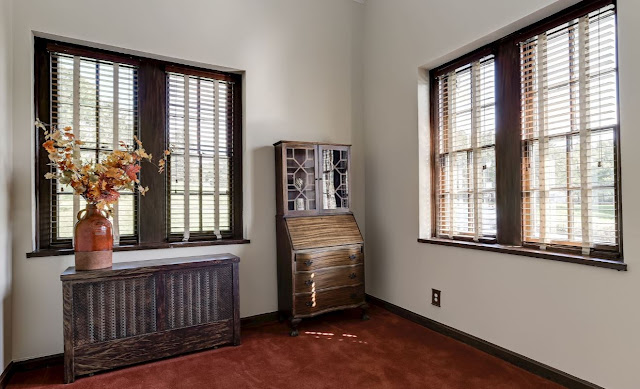 Email ThisBlogThis!Share to TwitterShare to FacebookShare to Pinterest
Labels: In the Wild, On the Market, Stone House