P&L and the President's Son

Did you know that the son of President Grover Cleveland lived in Baltimore for decades? He and his second wife and his two sets of children were great friends of my family. If you remember your history, Grover Cleveland married very late in life - while he was the President. His wife was significantly younger than he was... like 40 years younger! 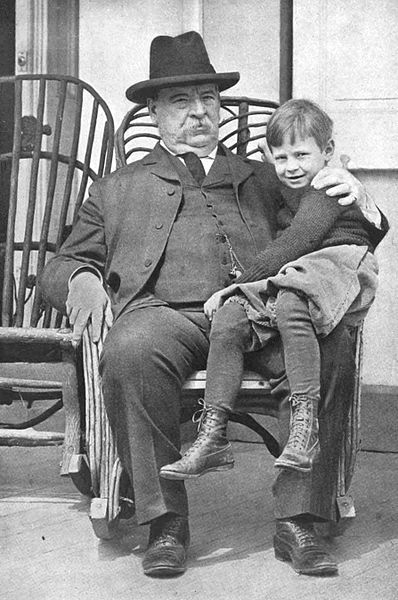 After attending Princeton and Harvard for law school, Dick Cleveland moved to Baltimore to join the law firm of Semmes, Bowen & Semmes. He engaged Palmer & Lamdin to build him a house at No. 6 Cotswold Road, sometimes considered Roland Park, and other times, Homeland. 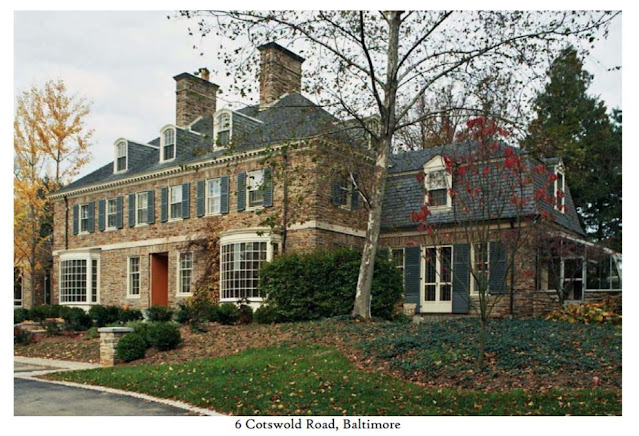 The house is beautifully situated at the top of a hill. It's less ornate than many of P&L's other houses, without the turrets, dovecotes and the like. It's a Butler stone house with two bay windows with sidelights, flanking the front door and a circular drive leading up to the house. 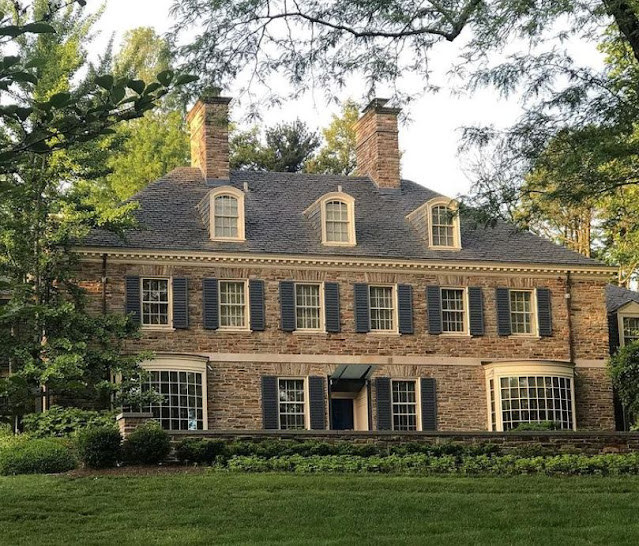 There is not a lot of information about this house, except this odd little piece - basically a preservation easement on the property. 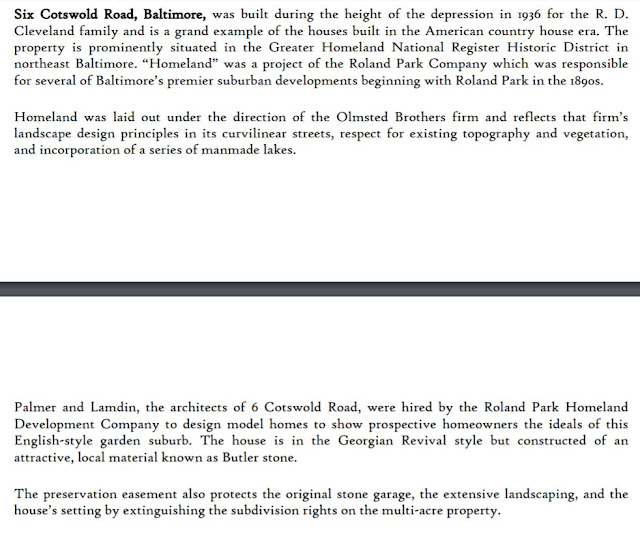 By the time I came around, the Clevelands had moved to Greenway in Guilford, to a house befitting a presidential son. Finally, they moved to a cottage on Woodlawn in Roland Park, where they lived until Dick Cleveland and his wife, "Aunt Babs" both died.