From the amazing Atlas Obscura, comes this description of the Grove of Remembrance at Druid Hill Park in Baltimore.

Planted by the War Mothers of World War I on October 8, 1919, the oak trees in the largely forgotten Grove of Remembrance in Baltimore’s 745-acre Druid Hill Park continue to thrive to this day. Ultimately, one tree was planted for each state in the union—48 at the time—along with additional trees representing the City of Baltimore, the allies of the United States, and President Woodrow Wilson. 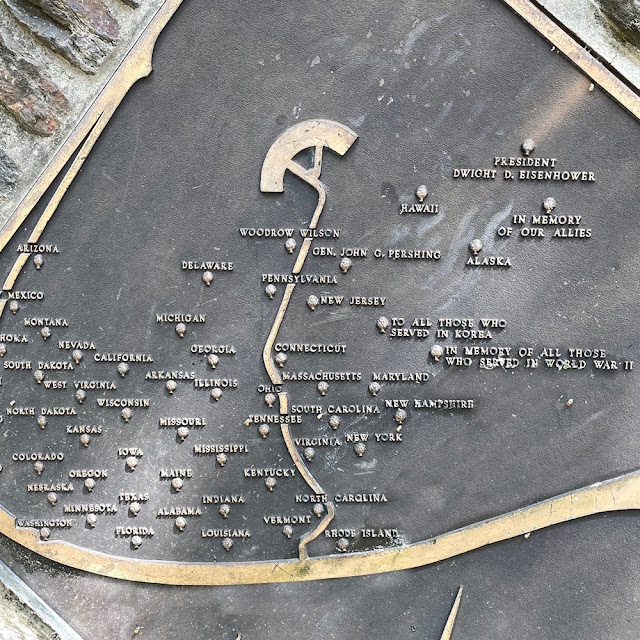 The ceremony was described as “one of the most beautiful ever in Baltimore,” according to press accounts of the event the following day. 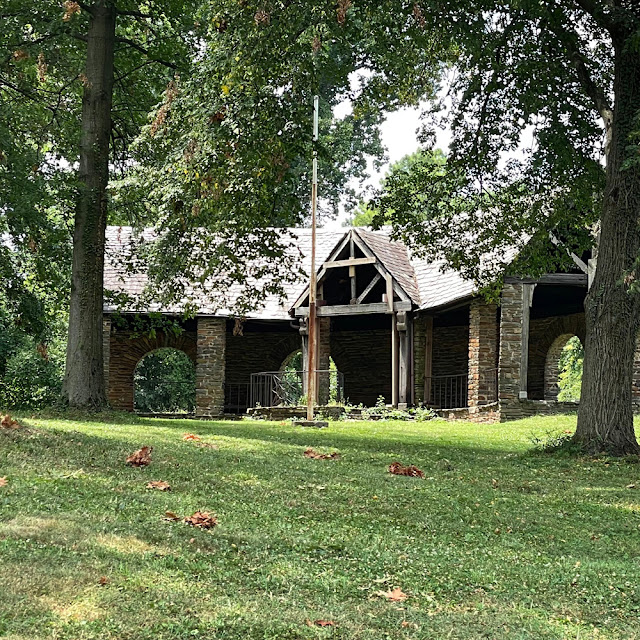 The quiet dedication was attended by Mayor William Broening, Baltimore-born Cardinal James Gibbons, Maryland Governor Emerson Harrington, and the French ambassador to the United States. Also in attendance were 20 wounded veterans from the Great War. 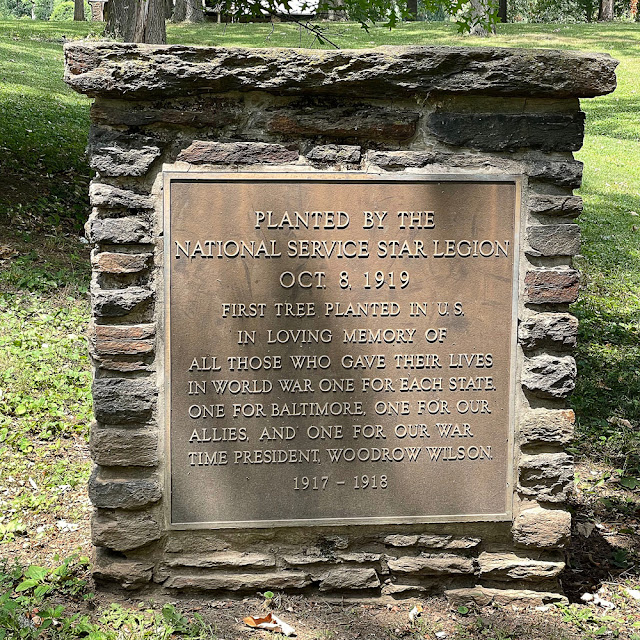 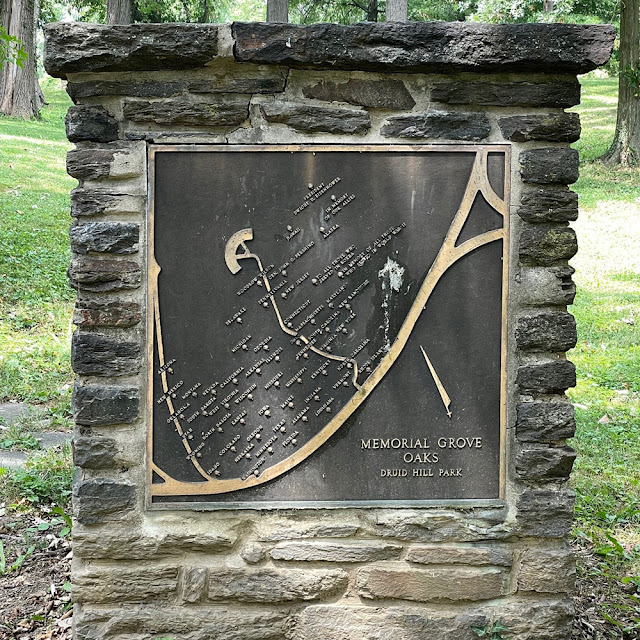 A pair of bronze plaques highlight the grove’s historic dedication and the location of each state tree, which were planted 25 feet apart from one another. More trees have been planted for subsequent wars. On Mother’s Day in 1927, former First Lady Edith Wilson participated in the groundbreaking of a memorial pavilion at the grove, which also remains to this day. For decades, the grove hosted annual memorial events on Mother’s Day. 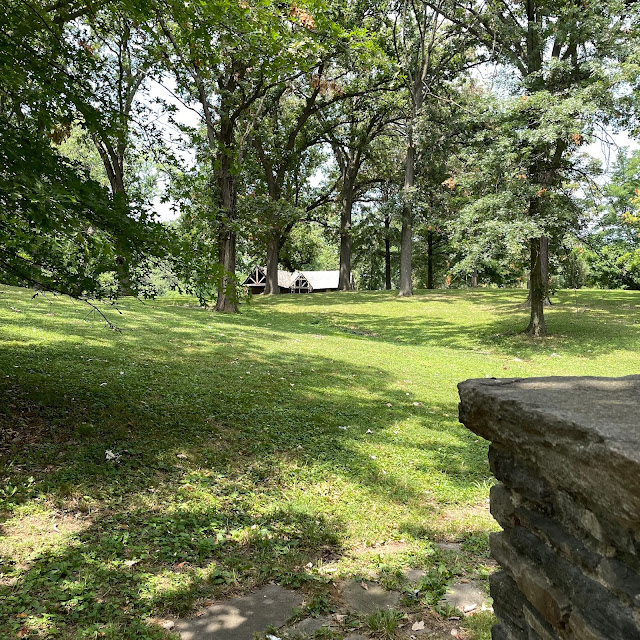 Nestled in the grove near the Maryland Zoo, the stone-and-slate Grove of Remembrance Pavilion has stood for more than 90 years, but is in need of repair and upkeep. Designed by architect E.L. Palmer, the rustic pavilion is dedicated to First Lt. Merrill Rosenfeld, a prominent Baltimore attorney. Serving in the 115th Infantry Regiment, 29th Infantry Division, Rosenfeld was leading his men during the Battle of Verdun when he was killed on October 16, 1918. For his actions and courage, Rosenfeld was honored with a Distinguished Service Cross.

While the grove and its pavilion are not central to the park, and the pillars aren't on a well-used road, more than 100 years after the first trees were planted, it's as important as ever to remember those who went before us.