Although most of P&L's work was residential, they did design some other buildings, including the charming Homewood Friends Meeting House, just across from the Baltimore Museum of Art and the Wyman Park Dell. 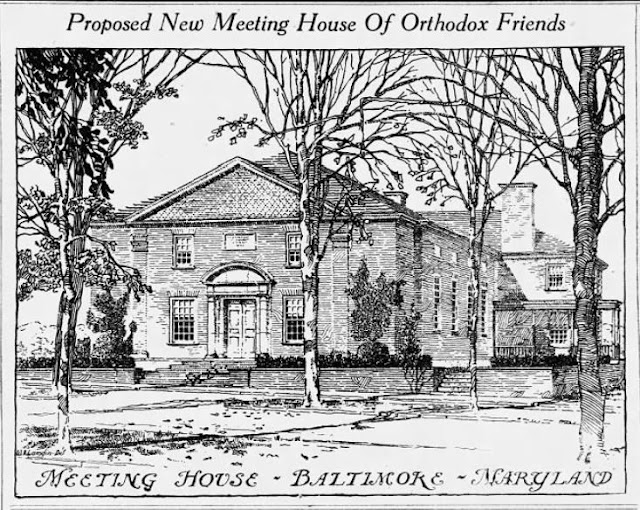 As you are heading north on Charles, the Friends Meeting House does not stand out among the other Georgian-style brick building along the streetscape. It is an unassuming two-story building, reflecting the Friends' philosophy of simplicity. 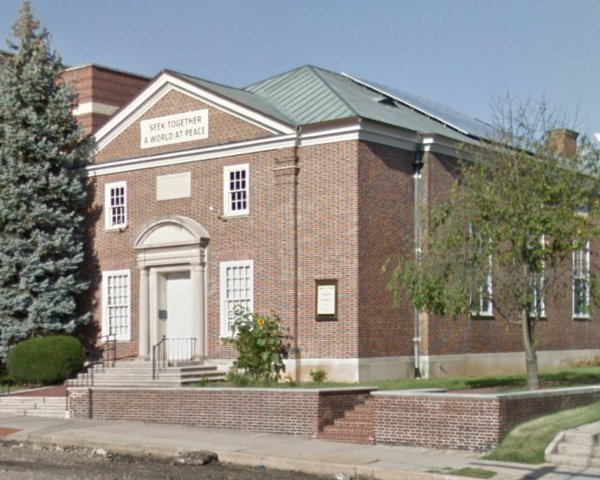 Oddly, there are two Friends Meeting Houses on Charles Street, the other several miles north at the Friends School, and it is known as Stony Run Friends. Click here for a history of the Friends in Baltimore. There was a schism in the 1800's dividing the Friends into two branches. They have since reconciled.

The Homewood Friends Meeting House was built in 1921, about the same time as Saints Philip and James a few blocks to the south, and the University Baptist Church, a few blocks to the north. Although the building doesn't look very big from the front, it actually goes back quite a bit. And there are solar panels along the south-facing roof. 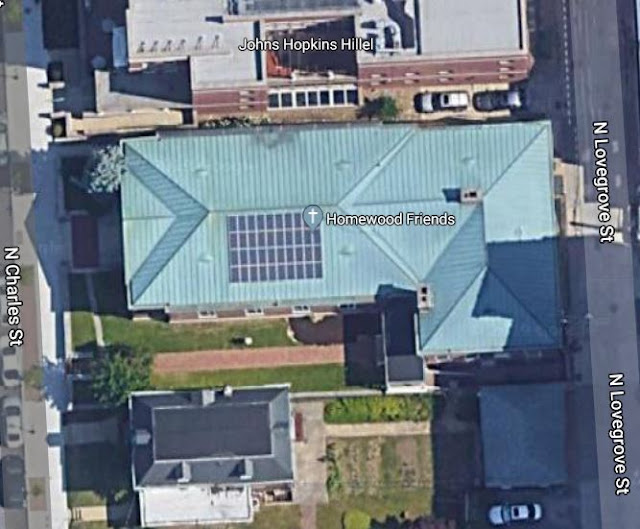 Sadly, the few interior images of the Meeting House are not very good, bring tiny images and quite dark. But I did manage to edit one, enough to give you an idea. 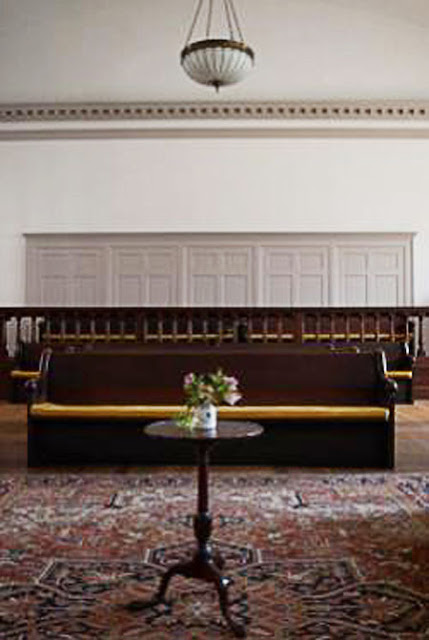 Next time you drive north on Charles, see if you can spot the Homewood Friends Meeting House.
at January 02, 2020