On St. Paul Street, just after the intersection of E. Chase Street, you will most likely miss an unassuming two-story building in the shadow of the old Algonquin Hotel. 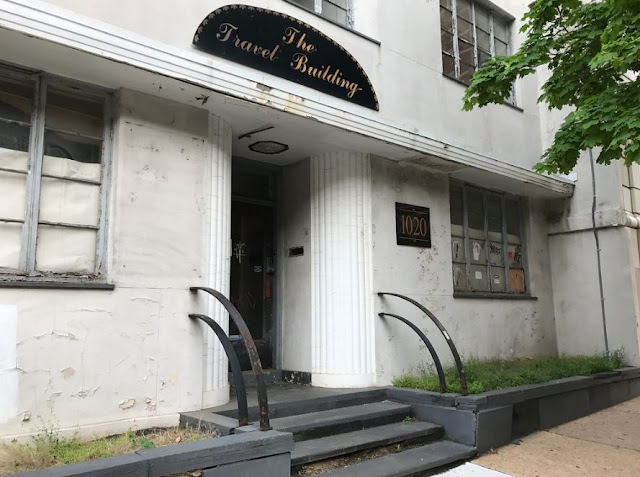 But you'd be missing something special. This little Art Deco-style building was the HQ of Palmer & Lamdin. It was designed by William Lamdin, a fact which was mentioned in his obituary in 1945. 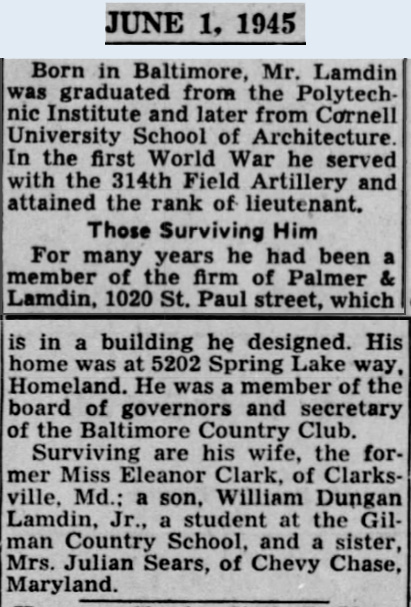 However, there was a building there as far back as 1893, as evidenced by the owner, Parks Fisher, being one of a number of residents asking the city to re-pave the road. A few years later a small terrier was lost and was requested to be returned to 1020 St. Paul. 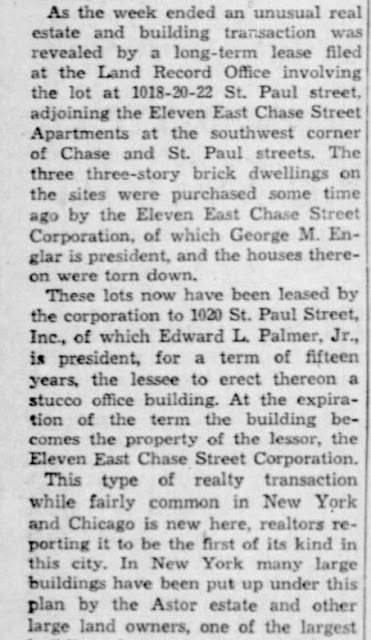 In 1940, it was awarded an architecture prize. 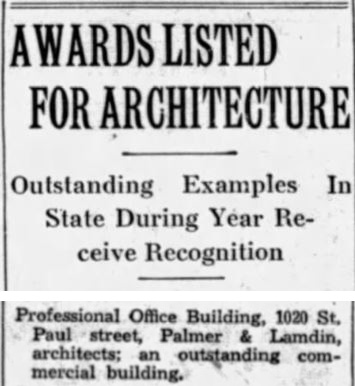 In 1972, the building was cited as one of the outstanding examples of Art Deco architecture in Baltimore in an article by the critic, John Dorsey in the Baltimore Sun Magazine. 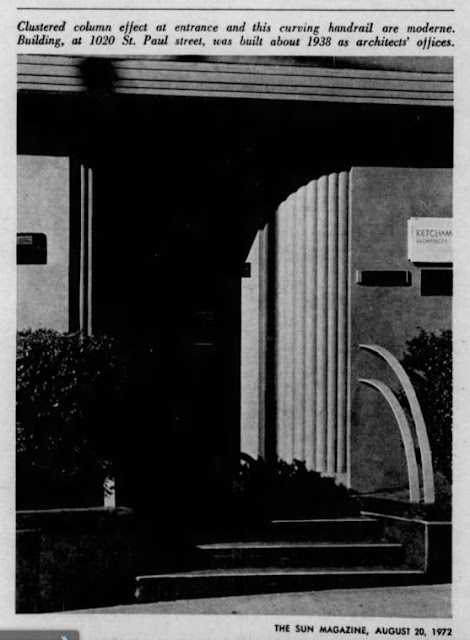 The building is still in use today, although looking a bit more forlorn than in days past. Baltimore Heritage took these pictures a few years ago. 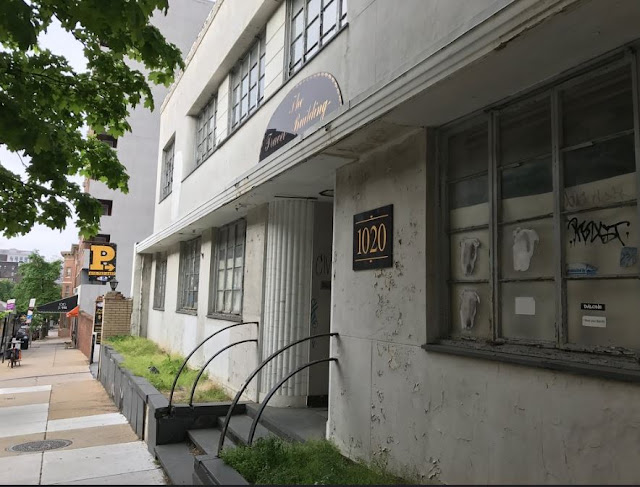 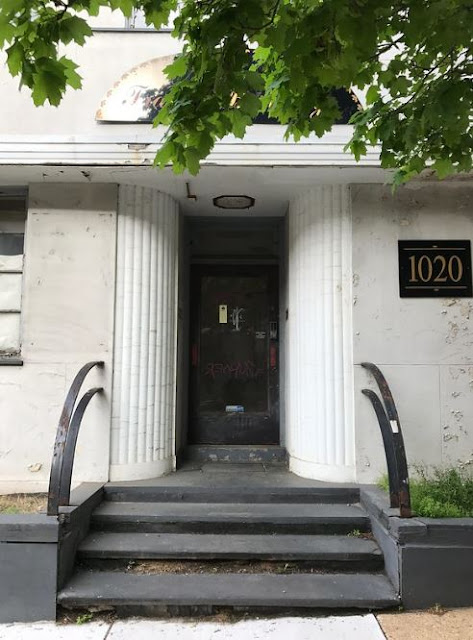 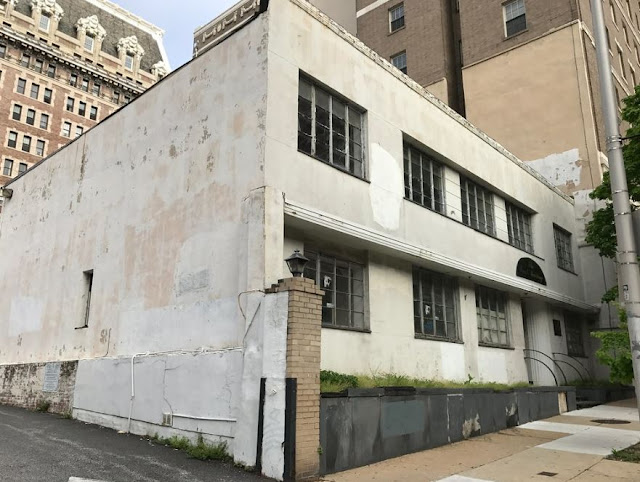 It would be great to have someone rescue this charming little building and return it to its former glory, steel casement windows and all!

Update: Someone has renovated the building, thankfully!
at December 10, 2019