Tucked away on the north side of Guilford is the tiny Norwood Court, as well as Norwood Road which leads to it. As with some of the other roads in Guilford, you really have to hunt to find it. The Court is not even marked, and if you didn't know better, you'd think it was a driveway. 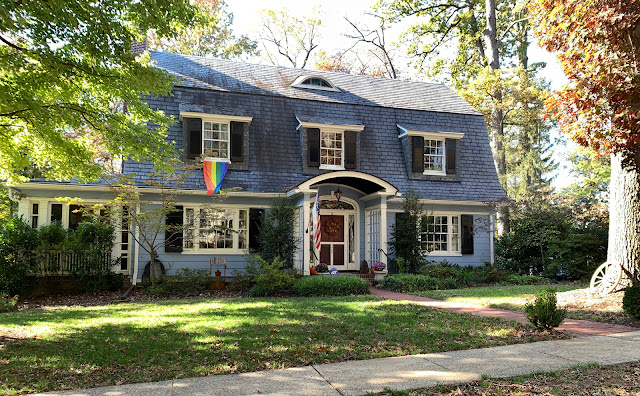 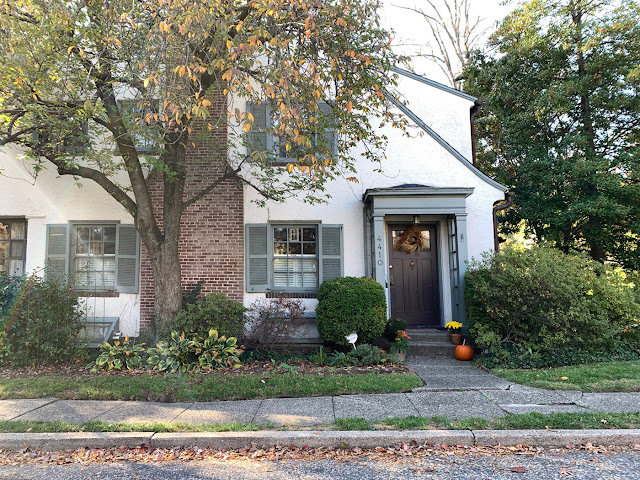 The houses on the Court are all of a similar style to bring cohesion to this very small area. Their entrances are on the side, leaving the front as massed windows that make a sunporch. 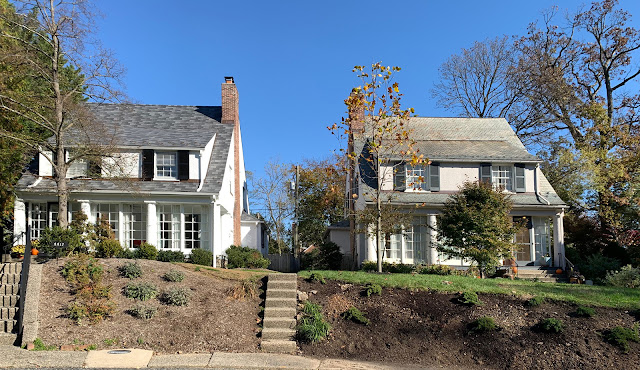 One of the issues with Norwood is that it backs directly onto Cold Spring Lane, and as with other projects, Palmer wanted to create a border delineating the edge of the neighborhood. 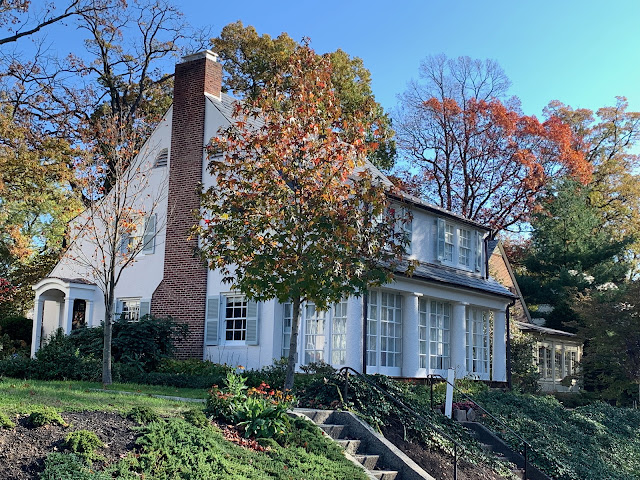 The Court loops away from Cold Spring, so the backs are to that busy street, and there is no access from there. Of course, there was just Cold Spring Lane in 1914 when these houses were built, not Old Cold Spring, which was replaced, in sections, by now-Cold Spring Lane. 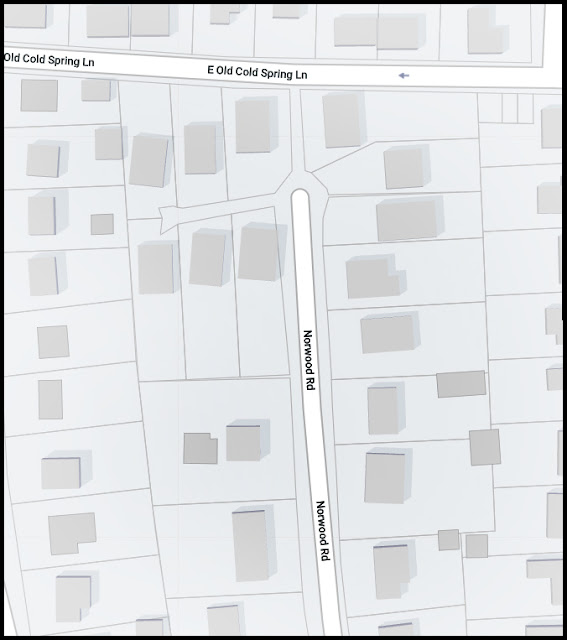 I would have driven down little Norwood Court, 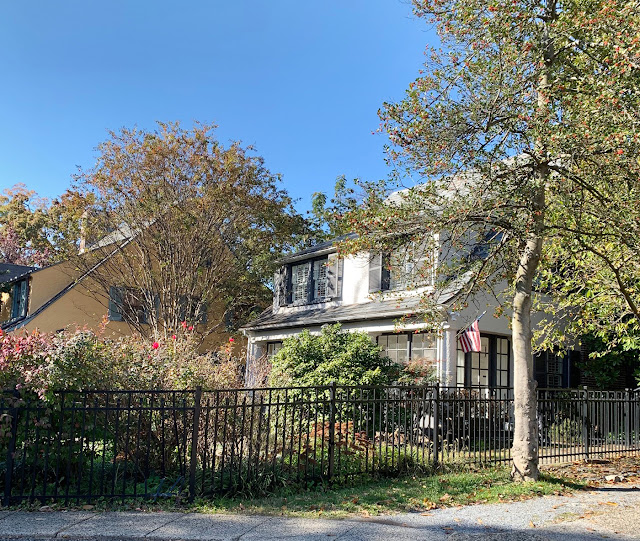 but I was being looked at rather suspiciously by a woman of similar age as I, and driving the exact same car! If you know me, you know she was correct in her assumption that I was up to no good!
at November 06, 2019

Email ThisBlogThis!Share to TwitterShare to FacebookShare to Pinterest
Labels: Guilford