As I was researching old newspapers, I came across an advertisement for Carl's, a very swank beauty salon located on one of the most wonderful blocks of Charles Street in Mount Vernon. 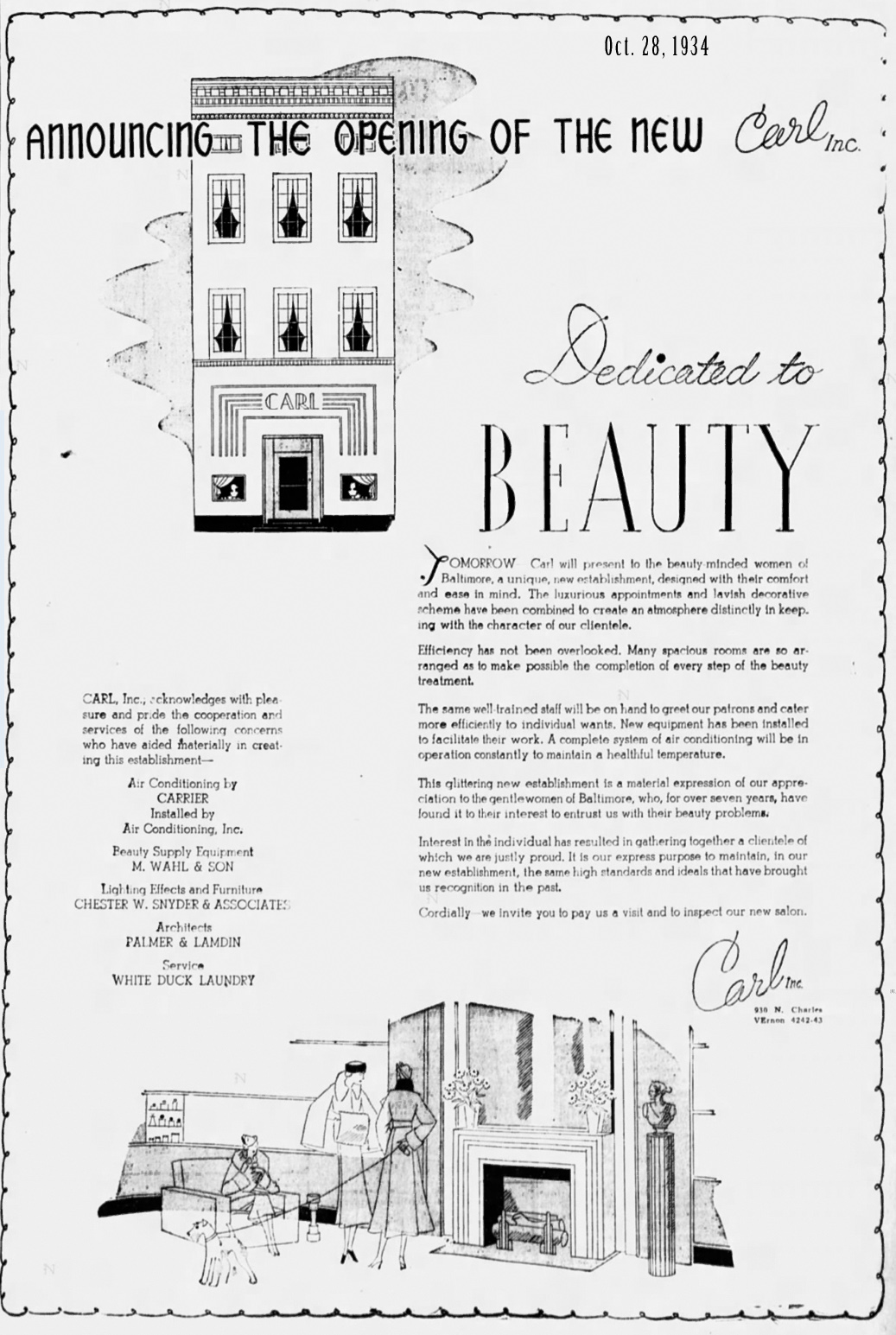 The ad, which was a full page, was to announce the opening of the salon and to thank the companies who had worked on the project, including the architects, Palmer & Lamdin. 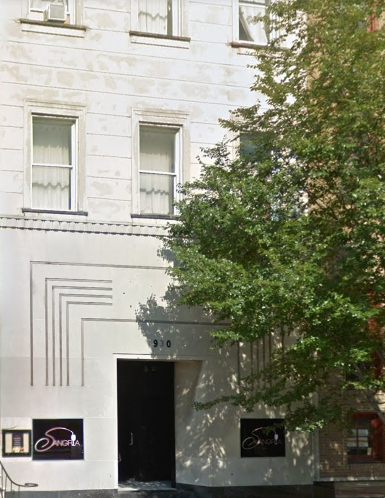 The building still stands today, with its distinctive Art Deco look on the ground floor. It was home to the elegant Red Maple bar a few years ago, and it's been a succession of bars and event spaces for the last ten or so years.

Amazingly, Carl's Intercoiffure salon, which opened in 1924, is still open today in Cross Keys, where it was one of the original tenants. At some point, it was also located on Read Street, and at another location on Charles Street. I haven't been able to find where it was located before the location above opened in 1934.