If you don't know it already, Cedarcroft is a small neighborhood in Baltimore, which is just north of Homeland and south of the city line. It was established in the late 1910s and early 1920s. The houses are generally smaller than the ones in Homeland, Roland Park and Guilford. Its laid out on a general grid and is a lovely neighborhood with many old-growth trees. 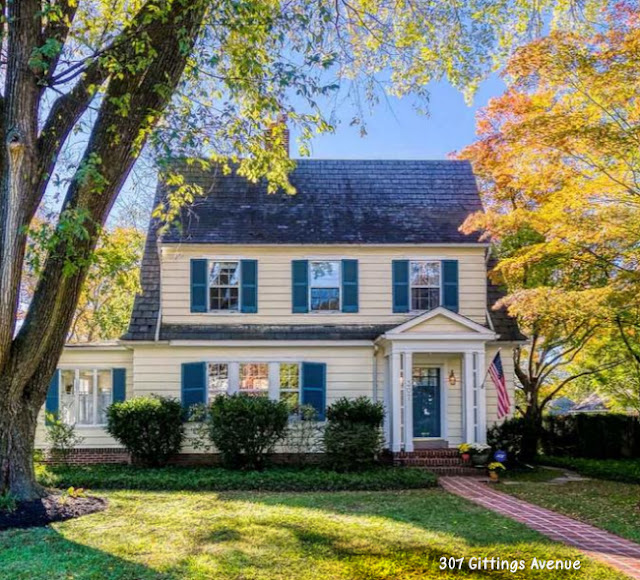 From the National Register of Historic Places' registration form:

In 1910, the Cedarcroft Land Company employed the architectural firm of Palmer, Willis and Lamdin to produce the subdivision plan. This was the period that Edward L. Palmer, Jr. chief architect of the Roland Park Company was working with Frederick Law Olmsted, Jr. as Olmsted designed the Guilford subdivision a short distance to the south. 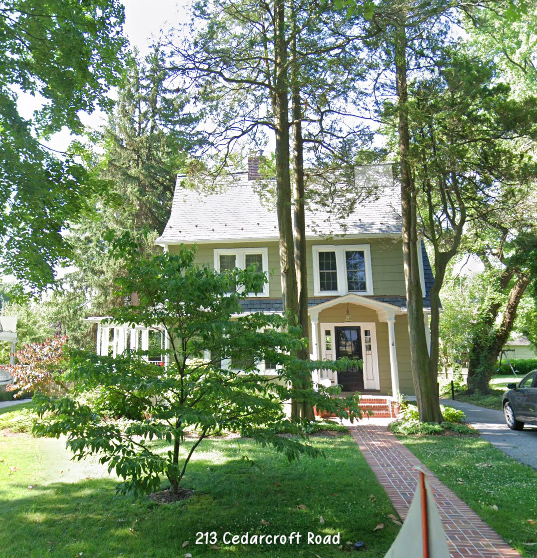 The development of Cedarcroft also illustrates the process by which the overall appearance of the community was shaped by a few influential house designs. The architectural office of Edward L. Palmer, Jr. created three plans for houses in Cedarcroft in 1916 and 1919. Although only eight houses were constructed using these plans, many of the design elements they employed came to be seen throughout the district. 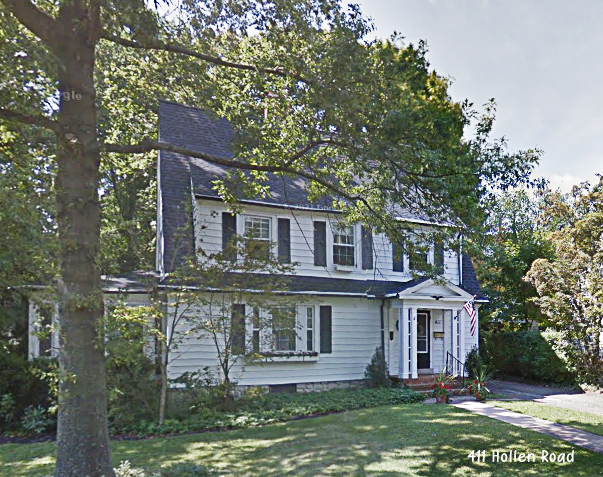 The path of the roadways of Hollen, Blackburn, and Pinehurst, plus the shallow gutters to be found in part on these roadways, reflect design motifs used in Guilford. Palmer's specifications for houses he designed in Cedarcroft directed builders to use the specifications that the Roland Park Company employed Palmer, continued his relationship with the Cedarcroft Land Company by creating three house designs in 1916 and 1919. 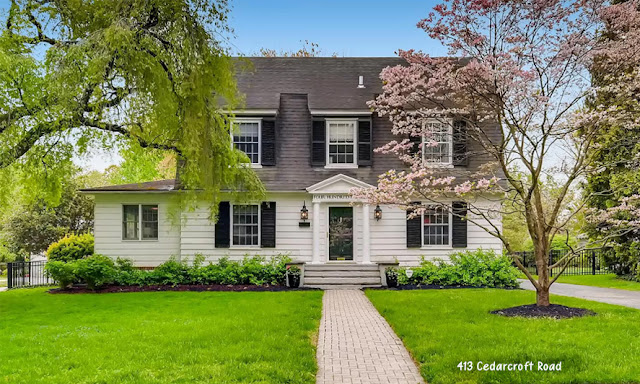 Two of these designs were used for the construction of seven houses. One design used both the ‘front façade’ and the ‘side façade’ as façades facing the roadway. Although there were several Dutch Colonial style houses prior to Palmer's Dutch Colonial at 413 Cedarcroft Road (1919), this outstanding design clearly influenced designers working in Cedarcroft. 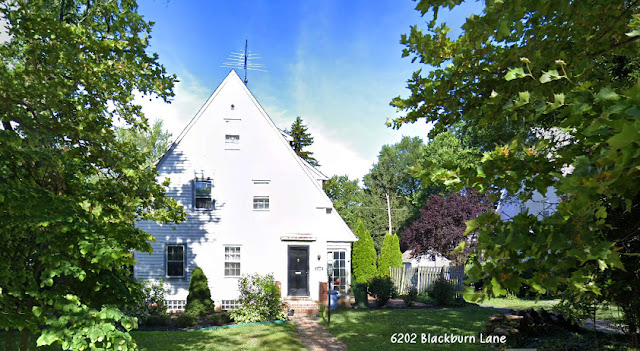 The majority of houses in this style in Cedarcroft were built between 1919 and 1930. In addition, Palmer's use of Tudor massing coupled with traditional ornamentation, such as at 6202 Blackburn Lane, clearly influenced other designs in Cedarcroft. Palmer's influence on the architectural quality of Baltimore's early 20th century residential suburbs is widely acknowledged. 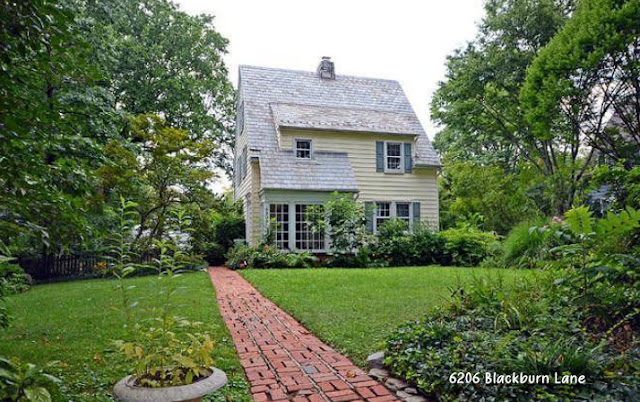 Palmer was the first of only two "Company architects" for the Roland Park Company, the other being John A. Ahlers who replaced Palmer in 1935. Both through their own design work and in their contribution to the standards and specifications which the Roland Park Company adopted, these men significantly influenced the quality of architecture found in Roland Park, Guilford, Homeland, the Orchards, parts of Dundalk and Original Northwood. 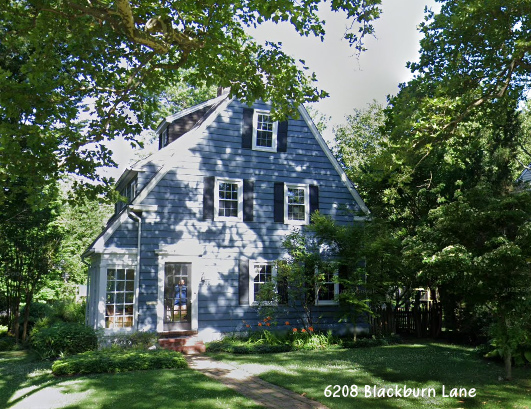 Many other developers adopted the Roland Park Company system for developments such as Tuscany-Canterbury, Oakenshawe, Woodbrook, Blythewood, and of course, Cedarcroft.

Another house in Cedarcroft is at 11 Gittings Avenue. This is a more typical P&L house with all sorts of wings, dovecotes, porches, etc. 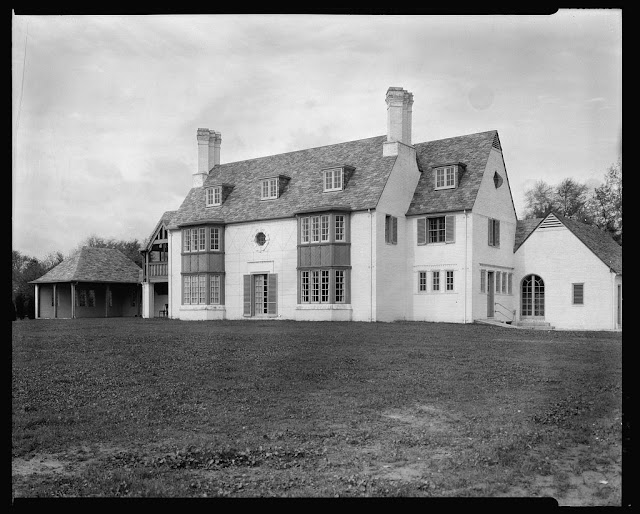 The house is hidden behind a number of old pine trees, and try as I might, I've been unable to get a good photo of it. Luckily, this image from the Library of Congress is in their files.
at August 04, 2022

Email ThisBlogThis!Share to TwitterShare to FacebookShare to Pinterest
Labels: Cedarcroft