Those of use who have lived in Baltimore for ages, might remember the beautiful (!) Homewood Garage, which was located on St. Paul Street, just above 33rd Street. It was originally built for the residents of the nearby Cambridge Apartments. Because of where it was located, it needed to be somewhat elegant, and P&L were just the firm to accomplish that. 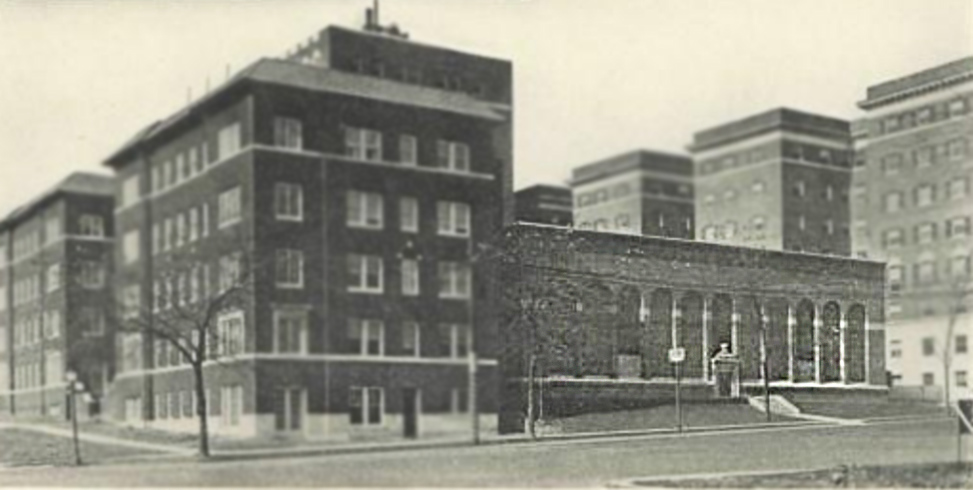 In 1926, plans were submitted to the city for a garage to serve the Cambridge Apartments which were on 34th Street between St. Paul and Charles Streets. 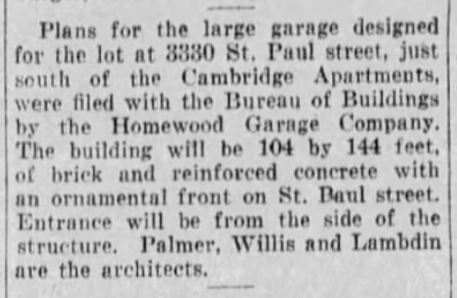 Construction started a few months later, which was mentioned in the Baltimore Sun. (If you look at the article above, you'll notice that Lamdin's name is mis-spelled as Lambdin.) 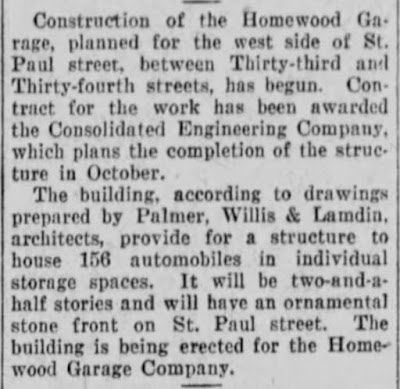 In September of 1930, the garage was featured in the Architectural Forum as part of an article about garages. 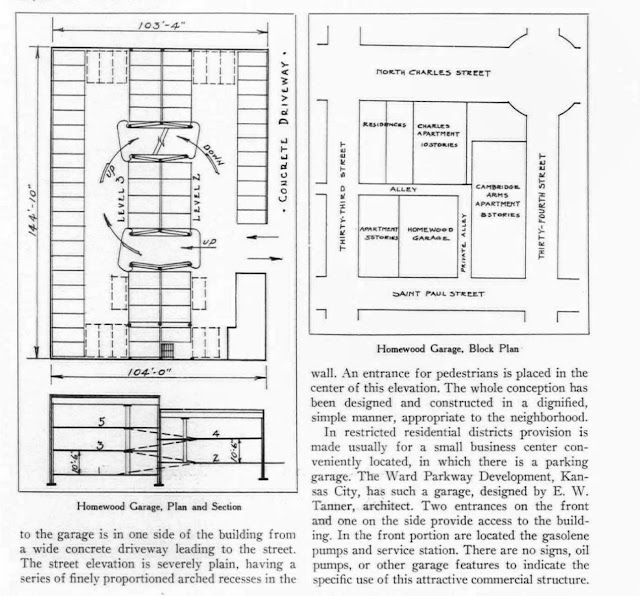 The Homewood Garage also featured in a specialist publication called "The Modern Garage" which looks like it was published to promote the D'Humy Motoramp Garage system. The first image is from that publication.

Sadly, the handsome Homewood Garage was torn down in 2003 to build the bland and boring "Charles Village Project." The garage and another building were torn down, and then the lot sat empty for a number of years. Hopkins has a history of tearing down buildings and then leaving the property as a vacant lot for ages (see: seven houses at the Wyman Park Dell to be demolished).

If anyone has images of the late Homewood Garage, please send them to me at pigtowndesign at juno dot com.