From the earliest days of their partnership, P&L had an affiliation with Gibson Island, a small community located between Baltimore and Annapolis on the Chesapeake Bay. The landscaping plan was devised by the Olmsted Brothers Corporation. 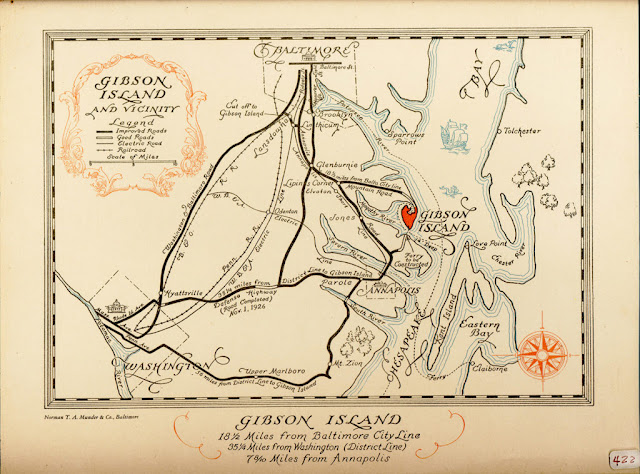 The first mention of GI in the catalogue raisonné at the University of Baltimore is a notation of Palmer designing his own house on the island. This is followed by the Donald Sherwood House, the Paul Patterson House and the Symington House. Additionally, there is a house for Mrs. M.M. Anderson.

In April of 1930, there is a mention in the Baltimore Sun that ELP had sold his house on Skippers Row, on Harbor Water Road, overlooking the inner harbor. 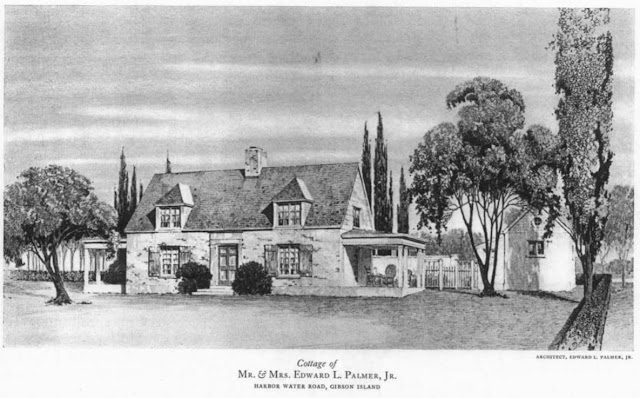 It contained 10 rooms, and two baths and sits on a lot of 129 by 212 feet. “Mr. Palmer, according to the announcement, has purchased a site on the island for the erection of a larger house during 1931.”


I had a chance to visit GI a few weeks ago on a beautiful summer day, just after a big storm blew through. 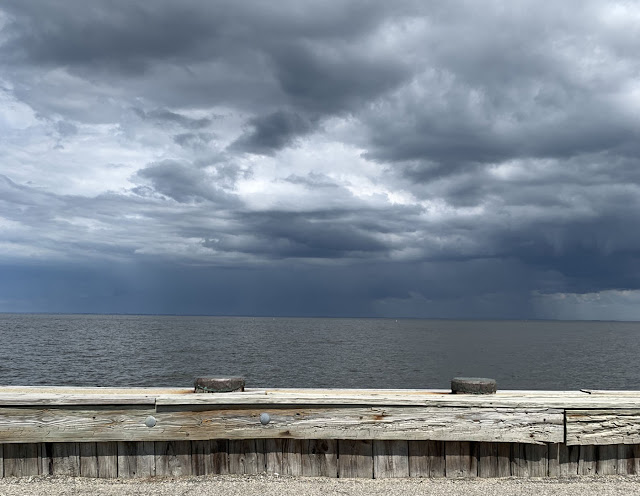 My friend, who is a member of Gibson Island, and I drove around trying to figure out which houses were designed by P&L. Because we've had so much rain this summer, everything was lush and green, so it wasn't very easy to see the houses. And because GI is such a private place, the houses are set back from the road. 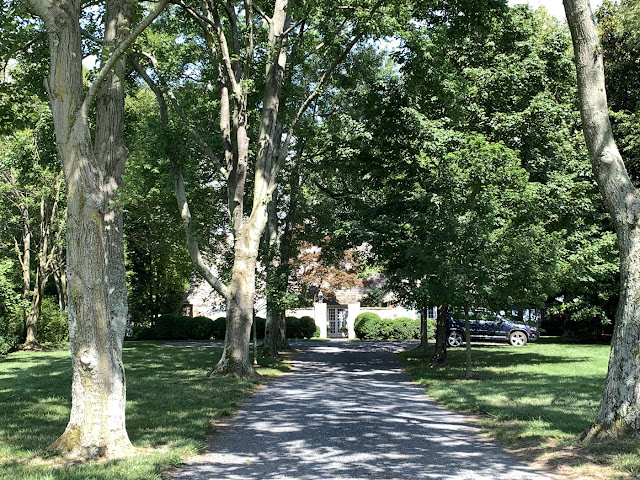 The house below, located next to the GI Clubhouse, is the Donald Sherwood House, as mentioned above, which looks east over the Chesapeake Bay. In the third picture, I tried to take a picture of the weather vane from the second picture, but because of the greenery, you can't see it. 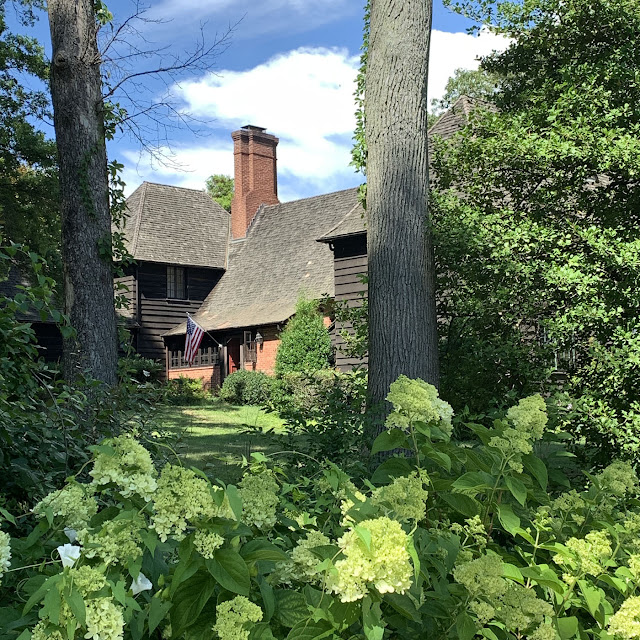 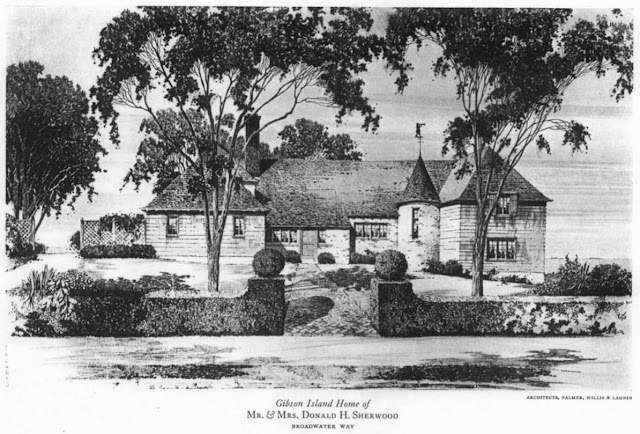 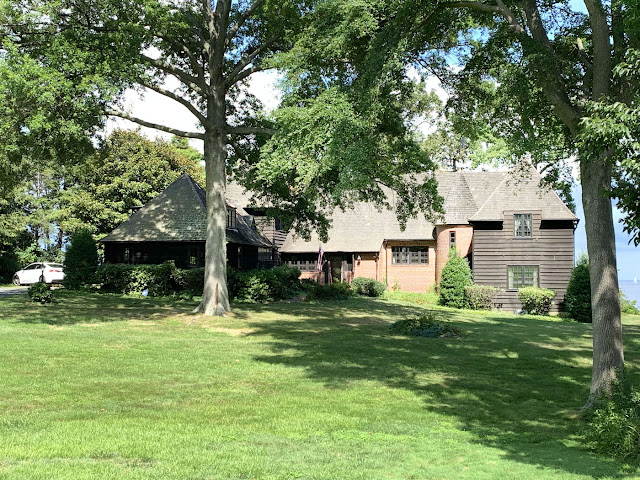 Just north of this house is St. Christopher's By-the-Sea, the non-denominational chapel on the island. I've been to several small (because the chapel is small) weddings there, and it's completely charming. 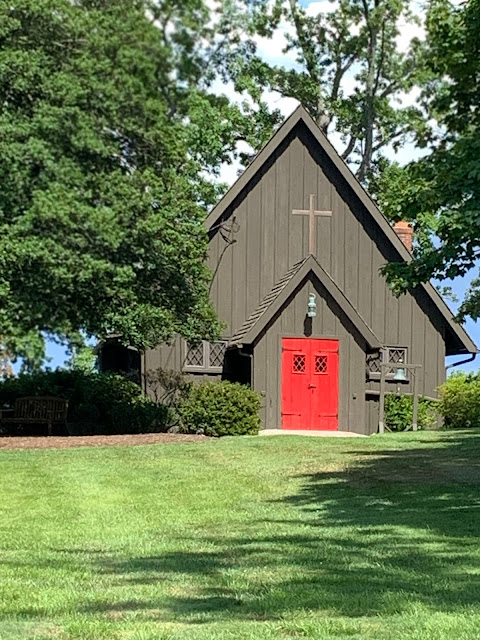 Gibson Island sometimes has real estate open days, so keep your eyes open for that. Otherwise, the island is private and your name must be on a list in order to visit.
I left the island to drive back to Baltimore just as the sun was setting over the harbor. 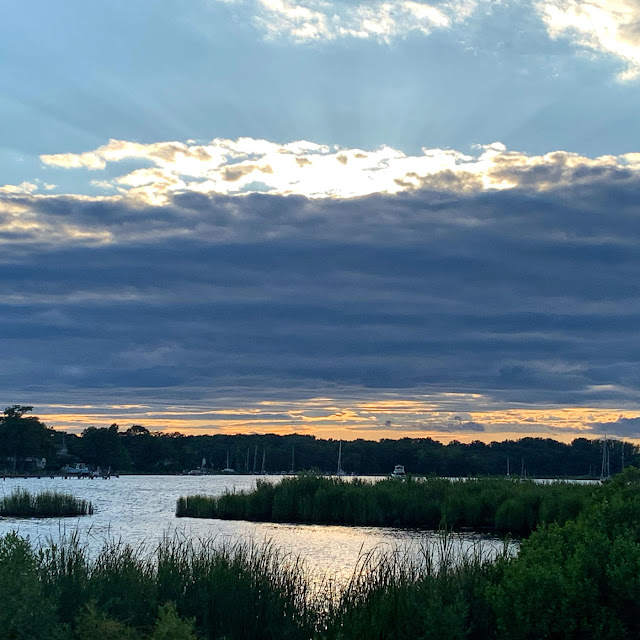 We are so fortunate to have places like this in our backyard.
at September 25, 2020

Email ThisBlogThis!Share to TwitterShare to FacebookShare to Pinterest
Labels: Gibson Island, Then & Now