This spectacular house was one of the earliest houses built on Gibson Island, and it was designed in 1926 by Palmer, Willis & Lamdin, in the few short years they worked together. By 2014, it had only had three owners. I found a listing from that time, but there also seems to be a more recent one, which is undated. 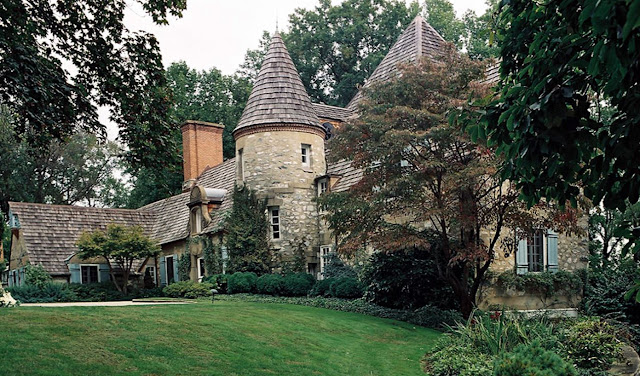 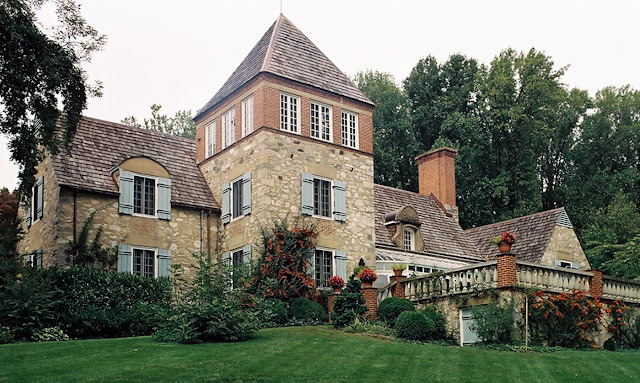 The house is designed in a French Chateau style complete with a turret and a steeply-pitched shingle roofed tower. The interior of the house has a number of rustic accents, as well. The front door opens onto a 35x25-foot great room with a beamed ceiling and a huge fireplace. (There seem to be two sets of pictures of this house, so I am sharing both.)

This great room divides the house with public rooms to one side and private spaces to the other. The private rooms include a first-floor main suite 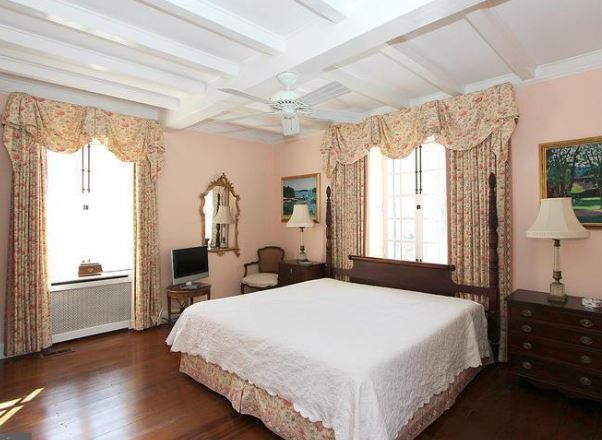 and additional bedrooms on the second floor are accessed by a spiral staircase in the stone turret. 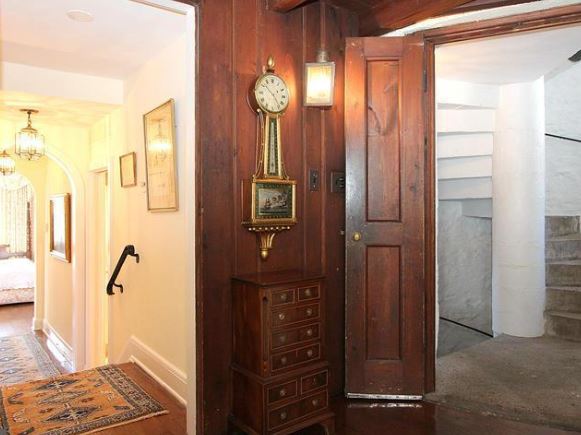 The third-floor tower room has a 360-degree view of the bay and the river. 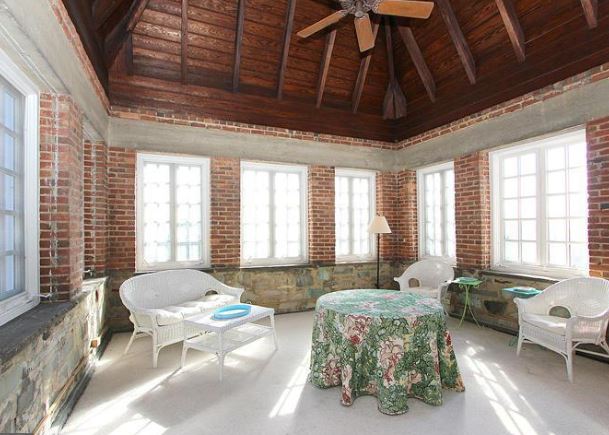 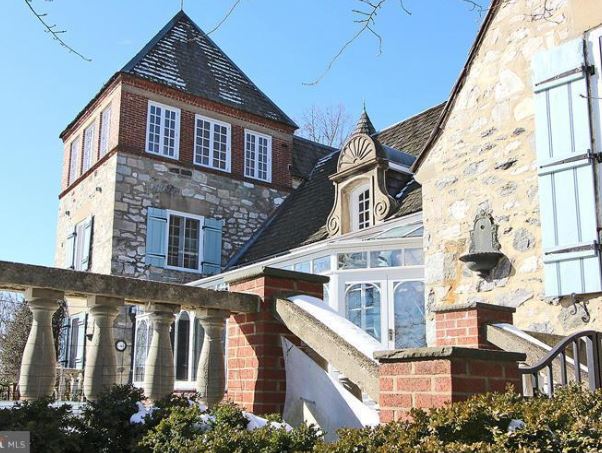 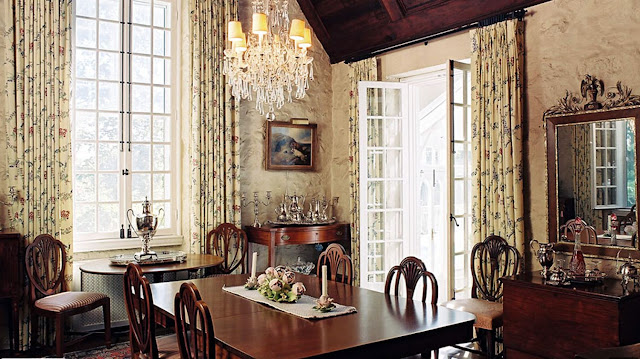 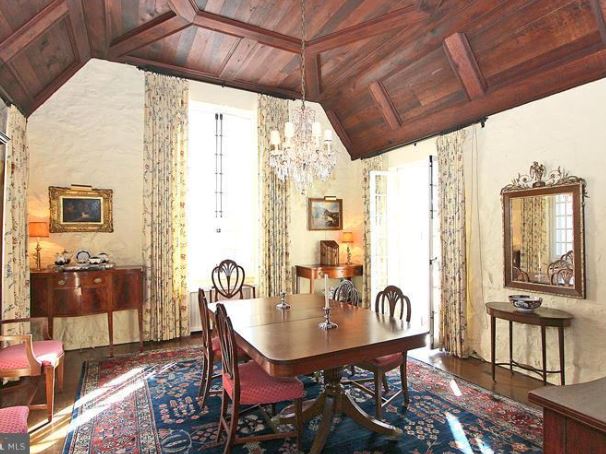 a kitchen, a library 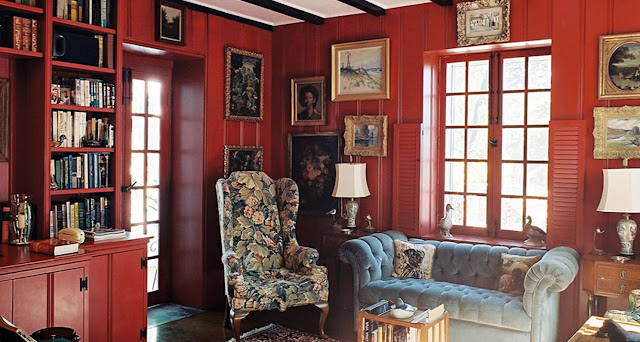 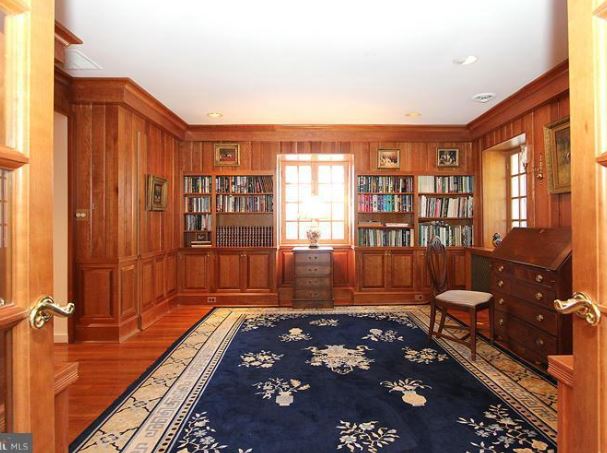 and a conservatory with a heated floor. 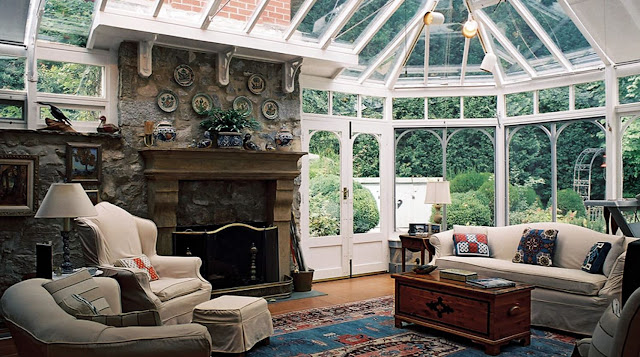 There is a pool behind the house and the landscaping, at least when these pictures were taken, was sympathetic to the style of the house. 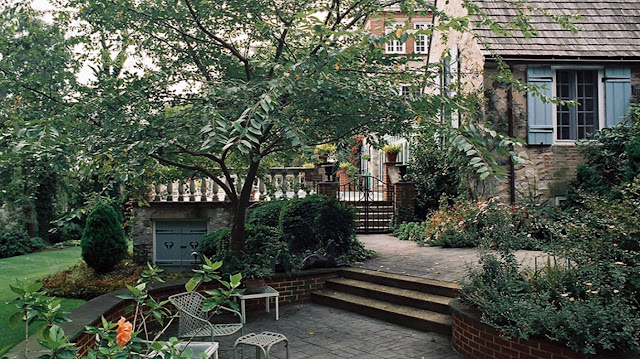 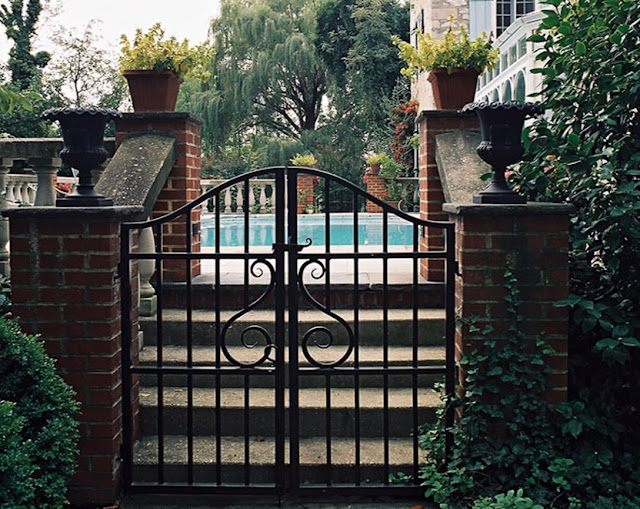 There are also some quirky architectural details on the house that reflect the care that architects used to put into their creations. You can see P&L's signature dovecote on the right of the picture. 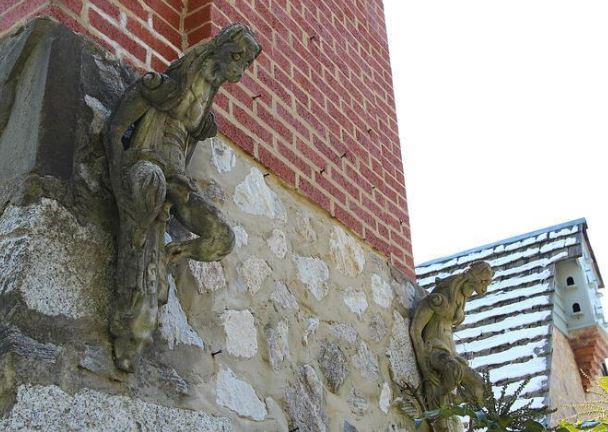