100 Upnor Road: One of Baltimore's Beauties

Although this house is in a prominent location, it's actually a little hard to find. It's located just across from the Cathedral on Charles Street at the corner of Upnor Road and the property is surrounded by huge old foliage. 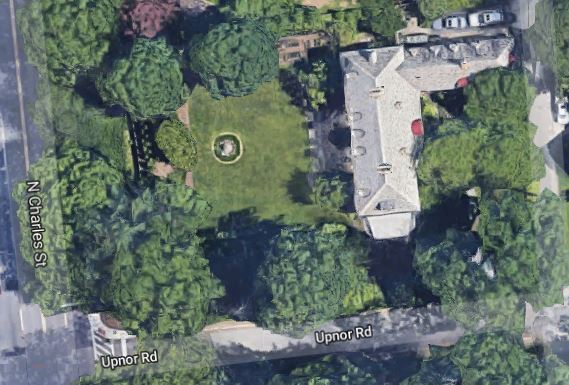 It is unusual in that it is constructed  mainly of stone, not the usual brick, or brick and stone combination that P&L favored. While there is some brick, it's mainly used as an accent to the stone.

100 Upnor first is mentioned in the Roland Park Magazine in 1931, and there is an interior image of the house. 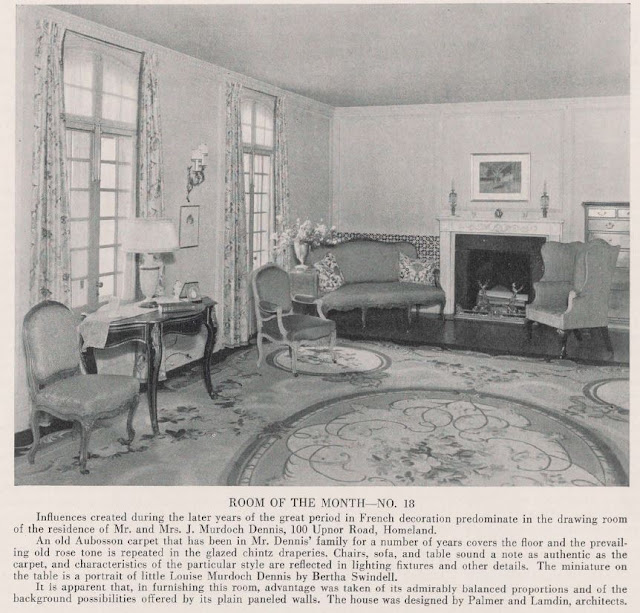 Mr. & Mrs. J. Murdoch Dennis were probably the original owners of 100 Upnor Road. His name appears to be spelled as either Murdoch or Murdock, depending on the publication. In 1916, he purchased a lot in Guilford at the  but said he wasn't going to build right away and was deciding on an architect. In 1917, they are living at 1226 St. Paul Street. But in 1919 the couple seems to have rented a house at 4102 Greenway for a "period of years." In 1920, they'd purchased property on "Charles Street Extended aka Charles Street Avenue" and were living there into 1923. By 1924, he'd purchased a house at 13 (or 17 depending on the publication) E. Eagar Street. in 1926, he buys a house at University & 39th Street, only to sell it a year or so later.

In June of 1929, there is a mention of Dennis acquiring a property on Charles & Upnor, across from the "proposed Catholic Cathedral." 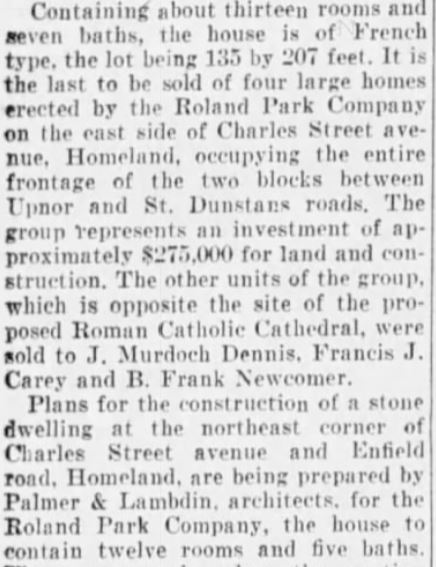 Around 1929, which is when it was built, it looks like the Dennis family moved to the house at Upnor Road. 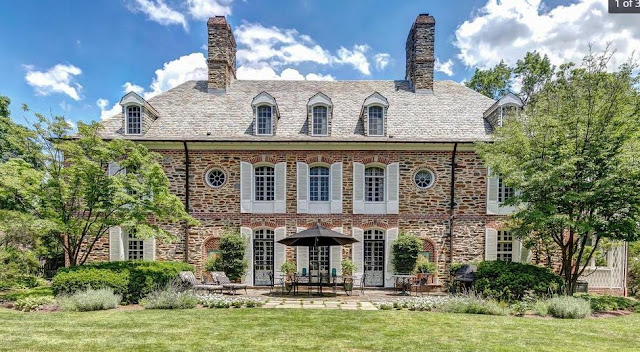 For all of the newspaper squibs about each and every move, there is scant information about the Dennis family moving into the house at Charles and Upnor Road. By 1936, they'd moved again, to an apartment at 100 W. University Parkway and had leased their house. 100 West was a posh apartment house with huge apartments. 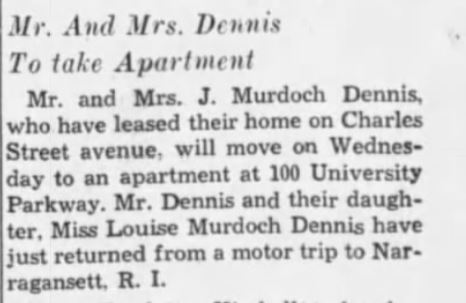 The daughter, Louise, was making her debut in 1936, so you think the family would have kept their huge house so they could have parties for her... or maybe they were short of cash from the debut and needed to downsize!

Now to the house itself! There are loads of P&L signatures on the house. 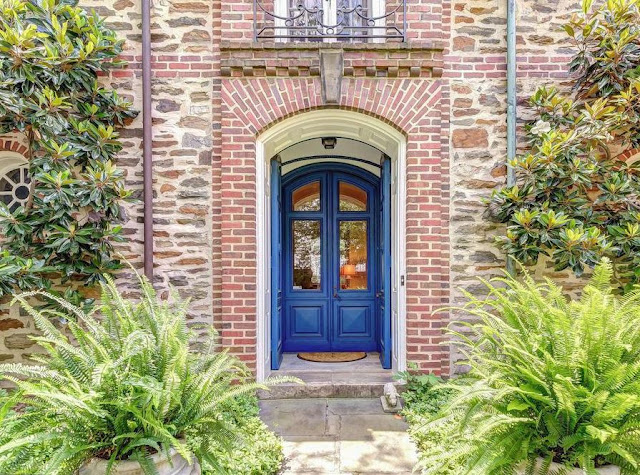 The front door, the location of which is hard to discern, features the mix of stone, with interesting brickwork. 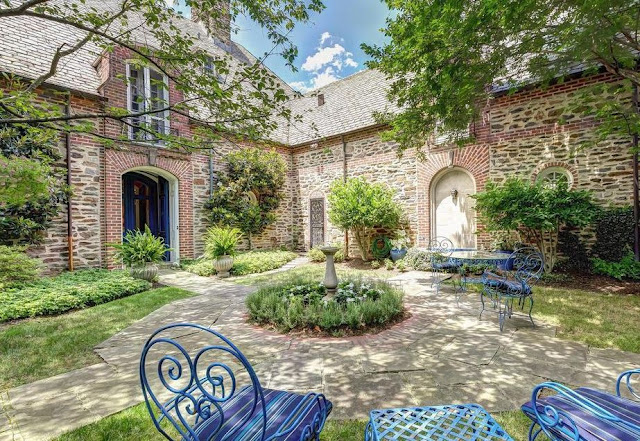 The court yard is loaded with details and is a perfect place for spending time outside. The oeil-de-boeuf window probably provides some light to the attached garage. 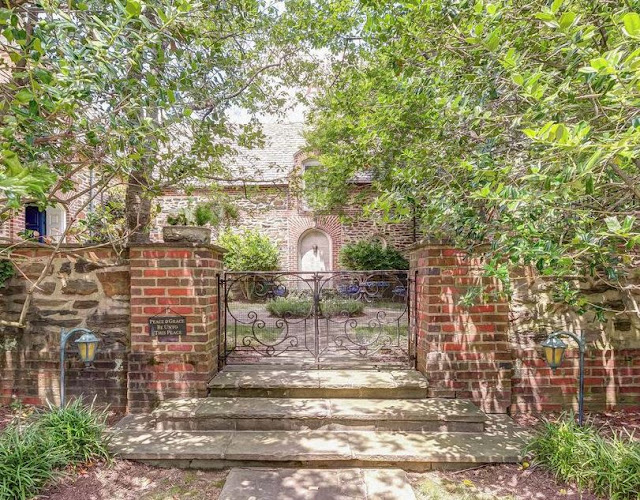 Above the fountain niche, there is a great window, and above that, there's a dovecote, a P&L signature! 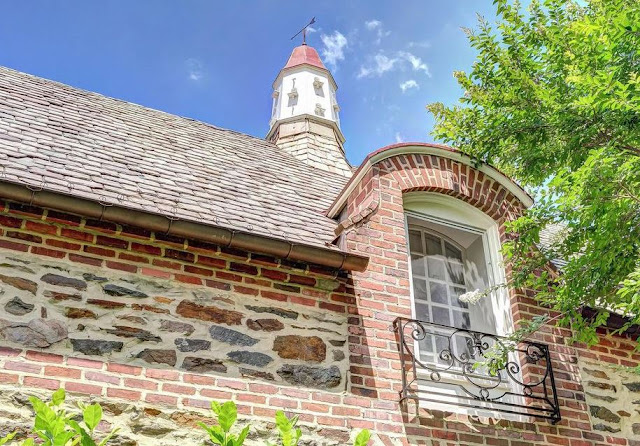 On the Charles Street side of the house, there are a set of three French doors leading to a large bluestone terrace. There are inset niches on either side of the doors. 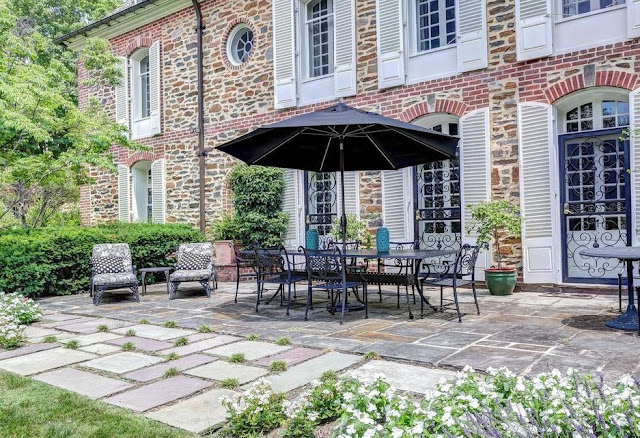 The terrace looks over a huge expanse of lawn and is protected from prying eyes and the constant traffic by huge old trees. I love the lattice-work sunroom on the right. 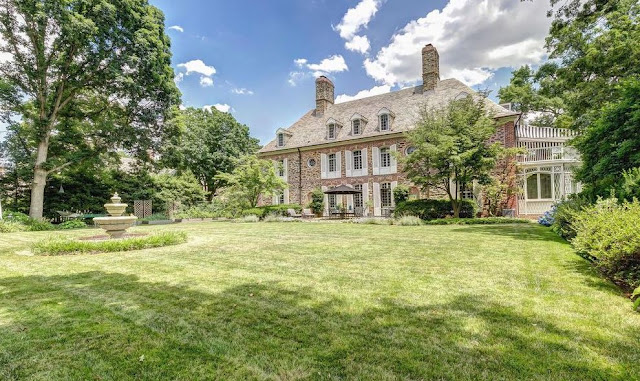 I am not exactly sure whether this property is on the market right now, but you can read about it here.
at August 13, 2019

Email ThisBlogThis!Share to TwitterShare to FacebookShare to Pinterest
Labels: Homeland, On the Market